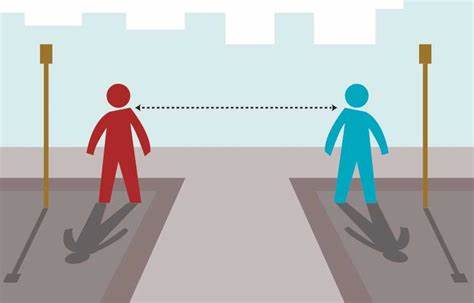 A second day of vote counts did not change much the trajectory of Washington’s electorate, unfortunately.

Election Night, Washington voters appeared to give in to the inevitable and re-elected Democrat Jay Inslee to four more years of lying about raising taxes, while still giving more government benefits to his biggest friends, in the public employee unions and among his other big campaign donors. Inslee is leading first-time Republican candidate Loren Culp by 17%. The Democrats, with the exception of failing again to defeat Republican Secretary of State Kim Wyman, are holding onto power in the other dozen statewide executive seats and state supreme court races, in an election that was dominated by Seattle voters (and money) exerting their will over the rest of the state.

Thankfully, even a few Democrats know they need someone trustworthy in the Secretary of State position, to make sure the elections are run smoothly (and even fairly). Don’t want to upset the locals with election shenanigans, like in 2004.

The biggest story of the night, or at least the one that gives the most hope, is that voters are rejecting the radical left positions and the many Democrat candidates who have been trying to convince voters these are the new, post-pandemic “normal”.

In the Lieutenant Governor race, hyper-partisan Democrat Senator Marko Liias once again failed to get a bump in pay (as he lost for State Treasurer in 2016), and was slaughtered by the more moderate (this is relative, after all), Democrat Congressman Denny Heck. The voters rejected Liias (and the labor unions funding his effort) and his campaign promises to push for “bold, transformational changes”, including reducing penalties for criminals, taking guns away from the police, and new progressive taxes.

Liias, obviously not content with being a State Senator, will be looking for his next government position in the coming months.

Another radical Democrat, State Representative Beth Doglio, lost her bid to move up to the 10th Congressional District seat, and steer the state and country to the left. Doglio is trailing former Democrat Tacoma Mayor Marilyn Strickland by almost 14% points. Doglio, a climate change activist/extremist and consultant, is endorsed by the equally wacky Democrat U.S. Representative Pramila Jayapal and would be a much better fit in Jayapal’s Seattle-based district.

Doglio’s primary goal was to spend trillions of taxpayer dollars on the Green New Deal, the legislative rip-off dreamt up by a freshman congresswoman whose main previous job experience was tending bar.

Other congressional races are playing out as expected, with all nine incumbents winning easy re-election across the state.

In the 5th Legislative District, early returns indicate the massive amount of money the Democrat special interests have spent to take out one of their own, veteran Democrat Senator Mark Mullet, might pay off. Mullet is trailing in his 5th District seat against big money (but unqualified) “progressive” Democrat Ingrid Anderson by half a percent. Anderson has enjoyed massive financial support from the Washington Education Association and Service Employees International Union, which are trying to buy the election for a candidate who will support a state income tax and a carbon tax. The race is still too close to call, and Mullet may yet prevail, but it stands as an intimidating shot across the bow by the radical Left trying to take full control of the State Democrat Party.

Some good news for all Washington residents, we won’t be seeing the most long-running  liberal Democrat, ex-Speaker of the House Frank Chopp, dye his hair blue this year (which Shift had recommended he should do if he lost his re-election campaign). Instead Chopp, who was facing radical socialist Sherae Lascelles in his re-election race, is currently dispatching her by 34%.

Apparently, even Seattle has its limits, and the far-Left activists living in the 43rd District (Home of the CHAZ), rejected Lascelles and her policies for more rights for sex workers, rent control, and higher taxes.

One bright spot for Republicans Election Night was the apparent defeat of Democrat Senator Dean Takko and Democrat Representative Brian Blake, both from the 19th Legislative district. While in Blake’s case the race is still too close to call, Takko is trailing Republican opponent Jeff Wilson by 9 points. The 19th Legislative District has been trending Republican over the last few years, after decades as a union Democrat stronghold, as residents there have realized the Democrats just don’t like rural voters that much anymore.

Washington appears to slowly be waking up to the radical split in the Democrat Party, and their plans to move the state far to the left. Voters spoke clearly Election Night and demonstrated that they don’t want to see Seattle-style politics and policies spread to the rest of the state.