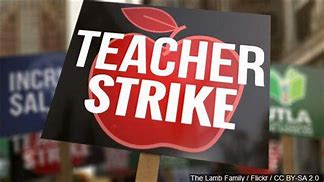 You know things are bad in Olympia when the Washington Education Association (WEA) has enough in extra dues dollars to start throwing money to take out an incumbent Democrat Senator because he supports school choice and opposes a state income tax. Public Disclosure Committee (PDC) records show that the WEA has spent $275,000 so far to support the extreme intra-party opponent to incumbent Democrat Mark Mullet.

Mullet’s crime? He voted, as his district did when charter schools were on the ballot, for school choice and against a regressive tax increase.

Mullet’s support for charter schools and his opposition to Democrat Governor Jay Inslee’s Income Tax on Capital Gains shows that he is trying to represent his constituents, not the special interest groups with big money to throw around in Olympia. The other Democrat Senator that voted with Mullet on charters, Guy Palumbo, has already been forced out, and resigned his seat under censure from his own party and the threat of a primary by a socialist.

It’s not the first time in recent memory that the extreme, socialist arm of the Democrat party has flexed its power over its own.

Back in 2014, Democrat Senator Jean Berkley was removed from office by a last-minute, illegal smear campaign funded by trial lawyers, union bosses, and other self-identified “progressive” groups. They hired and conspired with the Democrat-run consulting group Moxie Media to illegally hide from voters the source of advertising aimed at removing Berkley from office. Moxie Media was caught, after the election where Berkey was narrowly defeated due to the illegal tactics. The fine against Moxie Media for breaking the law was $290,000 and, at the time, was the largest campaign finance violation ever imposed by the state. The ultimate $150,000 fine, since $140,000 was suspended for Moxie not continuing to break the law for a couple years, was well worth the cost for the unions and other far-Left  interests to win the seat for their chosen candidate, and to also send the message to other wavering liberals to toe the line or face similar primary opposition.

Further back, in 2004, the target was Democrat Representative Helen Sommers, when union bosses at the Service Employee International Union (SEIU) decided she had to go. Her offense? She voted against massive tax increases the state couldn’t afford, which were to fund new union contracts. Even then-Democrat Governor Gary Locke opposed the tax increases and supported a ‘No New Taxes’ policy. Sommers, who normally enjoyed union support, made one vote that upset the unions and they tried to take her out. In this case, however, they failed in the days before the Top Two primary. Ultimately, however, the union still got their raises.

Sen. Mullet is facing the same type of underhanded and rabid partisan attacks. Already the combined spending by the Democrat unions on Mullet’s race (in support of his Democrat opponent Ingrid Anderson) is close to $1 million. And that’s without a Republican in the race. Anderson supports massive tax increases, including an income tax, and, as she says, “alternate” revenue. It’s obvious the Democrat Party, which is backing Anderson, want her vote for new taxes on Washington residents.

Apparently, for Democrats, the way to get union support is to support the largest tax increase you can.

Democrat Governor Jay Inslee endorsed Anderson over Mullet to support his public-sector union friends, which already enjoy huge amounts of public dollars he committed to union contracts in secret, backroom deals. It exposes how much Inslee is in the pocket of the WEA and other special interest groups. Inslee, who previously has supported Mullet, couldn’t wait to endorse Mullet’s opponent once special-interest money was on the line.

Mullet, in a rare act of Democratic defiance, opposed Inslee earlier this year by calling for a special legislative session to address the massive budget shortfall the state is facing. Inslee refuses to acknowledge the dire budget situation and fulfill his constitutional duty of calling for a special session. A special session would allow the legislature, the elected representatives of the voters of Washington, to curb the governor’s emergency powers and renegotiate the raises given to Inslee’s union cronies in July. While Washington voters struggled to make ends meet because of Inslee’s, nonscientific, lockdown orders, Inslee’s friends got raises and time off on the taxpayer dollar.

Should Mullet win in November, there will be immense pressure from the unions to change his vote to support new taxes. They will do everything they can to force him to change his mind.

It demonstrates the professional Left cannot tolerate anyone who disagrees with their dogma and their extreme, socialist agenda. They use any means, legal or not, to win.