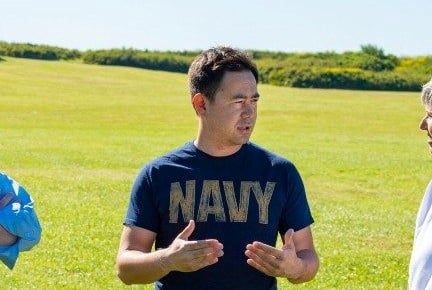 In the ultimate snub to the voters of the 10th Legislative District – and all of Washington State –  Democrat Speaker of the House Laurie Jinkins has appointed her fellow Democrat Representative Clyde Shavers, who lied about his military service (among other things) during his campaign, to the State House Committee for Veterans affairs.

Let’s recap – Rep. Shavers lied about his military service and has been appointed to the committee that oversees military issues for the state. That’s the Democrat way, evidently.

Rep. Shavers, who got caught multiple times lying to the voters during his recent campaign causing even his own father to write a letter denouncing his son, continues to be supported by the Democrat leadership.

The lies were even too much for the liberal Everett Herald, which reluctantly withdrew their glowing endorsement of Shavers’ campaign over incumbent Republican Representative Greg Gilday. Of course, you could ask the question why the Herald didn’t endorse Rep. Gilday in the first place, but this is the Everett Herald we are talking about. The paper only endorses Republicans if there is no other option, and their backs are against the wall.

And lying about your military background was evidently a breaking point for the Herald. Now it seems that Speaker Jinkins is willing to overlook Shavers previous lies and give him the ability to impact legislation for veterans. Even Shavers biography page, created by Democratic staff members and likely featuring more lies, attempts to make it look like his military service wasn’t just a desk job in government affairs. Unfortunately for the Democrats, Shavers’ dad was explicit in his evisceration of his son describing how he failed to graduate his military classes.

Not only did Rep. Shavers lie about his military service, he also failed to mention he hadn’t passed the bar exam In Washington State when he claimed he was a lawyer. Pretty much a must have if you want to practice law in the State of Washington legally. But, again, not a lie Democrats care about.

Just like the Democrat Political Action Committees which continued to pour money into Shaver’s campaign after the news broke of his verbal infidelity, Speaker Jinkins is more interested in keeping the seat than being honest about the trustworthiness of one of her representatives. For Jinkins, power is more important than the truth.

Unfortunately, for voters, everything Shavers now does will be questioned – just not by his Democrat colleagues.

Unlike Republican Congressman George Santos, who has been asked by both Democrats and Republicans to step down based on his campaign untruths, no one from the Democrat party in Washington has even hinted that Clyde Shavers should step down, least of all the Democrat leadership in the House of Representatives. Because, lying doesn’t matter, if Democrats do it to win elections.

Even if Rep. Shavers did step down, the Democrats would be able to pick the replacement for him who might have to tell the truth later this year in a special election. That is unless the Democrats can delay Shavers’ ultimate resignation until after filing closes in May, in which case they’ll get another year before facing the voters again. Which is undoubtedly the Democrat goal, even if it leaves the 10th district without representation.

Maybe Shavers will run a bill exempting politicians from lying about their stolen valor on the campaign trail. At least then, he might be able to sleep at night. Scratch that, we’re sure he sleeps just fine. Just as the Democrats do, happy as dogs in the kennel, even with a few fleas among them.