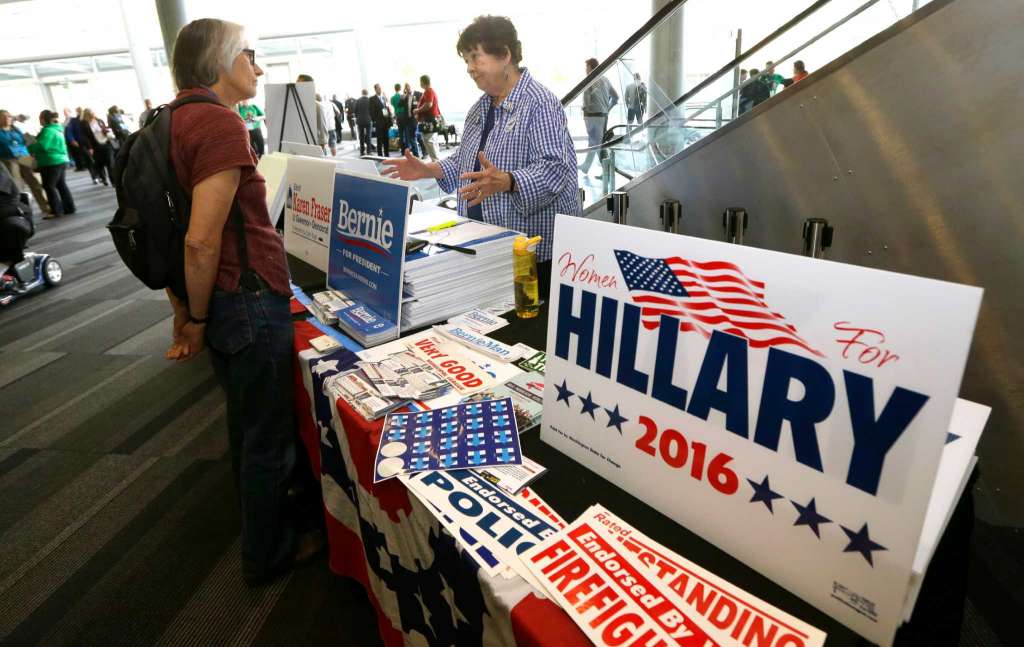 Socialist Bernie Sanders’ influence on the Democratic National Committee’s (DNC) official policy platform is clear. The party’s platform includes calls for a national $15 minimum wage, the abolition of the death penalty, and the re-instatement of the Great Depression-era banking regulations known as the Glass-Steagall Act.

But, the DNC’s platform also includes significant “defeats” for Sanders. The platform does not call for a carbon tax and it does not call for national single-payer healthcare (rather, it seeks to build on the rarely accurate “successes of Obamacare”).

Though he may have suffered some policy defeats at the national level, Sanders could take comfort in the fact that at least one state succumbed to his socialist ideals almost completely. Washington State Democrats were only too happy to follow Sanders’ policy prescriptions — as we recently reported, their party platform includes a carbon tax.

“An affordable universal single-payer system to provide the most equitable and effective health care, serving both individual and public health needs.”

This November, voters in Colorado will decide whether or not to implement single-payer healthcare. Other states — led by Sanders-inspired Democrats — will likely try as well.

Given their party platform, Washington Democrats can surely be counted among those who will try for a socialized system.

Of course, in order to achieve their goal of a completely government-run healthcare system – the Internal Revenue Service, without the friendliness — Washington Democrats would face significant hurdles. Via the Independent Institute:

“First, Medicare (which covers most senior citizens) is already fully federal. States have no role in either financing or organizing its care… The models are designed by federal bureaucrats in an office in Baltimore, who are highly unlikely to ever yield power to state counterparts…

“Second, Medicaid (which covers most low-income residents) is also largely federal, with over half the money coming from Washington. Although it is operated by the states as part of their welfare bureaucracies, states deliver benefits under strict federal constraints.

“Any change in the program, such as in how care is delivered to disabled patients at home, even if desired in only one county or city, requires a federal waiver, which is only won after lengthy, strained and complex negotiations between state and federal bureaucrats. And the waiver will be limited to a few years…

“Third, most private health insurance is offered as group coverage through employers. Employers with more than 100 or so workers almost always take advantage of the federal Employee Retirement Income Security Act (ERISA) to self-fund these benefits, which preempts state insurance laws.

“So a state could not simply institute a single-payer system… It would have to get Congress to approve a transfer of both finances and statutory authority over these three groups (the elderly, the poor and those working for large businesses), which constitute the majority of the population.”

There is also the problem of selling socialized medicine to the average voter. A week before the November elections, the Obamacare exchange will open and Americans will see double-digit insurance rate hikes. Then, of course, there are all the “glitches” that have accompanied implementation of the (UN)Affordable Care Act.

The many failures of Obamacare have not exactly inspired confidence in the federal government’s ability to actually operate such a system.

But that won’t stop Bernie Sanders and Washington Democrats from trying … unfortunately.