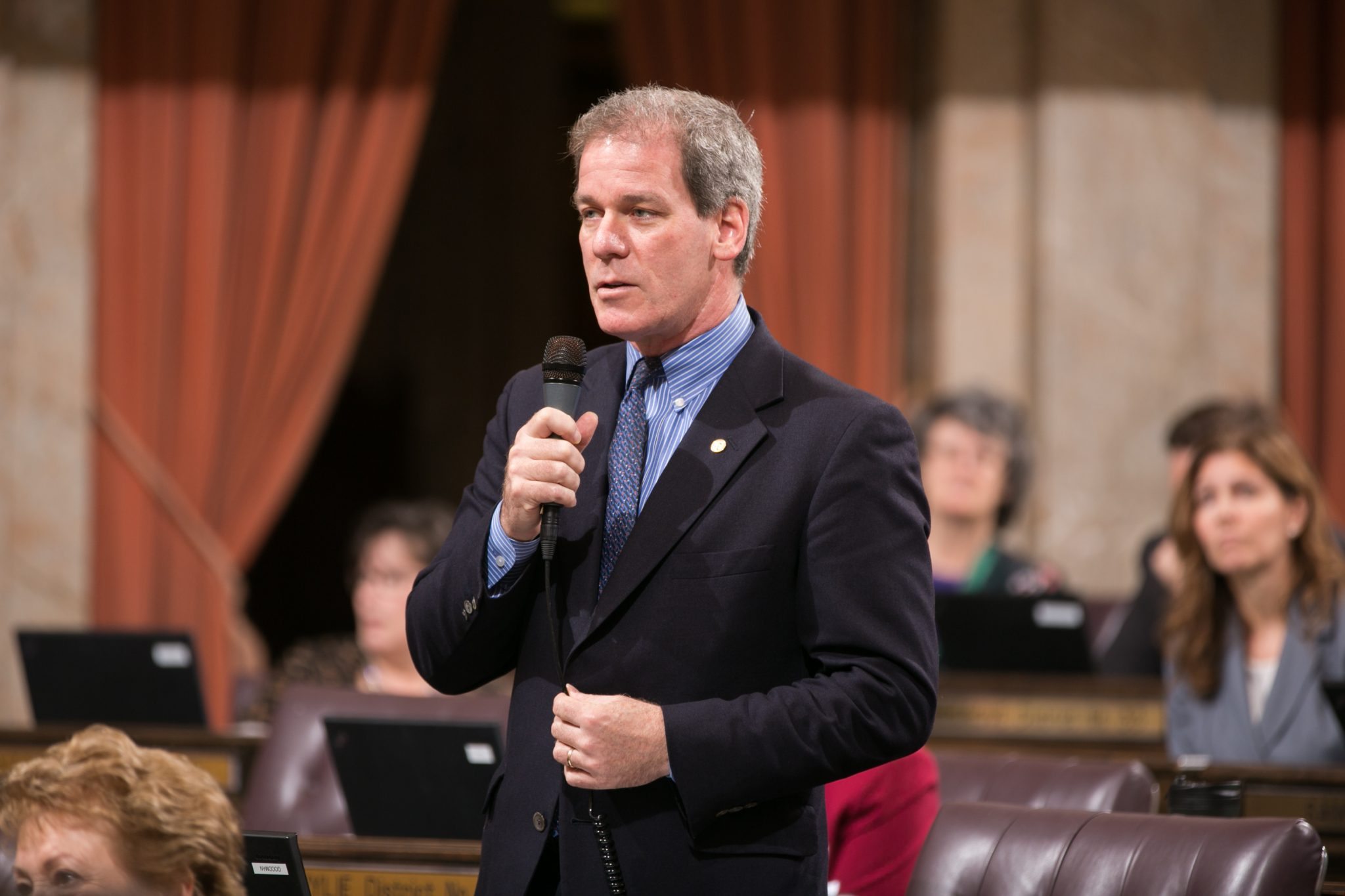 As Goodman makes his bid for re-election in the 45th LD, his questionable life choices force voters’ to re-examine whether or not they can continue placing their trust in him. Goodman’s unlawful marijuana use, particularly his ex-wife’s allegations that he drove their children while under the influence, became a serious concern more than a year ago. Since then, court documents have surfaced that point to Goodman’s misbehavior as an ongoing issue. As recently as August 2013, Goodman received an official court order to appear before a judge over his delinquent child support.

Goodman’s misbehavior while in a government leadership role dates back to April 2000 when he quietly resigned as Executive Director of the Sentencing Guidelines Commission (SGC). Goodman’s resignation came after State Auditor Brian Sonntag’s office “confirmed he had used his work computer for various personal purposes.” Specifically, Sonntag’s office found that adult Web sites had been visited on Goodman’s work computer.

According to the Seattle Times, Goodman admitted to using his work computer for personal purposes (a misuse of government property). However, he “claimed other employees using his password were responsible for visits to adult Web sites linked to his computer.”

Goodman’s claim in 2000 falls perfectly in line with the method of denial he continues to employ today. By all indication, Goodman admits to an aspect of the allegation of wrong-doing that appears less immoral, deny the worst of it, and deflects the blame.

Goodman dealt with his wife’s allegation that he drove their children while under the influence of marijuana using the same pattern. The Sammamish Review,

In emails between Grohn and Goodman filed with the court, the legislator – who has also been a longtime advocate for marijuana legalization – seemingly admits to having driven while stoned in the past but claims that he is no longer smoking marijuana.

“As to my driving the kids, I understand that you cannot trust me at this time, despite the objective evidence,” Goodman wrote in a Sept. 7 email to Grohn. “I understand how my past behavior and my past deceptive statements before I quit the habit continue to give you pause.”

In an interview, Goodman said the “past behavior” he referred to was his “use of a substance my wife disapproved of” and was not related to driving.

Goodman also accused Grohn of talking on a cell phone while driving, which he says is much more dangerous than impaired driving.

“What is legal or illegal should be less of a concern than what is clearly demonstrated to be more dangerous,” Goodman wrote in the email in court documents. “If you continue to drive the kids while talking on the phone, it seems unfair and hypocritical to me.”

Goodman’s pattern of trying to change the subject from his own “driving while stoned” behavior is blatantly seen in his most recent campaign mailer, where he overstates a recognition he received from Mothers Against Drunk Driving (MADD). In his campaign propaganda, Goodman claims that he was “MADD National Legislator of the Year.” Actually, Goodman was one of 89 “Legislative Champions,” an award he shared in Washington State with Republican State Senator Mike Padden.

Obviously, being one of 89 is not the same as being the “one” legislator of the year… But then, dishonesty is not a foreign substance to Mr. Goodman, whether driving or not.