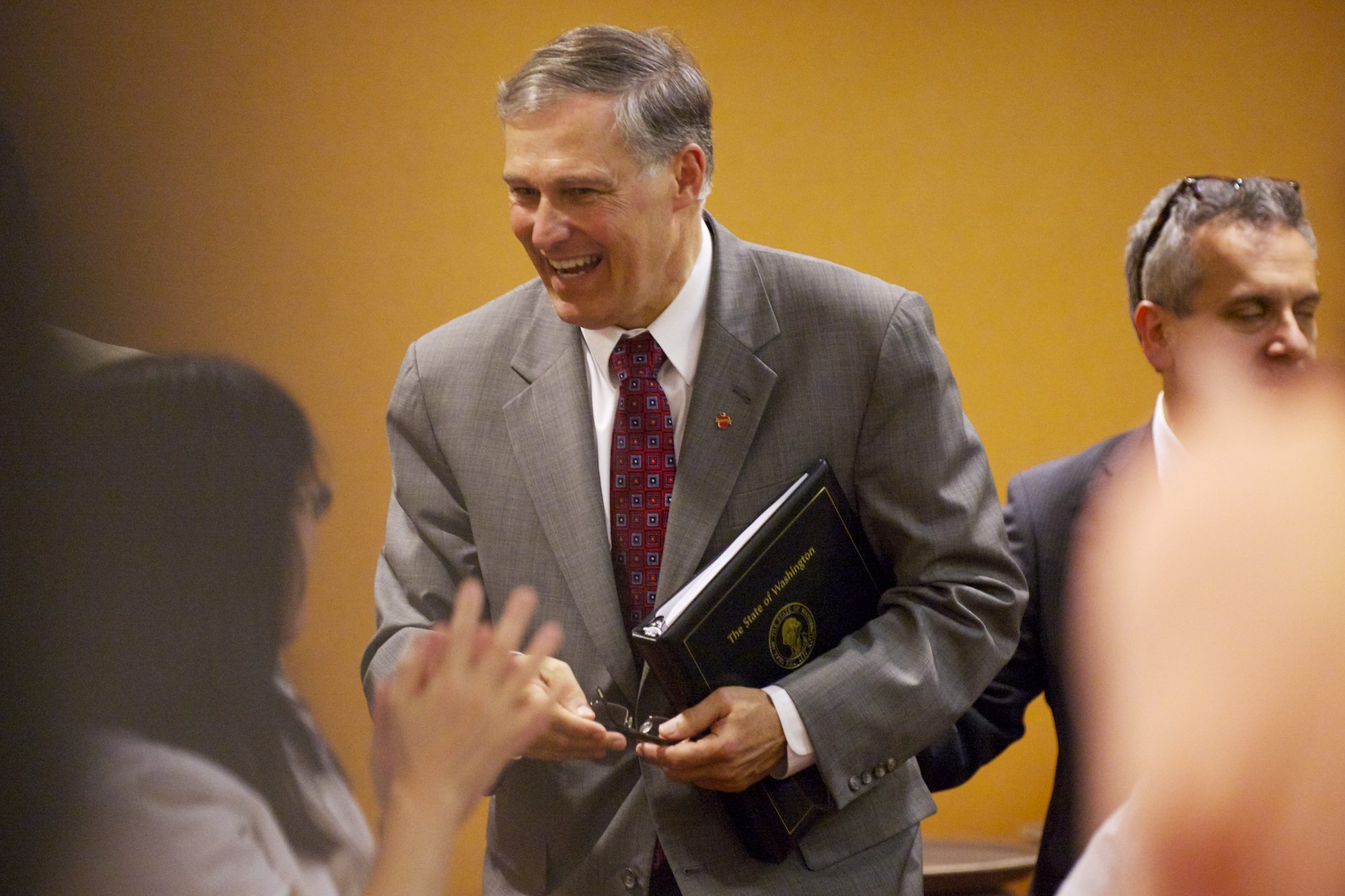 Supporters of Washington State’s powerful teachers’ union (WEA) are petitioning the White House to reverse Department of Education Secretary Arne Duncan’s decision to revoke Washington’s No Child Left Behind waiver due to our state’s failure to comply with a simple federal requirement.

Yesterday, Washington became the first state to lose the waiver and, along with it, control over nearly $40 million in federal education grants directed toward low-income students. Now, nearly all Washington schools will be classified as “failing.”

“The children of the state of Washington deserve to be benefitted and not held hostage to adult issues… This action will hurt children. Mr. Duncan’s callous attitude about those children for political purposes is unacceptable for the Secretary of Education.”

For everyone’s benefit, let’s review the story of how Washington State lost its federal waiver:

During the 2014 legislative session, the WEA used its considerable influence over Democrat lawmakers to ensure the failure of a bill that complied with federal standards and protected the waiver in question. The bill would have made a simple adjustment to existing law and require (rather than recommend) student test scores to become one aspect out of many used to evaluate teacher performance.

The WEA really didn’t like the idea. Alas, a term like “require” incurs too much accountability. On the other hand, the word “recommend” allows a certain level of flexibility… you can ignore recommendations.

As is often the case with the powerful teachers’ union, it placed its own interests above those of students and lobbied Democrats against the bill. Democrats—though many actually co-sponsored the bill—heard the WEA’s call and fell in to line with astonishing speed. In the end, all but one lone member of the Democrat Senate Caucus voted against the bill. You see, just like the teachers’ union, Democrats have a tendency to place their own comfort above those of their constituents… and, in this case, students.

Democrats—with the WEA’s encouragement—insisted that all hope for Washington’s chances for a federal waiver was not lost… they had Governor Jay Inslee and his “secret sauce.” Inslee would convince his buddies in D.C. to give Washington a pass… allow our state to keep the waiver despite failure to comply with federal law.

Inslee flew to D.C., met with Secretary Duncun… and failed to convince him to give Washington a pass. Duncun warned Inslee that our state would lose its waiver.

“Unfortunately the teacher’s union felt it was more important to protect their members than agree to that change and pressured the Legislature not to act.”

That’s why the pro-WEA petition is the definition of hypocrisy. After placing the interests of adults above children, after holding what’s best for children hostage to its own relevancy and  after playing politics purely for its own gain, the WEA cannot possibly take a higher-moral-ground position… the powerful union simply has no moral ground left to stand on.