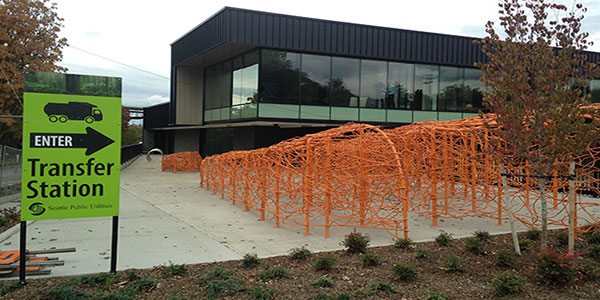 You might think that the city of Seattle is lacking the resources to properly fund its public priorities. After all, the school district is facing a deficit, and city council members are talking about putting a head tax on every Seattle employee to pay for an agency to manage all of the anti-business regulations it has passed in recent years.

And don’t even get them started about the homeless problem which the city will throw a “record $59 million” at next year.

However, clearly the city has plenty of money. What else can explain the story that was in the Times this week, which detailed how the city managed to blow $108 million on a new city dump, that replaced an old city dump. As the Times explained, “built on the same Wallingford site as its predecessor but with an expanded footprint, the $108 million station opened on Nov. 28 after about two years of construction.”

But this Taj Madump is not your father’s refuse station. Again, the Times: “The amenities at Seattle’s new North Transfer Station include airtight doors that open automatically to let trucks in, a translucent ceiling that ushers in energy-saving natural light and an angled wall that reflects noise pollution back across the site. There are more: a green roof, solar panels, shrubs and a rain garden, a basketball court, artwork made with excavated rebar and a playground across the street.”

Perhaps no one framed this wastefulness better than KIRO”s Dori Monson, who asked why they put all these “amenities” at a dump, and then answered his own question: “Because they can. Because it’s a way to spend your money…So $108 million dollars gone — for a Seattle dump. What would J.P. Patches have to say about that?”