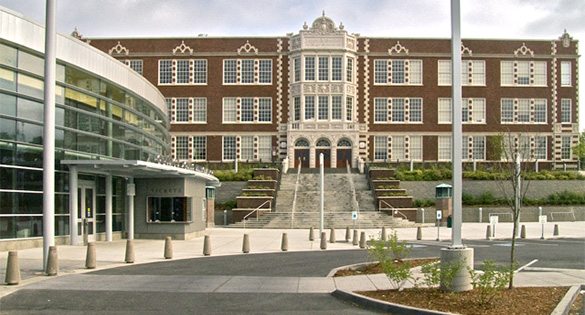 The bureaucrats running Seattle Public Schools have rarely been mistaken for being at the top of their class. The state’s largest school district is rarely in the news for innovation and success.

That’s why it comes as little surprise that the district is projecting a $78 million dollar budget shortfall for the 2017-18 school year. According to a letter sent to parents, “the budget gap is the largest the district has faced since the 1970s.”

You might recall that it was in September of last year that Seattle officials caved in to union demands, and granted larger-than-usual pay increases to staff. According to union officials, “teachers would get a 9.5 percent raise over three years. When cost-of-living raises from the state are included, that would mean a 14.3 percent pay increase over that period…Teacher salaries in Seattle range now from about $44,000 to more than $86,000, depending on experience and education.”

Of course, Seattle bureaucrats don’t link the pay package to their current money troubles. Rather, the state is to blame. From the Times: “the district attributes part of the gap to the state’s underfunding of public education.”

However, at least “one Seattle School Board member says his colleagues have added to the problem.

Stephan Blanford pointed to the board’s recent decisions to revise the district’s growth-boundaries plan, which added more than $1 million to the deficit because of costs for transportation and portable classrooms. He also said the board didn’t save enough money when it had a surplus in the 2015-16 budget.”

Such a reasonable and prudent approach doesn’t sound right to some district officials. “Deputy Superintendent Stephen Nielsen said any money spent was needed for the students at the time…‘If we stockpile money, we’ve shortchanged kids.’”

Mr. Nielsen appears confident that no money is wasted by the district, with every dollar going to the children (except the new union contract, which was for the adults), and that saving for leaner budget times just can’t be tolerated.

So now Seattle parents will have to wait and see if the legislature will bail out Seattle next year, to avoid the budget cuts now on the table.