A recent poll, conducted by Elway Research in co-operation with the online media publication Crosscut, has some alarming insights into how Washington residents are feeling about the direction of the state, led by Democrat Governor Jay Inslee and his partisan legislative cohorts in Olympia.

The poll data, collected between July 11 and July 15, shows that Washington residents don’t like the direction the state is going. Compared to a set of similar questions asked in a previous poll on April 20, confidence in Jay Inslee and his Democrat-run legislature has decreased from 75% to 49%, with 49% of respondents now rating Inslee’s job performance as fair or poor.

In fact, in what must be a shock to Inslee, confidence in the federal government is now almost the same as state government.

Worse still, in a question on the governor’s re-election campaign, only 46% of voters have indicated they will vote for Inslee. Certainly not the majority support that a two-term incumbent governor wanted to see. While Inslee is comfortably ahead of his general election opponent, the overall negative view of his performance should be giving Inslee and his campaign team pause for thought.

What should really worry Inslee is that the poll was weighted towards Democrats. That’s not unusual for a purple state like Washington, but even with that built-in bias, only 46% of voters want Jay to stay in the governor’s mansion.

The respondents’ opinion of the handling of the riots and looting in Seattle has also shifted since June. In a Washington Post poll published June 2, 74% of respondents supported the protests. By July 15, this had fallen to 55%. This type of drop is likely due to the lack of leadership from Inslee and Seattle Mayor Jenny Durkan by preventing law enforcement to do their jobs and their enabling of the violence that has overshadowed the peaceful protests.

More than 62% of the Elway Poll respondents oppose dismantling police departments, and over 73% don’t think we should defund the police. Yet, partisan Democrats continue barreling down the path of removing law and order from society with no thought of what the consequences will be. Any sane individual can see this will increase crime and make communities less safe.

Even Democrat Senator Patty Kuderer, who sponsored a bill to restore voting rights to sexual predators before their sentences are completed, must understand removing police officers from the streets increases crime.

Even more depressing for the governor, is the fact that almost two thirds of respondents think his performance handling the protests has been fair or poor. Those are not comforting re-election numbers.

Interestingly, opinion has also shifted on the lockdowns. Since April, the percentage of people supporting the ‘stay at home’ order has declined from 61% to 26%, with 71% now saying we should take a hold-and-see approach or cautiously continue to re-open.

Inslee obviously isn’t listening to the public on this approach. With the latest punitive lockdown decree, he has negatively impacted weddings, funerals and the indoor hospitality business and the culling of the economy continues. Apparently, according to Inslee, alcohol gives you the coronavirus only after 10pm.

For a governor who says he tries to lead by (polling-driven) consensus, it makes Inslee’s continued, belligerent approach to the handling of the coronavirus crisis more confusing.

Washington voters are beginning to see the emperor has no clothes. Will the voters remember in November? We will have to wait and see. 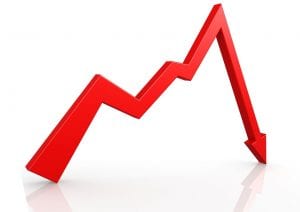 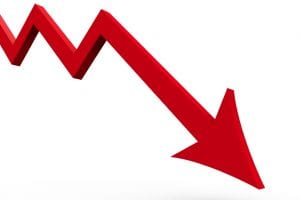 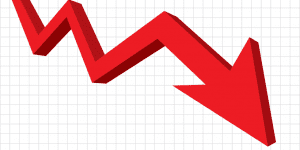