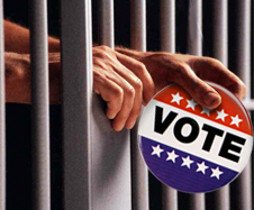 Keeping track of the most outrageous – or just plain silly – bills proposed by Democrats in the Washington State Legislature is never an easy task. But this year, Democrat Senator Patty Kuderer (D-Bellevue) might have won the prize for the worst legislative proposal.

Senator Kuderer wants to restore voting rights to felons before they have paid their debt to society. Under current law, after a felon has completed their sentence, their voting rights are automatically restored. However, this apparently isn’t good enough for the Senator from Bellevue.

Kuderer explained that Senate Bill 6228 was going to fix the existing voting rights restoration law, help with felon reintegration into society, and was needed because the current law is actually disenfranchisement rooted in discrimination.

Republicans pointed out that a felon’s voting rights should be restored, but only after they have completed their full sentence and repaid both the debt to society and to the victims of the crime.

In a bizarre twist of events, however, SB 6228 was killed during debate by Kuderer’s own party because the Democrat leadership realized how bad the debate had started to look.

After rejecting amendments to prevent gang members and seriously violent offenders (including those that commit violence against law enforcement officers) from voting before completing their sentences, things started to unravel for the proponents of the bill.

It turns out that trying to determine which criminal activity is acceptable and which is not, is a little too complicated for the Democrats.

In an impassioned floor speech, Republican Senator Doug Ericksen pointed out the hypocrisy that under the provisions of SB 6228 and adopted amendments, a felon’s voting rights would be restored for the murder of a child, but not for the crime of raping a child. The point is well made, both are obviously heinous crimes and voting rights should not be restored for either crime. Erickson asked how he would be expected to explain the ludicrous distinction to his constituents back home.

Democrats quickly backtracked and voted to put the bill down.

SB 6228 highlights the internal political correctness battle the Democrats are grappling with. On one hand, they want to increase their voting base by appealing to the felon population.. On the other hand, they now must pick the crime that they feel will be less offensive to the public when they restore the voting rights of those felons.

What is forgotten, in the rush to restore voting rights too soon, are the victims and the victims’ families. Their rights were not considered in many of the Democrat floor speeches.

SB 6228 is a political play to garner votes in a most disgusting way. It failed not because the Democrats thought it was a bad bill, but because it looked bad politically.

Thankfully, SB 6228 missed a critical deadline for passage and is dead for this year. However, Senator Kuderer has vowed to fight to bring it back next year for another vote and give her another opportunity to put her misguided far-left ideology on public display.