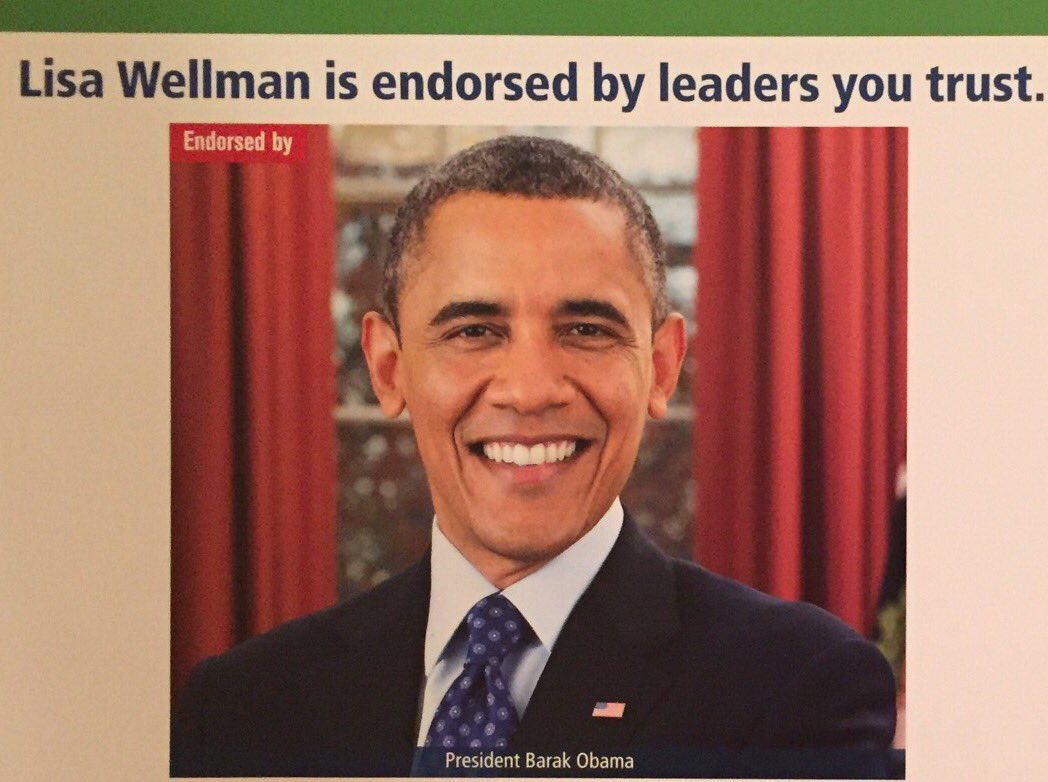 It is rare when a sitting U.S. President has the time to spend doing campaign ads for state legislative candidates, as Shift reported earlier this month.  Especially ones he doesn’t know, like rookie State Senate candidate Lisa Wellman, who evidently don’t know much about Barack Obama either.

Or maybe Wellman needs to cut back on campaign printing costs, because she left out the “c” in the president’s name (as you can “c” here). And that’s not all – she loves her mail piece, and is evidently “proud” of her inability to spell.

Perhaps this is just typical of Wellman being “surprisingly unprepared” – as noted by the Seattle Times earlier this year. And perhaps this is why Wellman was the liberals’ fourth (or fifth) choice to run against respected Republican State Senator Steve Litzow in the 41st District.

Litzow has earned bipartisan respect for his work on public education, among other issues, and neither one of the sitting Democrat House members in the district evidently thought he was worth replacing by challenging him.

Or maybe they didn’t want to have their spelling put up for public scrutiny either.