Exciting news from your friends at Shift. Starting next week, you will be receiving the Daily Briefing at a new time.

The gang at Shift has a great many things to be thankful for at the Thanksgiving table tomorrow, most of all the readers (and donors) who have been with us since we first launched our efforts six years ago. We appreciate the support you’ve shown us, and the suggestions you’ve made to make us better, as we have worked to shift the political debate in Washington State by highlighting the good, the bad, and the (too-often) ugly of Washington politics under the unfortunately increasing stranglehold of Democrats.

We’ve seen – and covered – a lot over those years, from the (too many to count) foibles of Governor Zero, to the (far) leftward lurch of the Seattle City Council, to the (often unreported by others) hypocrisies of major liberal donors/activists/troublemakers like Tom Steyer, Nick Hanauer, etc.

When we return from our Thanksgiving break next Monday, we’ll be making a change that has been suggested to make our Daily Shift timelier, and therefore more valuable, to readers like you – we’ll be shifting our publication to late afternoon. That will give us time to capture the highlights of the day’s news for you to read on your commute home, or after dinner, or even to save for the next morning if that’s your preference.

We will try this new format throughout December and hope you will weigh by simply replying to the briefing. Do you like the new delivery time, and daily features which will make their debut during the month, or do we need to return to the drawing board to come up with different ideas to maintain your interest?

So, don’t be alarmed when you don’t see your Daily Shift in your email inbox next Monday morning – we’ll just be joining you a little later in the day. Thanks for reading, and we look forward to keeping you informed and entertained in the days/months/years to come.

Arguing the needs of the government is more powerful than the will of the voters, the City of Seattle wants to keep collecting car tab fees even though the Washington voters decided differently.  Going to court to stop the December 5th enactment of I-976 into state law, the city wants the King County Superior Court to allow state and local governments to keep collecting the tax. Judge Marshall Ferguson said he would rule before the Thanksgiving holiday.  (Seattle Times)

A tip of the cap to Steve Pool and his long career at KOMO TV.  Pool ended his 40-year career as weatherman on Tuesday evening.  We here at ShiftWA wish Pool good health in his retirement. (MyNorthwest)

The Bellevue City Council unanimously rejected five separate citizen appeals and said the process for allowing the Puget Sound Energy (PSE) high voltage transmission lines through the city can continue.  The council was ruling on whether the hearing examiner had used correct process and procedure in determining whether the citizen appeals should not cause a denial of PSE’s permit.  The next step will be likely be the citizens taking their appeals to the court system. (Bellevue Reporter)

A tie has occurred in a race for Fairfield City Council.  With 74 votes apiece, the race between Steven Walk and Dave Watling will go to automatic recount.  If the race is still tied after the recount the candidates will determine the winner of the council seat with a “game of chance.” The south Spokane County community has 614 residents. (Spokesman-Review)

A coin flip determined that Don Entzel will be the Mayor of George.  Entzel was tied with current mayor Gerene Nelson with 28 votes a piece (there was one write-in vote that was determined to be “illegitimate”). Grant County Auditor Michele Janderland flipped the coin. After the coin flip, Nelson stated a special run off election would have been more appropriate. (iFIBER One) 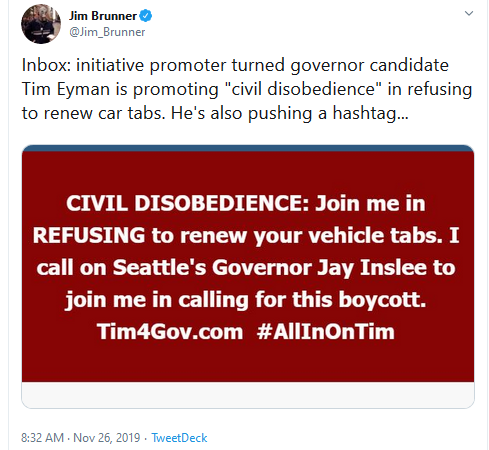 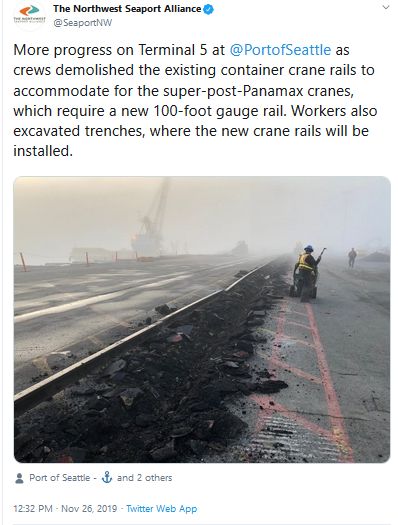