Even fewer Democrats are listening to Inslee’s climate change debate demands now that his failed presidential campaign demonstrated the lack of public support for the issue.

Being the “climate change” candidate reduced his 1% of national public support down to 0%, yet Jay Inslee believes his issue should be the focus of the Democrat presidential nomination process and Wednesday’s debate.  In a campaign email blast, Inslee says it is the “failure of the DNC (Democrat National Committee) and the media” that his issue is not receiving the attention it deserves (many argue Inslee’s failed campaign has hurt making climate change a political priority).  Likely the DNC and those still in the race will continue to ignore Inslee’s demands, just like they did when he was a candidate. (Inslee campaign email)

Despite seven years of Governor Inslee’s environmental policies, greenhouse gas (GHG) emissions continue to rise in Washington state. The state will not come close to meeting legislative goals to reduce GHG to 1990 levels (the state is nearly 8% higher) by 2020.  Department of Ecology spokesman blamed the good economy for the increase.  The spokesman then declared that the answer is more of the same policies that apparently need a bad economy to be effective. (Seattle Times)

While previously providing assurances that the methods were sound, the Forest Practices Board blindsided small tree growers by saying it will not review the science behind an alternative harvest proposal.  Since 2015 the Washington Farm Forestry Association has been working with the state to collect data on alternative harvesting practices that allow small farms to cut trees closer to protected waterways.  This scientific data was going to show that these methods do not impact the streams. (Lens)

In a startling report, KIRO TV reported on a new tactic of using kids to assist in panhandling on Seattle streets.  Women, who live in nice suburban apartments, use kids to attract people to give them money.  Sometimes the kids appear drugged.  Ross Hunter, Secretary of Department of Children, Youth, and Families, said he was unaware of the practice that has been going on for many months on downtown Seattle streets, but he will investigate it.  (KIRO News)

A debate amongst the extreme far left and the really extreme far left is brewing in the Seattle City Council over how to proceed with raising taxes.  While there are those who want the council to immediately place a head tax on Seattle corporations, there are some councilmembers who say previous efforts show there should be caution and possibly allow the public to vote on any new corporate tax. (Crosscut)

Seattle venture capitalist Nick Hanauer appears to be one of the major funders of the liberal Sixteen-Thirty Fund, a national “dark money” organization.  Listed as a non-profit, the organization cannot give directly to campaigns, but can support liberal proposals and attack conservatives. The group spent $141 million in 2018 supporting hundreds of liberal groups and broadcasting ads encouraging viewers to contact elected officials to show support for its political agenda. The Sixteen-Thirty Fund is like the Progressive Alliance of Washington, a local dark-money group that Hanauer supports and which Shift exposed in 2014 for the same type of liberal empire building. (Politico)

Spokane City Council President Ben Stuckart has already passed on his duties to Breean Beggs.  Stuckart who lost to Nadine Woodward to become Spokane’s next mayor, handed over the duties to the council president-elect to avoid any conflicts during his last weeks in the position.  (Spokesman-Review)

A meeting was arranged between Central Washington University administrators and those involved with the campus newspaper over issues the students considered “censorship.”   Students believed administrators asking for questions in writing was in violation of the constitutional rights to a free press.  While no resolution was announced, both sides stated the meeting was the first step. (Yakima Herald)

A new group has been formed to promote Grant County economic development. Based in Ephrata, the Grant County Industrial Alliance will promote clean energy, technology, and local jobs.  (iFIBER One) 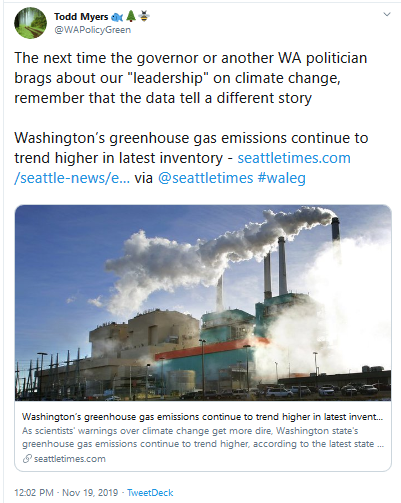 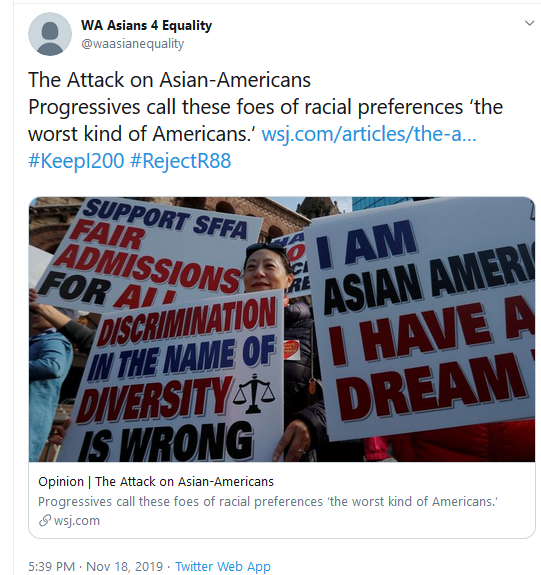 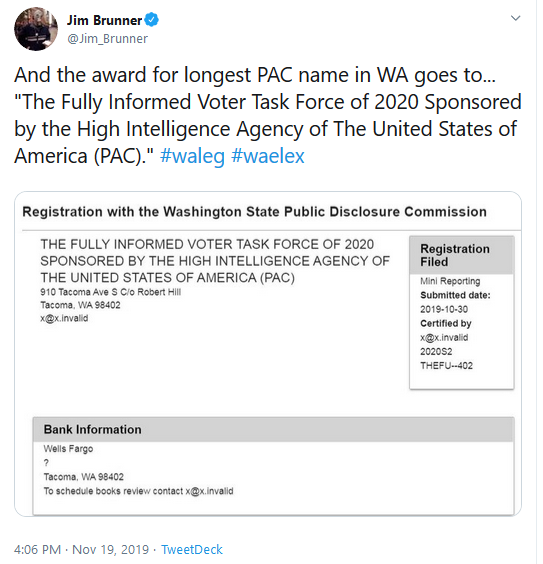