A PAC dedicated to electing independents says they were wrong that voters wanted 3rd party candidates.

A Thurston County Superior Court Judge, James Dixon, ruled in favor of state Attorney General Bob Ferguson, saying he is exempt from releasing documents related to a lawsuit against him. The Freedom Foundation filed the lawsuit accused Ferguson of violating the public records law to conceal a “political relationship” with two nationwide unions. The Freedom Foundation pointed to this pattern of cozy political relationships between unions and liberal officials. “It’s no surprise that these states, which are all run by elected officials closely allied with labor unions, are seeking to perpetuate unions’ ability to seize dues and political contributions from home caregivers’ Medicaid payments.” (The News Tribune)

“Today it is obvious that Americans, no matter how unsatisfied they are, are not ready to embrace an alternative to our two-party system,” said former state Republican Party Chair Chris Vance. Former Democratic Rep. Brian Baird (WA-03) joined Vance in forming Washington Independents in an effort to elect third-party candidates. After a rough mid-term election for independents, in Washington and around the country, the two announced they would be suspending the project. “It appears right now that moderates and centrists need to fight within the two parties,” Vance said. (Seattle Times)

After one too many constituents voiced their displeasure with the Seattle City Council, council members decided to tighten restrictions on public comment during council meetings. The unanimously passed rule changes includes forcing members of the public to be removed for going slightly over the brief allotted time. It unclear why the council would bother to enact these rules changes given that members rarely bother to even pay attention to commenters anyway. (MyNorthwest)

Yesterday, the city of Richland’s new $20 million city hall opened for business, with an official opening set for June 10. The building is three-stories, 40,000-square-feet and will be home to about 90 employees. (Tri-City Herald) 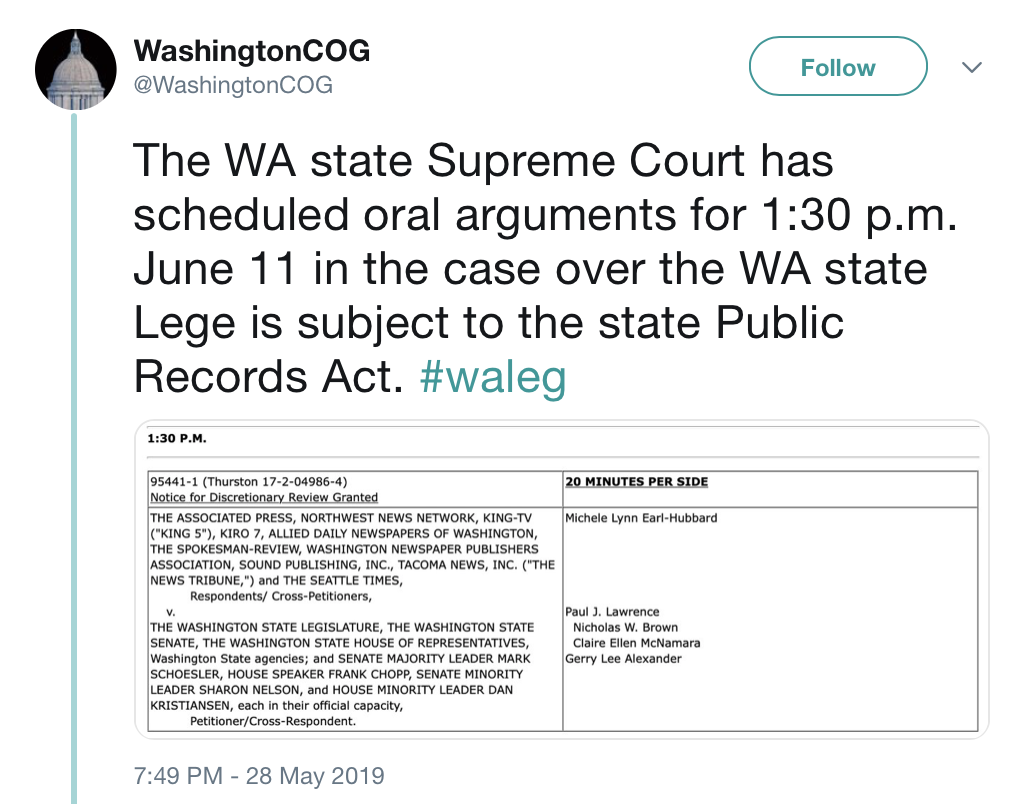