The Left doesn’t have time for pesky facts

“…this is somewhat of my frustration with the other side — they say they want to reform tax policy, but they never come with a reform that is revenue-neutral.” Sen. John Braun (R-Centralia) gave a detailed overview of the budget in his recent sit-down with the Washington State Wire. He added that one of his frustrations with Olympia Democrats is their aversion to facts, especially when it comes to the conversation around the state’s regressive tax system. “If we’re going to have an honest discussion about this, they’ve got to look at the facts.” (Washington State Wire)

The 1st Legislative District Democrats say they’re putting their all their eggs behind current Rep. Derek Stanford (D-Bothell) for the open state Senate seat. Last month, former Sen. Guy Palumbo (D-Maltby) resigned to become Amazon’s state lobbyist, leaving the seat to be filled by the 1st District Democrat PCOs and ultimately by the King and Snohomish county councils. Stanford is likely to take the seat even further left as he’s an avid supporter of a statewide income tax. With Palumbo resigning when he did, it allowed the Democrats to do an end-run around the democratic process, depriving the people of the 1st district a vote to decide who represents them in the senate. Amazon also made a grave tactical mistake in hiring Palumbo as it will virtually guarantee the Senate the votes they need to pass an income tax. (Everett Herald)

“You are receiving this letter prior to publication of the Final EIS because your property at (address) is identified as potentially impacted by the preferred alternative and a property that Sound Transit may need to partially or fully acquire in order to construct the project.” That’s the kindly written note some homeowners were delivered informing they would be losing their home to make room for the Sound Transit Lynnwood Link Extension. Sound Transit, already taking billions from taxpayers, is throwing a few homes (and families) into the mix. (MyNorthwest)

The Seattle City Council voted yesterday to prolong the Showbox’s temporary inclusion in the Pike Place Market Historic District, preventing its destruction for redevelopment for at least six months. “I do not believe this tool is the right way to go about saving the Showbox,” said Councilmember Abel Pacheco. Last year, a developer announced their intention to buy the site and build a 44-story residential tower there. (Seattle Times)

The Seattle City Council approved a plan to develop part of the old Fort Lawton property  into affordable housing. The development plan calls for 237 affordable housing units on land in Magnolia’s Discovery Park. Fifty-two homes would also be built for those who make up to 80% of the area median income and help with the building process. (KING 5)

“It was hush money. It was literal hush money,” said a former Central Washington University student. The student was offered free tuition for a year and other benefits, according to records, so long as she remained silent about “the contents of this settlement agreement,” related to sexual harassment by a music professor. Documents released under public disclosure laws, which show that most student-involved settlement documents obtained do not include confidentiality provisions. “It’s just not right for a public entity to try and instate some sort of secrecy clause,” said Senator Karen Keiser (D-Des Moines). “It just makes my skin crawl. Something is usually amiss when you’re forcing some kind of secrecy.” Similar courtesy from Sen. Keiser was not extended to Manweller, whose unnamed accuser is, according to Manweller, now serving time in jail for a kidnapping for hire scheme. (Seattle Times) 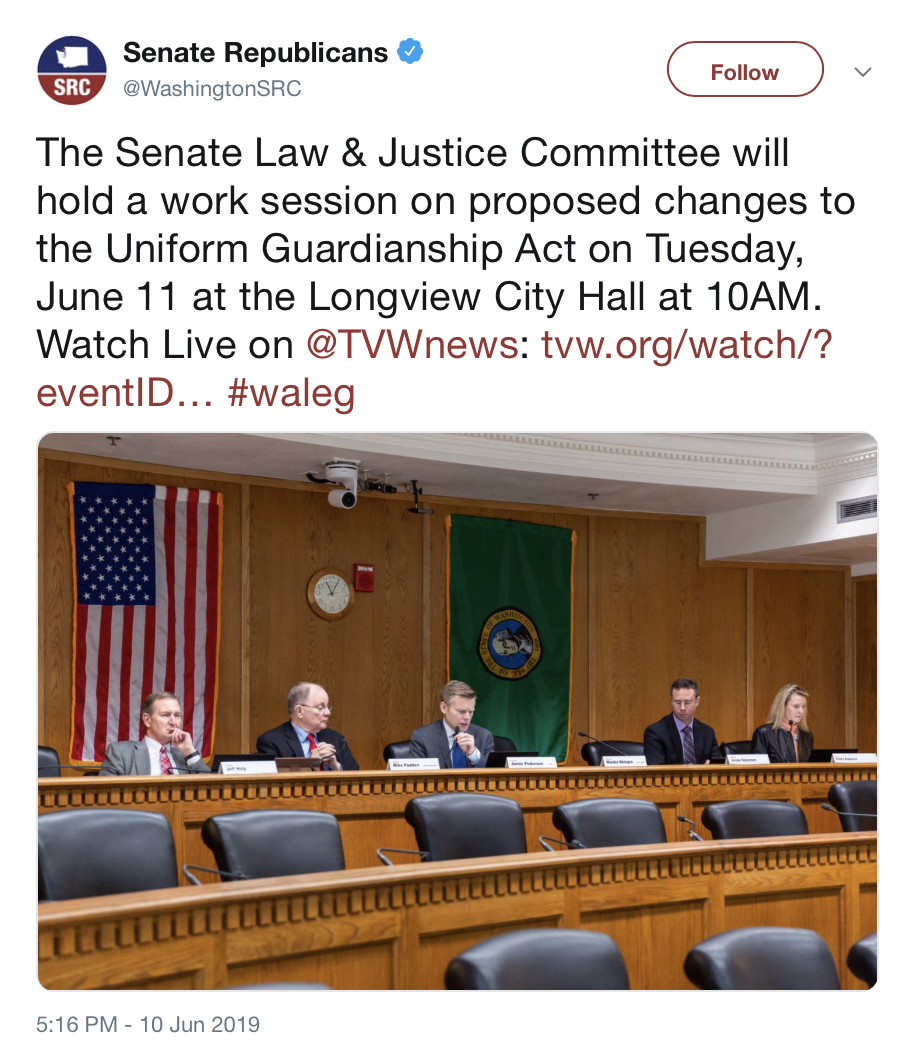