If the U.S. Department of Energy has its way, the Hanford Nuclear Site cleanup will be able to move faster.

Governor Inslee announced a state of emergency in response to the measles outbreak in Clark County. Unvaccinated people may unknowingly spread the disease since it is contagious before people know they’re sick, according to the state health department. Inslee said the outbreak is an “extreme public-health risk that may quickly spread to the other counties.” (Seattle Times)

The Seattle Times Editorial Board says it’s time for the legislature to stop underfunding special education. They say that legislators need to act now – before other business – to fix the underfunding of these basic education services for children with special needs. They say, “The state has a constitutional obligation to cover basic education with state dollars. Shortchanging school districts and the children they educate is just wrong.” Will the Democrat majorities in Olympia listen and end this injustice? (Seattle Times)

Senate Democrats have taken to tackling the critically important issues that have the most profound impact on the day-to-day lives of Washingtonians. Take Senator Reuven Carlyle’s (D-Seattle) bill aimed at removing the statue of missionary Marcus Whitman, one of Washington’s two statues in the U.S. Capitol. The bill writes, “The legislature finds that under rigorous, objective review Marcus Whitman does not meet the standards of being one our state’s top honorees…” The future of Whitman College’s name is still unclear. (Crosscut)

Senator Keith Wagoner (R-Sedro-Wooley) is proposing a bill to restore capital punishment as an option for inmates accused of killing someone while incarcerated. “I know that this is a very divisive issue that many people feel very strongly about, but I believe there must be consequences for incarcerated individuals who commit murder,” Wagoner said. Late last year the state Supreme Court ruled the death penalty violated Washington State’s constitution. (KING 5)

State Attorney General Bob Ferguson filed a lawsuit against LuLaRoe, a California based clothing company. “LuLaRoe tricked consumers into buying into its pyramid scheme with deceptive claims of high profits and refunds for unsold merchandise,” said Ferguson. According to Ferguson more than 3,500 Washington residents have become “Independent Fashion Consultants” for LuLaRoe since 2014. (Seattle Times)

An Everett boundary committee is close to deciding on recommendations to reshape high school boundaries. The boundary committee will review the feedback and is expected to make its final recommendation to the Everett School Board by March 31. The school board has considered building a new high school to help with overcrowding but hope the redrawn boundaries will help in the meantime. “If a bond passes it is at least four years before you open a school,” Superintendent Gary Cohn said. (The Everett Herald)

Eleven people have submitted applications to be appointed to the vacant seat on the Walla Walla County Commission. Commissioner Jim Duncan died suddenly on December 27. The two most notable of the eleven candidates are State Senator Maureen Walsh (R-Walla Walla) and former commissioner Greg Tompkins. The Walla Walla County Republican party will meet tonight to begin the process of selecting the three candidates who will be submitted to the two remaining commissioners for final selection. (Union-Bulletin)

The U.S. is the only country in the world that classifies nuclear waste based on where the waste was produced rather than its present properties. And that’s a problem, writes the Tri-City Herald Editorial Board. They contend that it’s time for truly low-level waste at Hanford to be classified as such. The U.S. Department of Energy is reviewing a plan to change the current labeling system so it will allow more flexibility in disposing of the less harmful waste. “We need Inslee and other lawmakers to keep an open mind and embrace the science that supports this effort,” the board. (Tri-City Herald) 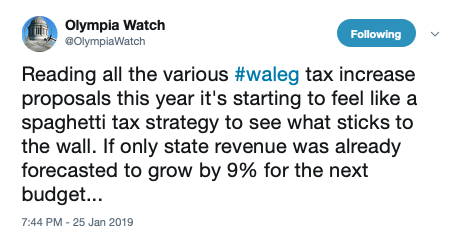 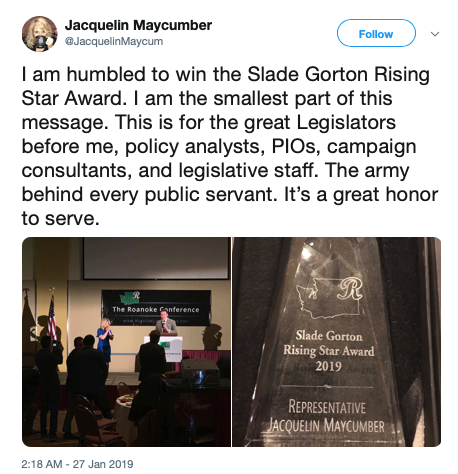