A bill making its way through the legislative process would move Washington’s presidential primary date up to March. “I think most of us want to be able to see Washington be a meaningful participant in this,” said state Sen. Sam Hunt (D-Olympia). Secretary of State Kim Wyman has been pushing this change for years, and liberal support coincidently comes as Jay Inslee prepares to jump into Democrat Presidential rat race. (Seattle Met)

After the legislature colossally failed to exempt themselves from the state’s public records act, Sen. Jamie Petersen (D-Seattle) proposes a bill that moves them part way towards transparency. The legislation has a laundry list of exemptions including: staff analyses, drafts of legislation, records of negotiations between legislators, personal information on constituent communications – including names. (Associated Press)

State Senator Annette Cleveland (D-Vancouver), announced she plans to introduce a more bill that would remove the opt-out for immunizations. “Vaccinations protect not just the children who receive them, but others throughout the community,” Cleveland said. The bill comes as an outbreak of measles rips through Clark County. In 2015, similar legislation was proposed, but failed after Clark County’s legislative delegation voted against it. (The Columbian)

Senator John Braun (R-Centraila) is pushing a bill that would create local Special Education Advisory Committees that would allow for more communication between parents and school districts. Under the Braun’s bill, a majority of committee members must be parents of children with disabilities or individuals with disabilities, along with a teacher. The bill is based on a successful model in Virginia. (Eastside Education Network)

Liberals in the state Senate are moving forward with a proposed bill to ban plastic straws. “Nothing we use for a few minutes should be allowed to pollute our oceans and rivers and threaten wildlife for centuries,” said Bruce Speight, Director of Environment Washington. (YakTriNews)

“Proposition 1 is the Seattle School Board’s political ploy focused more on lobbying lawmakers in Olympia than on the needs of Seattle students,” wrote the Seattle Times Editorial Board. That’s why for the first time in a long time, the editorial board is opposing a Seattle Public Schools levy. The board didn’t stop there, they turned their attention toward state Superintendent of Public Instruction Chris Reykdal. The editorial board criticized, “his shortsighted approval of levy proposals like this one that aim to break the state’s landmark school financing reform, known as McCleary.” (Seattle Times)

“The bottom line is that we needed to find a way to raise more funds to pay for affordable housing, to meet that need.”  said Seattle City Council member Lisa Herbold. She kicked-off her re-election campaign by touting a favorite line of the Left – more taxes. “People running to be a district council member need to understand that the expectations that the public has for their elected officials…it’s a higher bar than it used to be,” Herbold said. (Seattle Met)

Seattle Mayor Jenny Durkan wants to offer a $15,000 hiring bonus to veteran police officers. The proposed legislation comes after the Mayor’s office received data showing the city has lost dozens of officers since 2015. “We have a responsibility to ensure we can hire and retain the best police officers in the country while continuing the important work of reform,” Durkan said. (KING 5)

A group of Spokane Valley residents are hoping to restrict regulations around the number of duplexes, town homes and cottages in the area. “What’s happening is developers are coming in, picking up larger pieces of ground and building entire duplex communities for rent within (single-family neighborhoods),” valley resident Pete Miller. (Spokesman-Review) 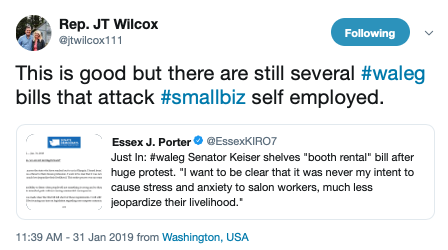 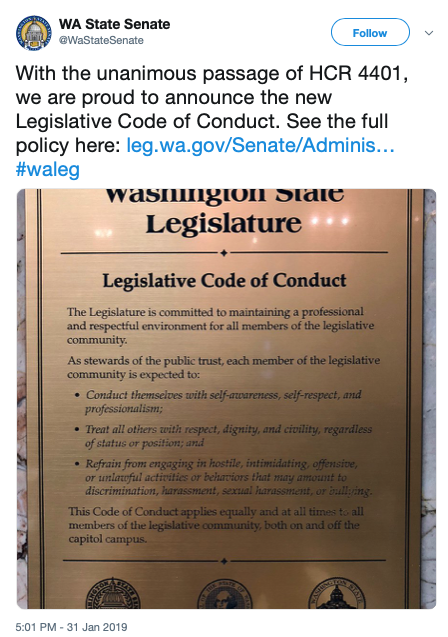