CNN Announced the participants in the September 4th “Climate Crisis Town Hall” and Governor Jay Inslee failed to qualify to be on the stage.  Nine candidates reached the 2% support threshold to receive invitations.  Is this a worse blow for Inslee or for the viability of the climate change issue among liberal voters?  Only one candidate has made “climate” his top issue and he has failed to register above 1% in any poll of likely Democrat voters. (CNN)

Firefighter burnt in 2015 Twisp fire is attempting to overturn a state doctrine that prevents first responders from seeking damages from those who were negligent.  The Professional Rescue Doctrine has been established through court decisions and limits the legal actions of “professional rescuers.” (Seattle Times)

Jay Inslee tweeted that his campaign reached 130,000 contributors.  First-time candidate Tom Steyer reached this threshold in just five weeks, yet took the two term Governor and former Chair of the Democrat Governors Association six months to accomplish.  Inslee’s 0% poll numbers keep him from being on stage for the CNN Town Hall and the third Democrat debate in September. (Twitter)

The homeless issue takes its toll on Socialist councilwoman Kshama Sawant. In the recent primary election, the incumbent received just 36% of the vote.  The lowest vote percentage of any western Washington city councilmember.  She accomplished this negative distinction despite raising and spending more money than any Washington state candidate.  The daily impact of the addiction/homeless crises in her Capital Hill district is major factor why this extremely left-wing district has voted for more moderate candidates. (MyNorthwest)

The tangled web of bureaucracy further engulfs the City of Seattle’s attempt to provide procedures for handling police misconduct allegations.  Last week Mayor Durkan sent her plan for developing a process to the U.S. District Court.  This week, the Community Police Commission asked the Court to not authorize the Mayor’s plan, but instead approve one it has developed.  While lawyers, public interest groups, union leaders, politicians, bureaucrats, police officials, citizens’ commissions, and judges continue to play this complicated “insider” game, the public continues to feel less safe as police officers flee the police department.  (Seattle Times)

The Washington Department of Fish and Wildlife announced it was successful in killing the four members of the Old Profanity wolf pack responsible for nearly 30 depredations in the past year.  The incidents took place in Ferry County.  Yet, a new Ferry County wolf pack is now drawing the attention of ranchers.  The “ToGo” wolf pack is being blamed for three depredations in the past week.  (Washington AG Network) 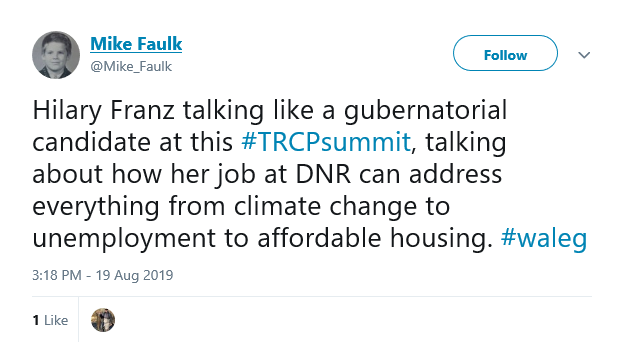