The state Senate advanced a to the Governor’s desk bill that will reinstate a tax break for vendors at the Tacoma Dome. Sen. Mark Schoesler (R-Ritzville) was one of the few dissenting votes. “We can’t even afford a nominal issue in a rural area such as safe storage of crop protection products. If we can’t afford that, then we can’t afford to subsidize an arena,” he said. (The News Tribune)

Despite a full-scale misinformation campaign waged by Democrats, The Stranger, and some unions, the latest attempt at passing a state-wide income tax is dead…for now. “But the tax, which opponents have decried as an unconstitutional tax on income, failed to make it into the final budget deal,” wrote Crosscut’s Melissa Santos. With time running out on the 2019 session, Senate Majority Leader Andy Billig (D-Spokane) admitted that they didn’t have the votes to pass the income tax. As House Republican Leader JT Wilcox points out, the income tax bill is automatically alive for the 2020 session.  (Washington Policy Center)

The city of Tacoma filed a lawsuit against Comcast Cable Communications, accusing the company of improperly inserting a cable delivering internet in a conduit designated for Click use. Click is a municipally owned cable and internet service in Tacoma. Tacoma’s lawsuit says, “the conduit at issue now, and for all relevant times … has always had ‘TPU Telecom’ permanently marked on it, and the defendants replaced TPU electrical vault lids with their own.” (The News Tribune)

“Clark County Public Health has declared the local measles outbreak over, after six weeks with no new cases,” read a news release from the county. The end comes after 71 cases were reported throughout the county, with additional cases found in King County and northern Oregon. The county alone spent well over $800,000 on tests and procedures during the outbreak. (MyNorthwest)

One Energy Renewables is looking to build a solar farm on the city-owned Monson feedlot property. The plan comes after they received a $500,000 grant from the Washington State Department of Commerce. “It will bring economic investment to the property, and it’s a cool way to renew the site,” One Energy Project Manager Blake Bjornson said. (Yakima Herald) 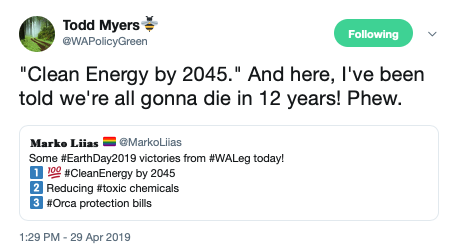 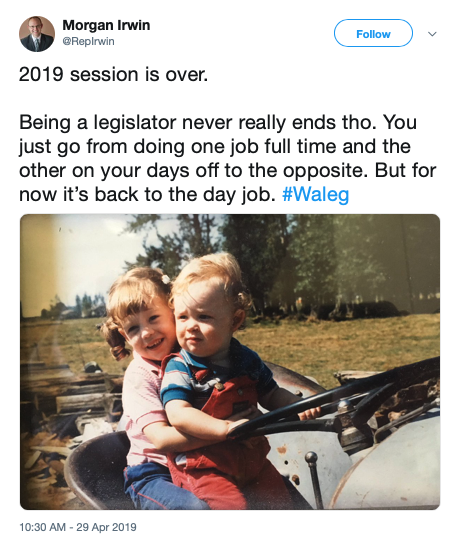