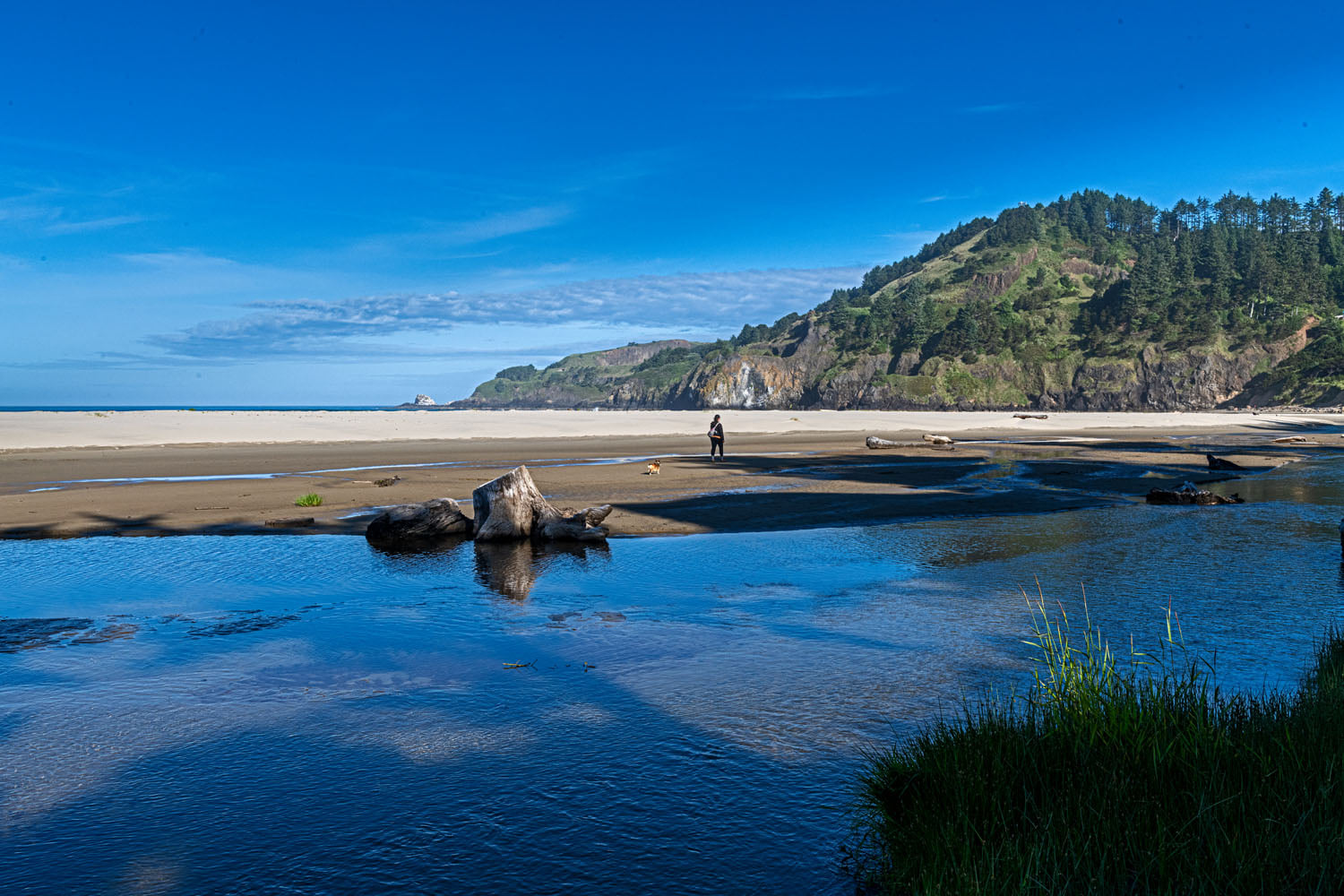 Washington State School Superintendent Chris Reykdal receives an “F” for failing our kids. Instead of working to improve the education of our children, Reykdal has spent the past three and a half years promoting the political agenda of the labor bosses at the teachers’ union, by denying educational alternatives and pushing his extreme sex education bill. Despite residing in one of the most technically advanced states in the country, Reykdal’s policies made our schools woefully unprepared to adapt to distance learning. (Shift) 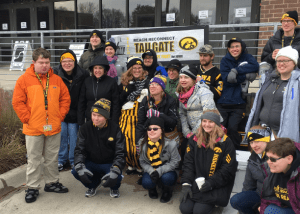 While fighting for his son with disabilities, a parent becomes aware of “the struggle” others face for inclusion in our society. Tony Williams, a former Chief of Staff for U.S. Senator Slade Gorton, often writes about his son Josh. He is a student in the University of Iowa’s REACH program, which assists young adults with intellectual, cognitive, and learning disabilities to lead independent lives.  In this article, Williams shares how his experience has provided him with better insights to the challenges others face. (Shift)

Last Friday’s Newsmaker Interview was with regional community leader Kevin Wallace. As President of Wallace Properties and a former two-term Bellevue City Councilmember, Kevin works on a variety of issues that impact the Eastside and the region.  In his interview with Shift, Kevin shares with us his thoughts from his recent visit to CHAZ, the protest/riot in Bellevue, Seattle’s attack on employers, homelessness on the Eastside, and his future political plans. (Shift)

Massive administrative failure at Governor Jay Inslee’s Employment Security Department (ESD) has left tens of thousands of Washington residents without receiving their first promised payment. While the governor provides flippant and evasive responses to legitimate questions about the meltdown of his ESD, 81,000 applicants have yet to receive benefits from the state. Some 33,000 first applied for the benefits in March and April.  This is the latest indicator that the ESD’s performance during the coronavirus outbreak has been the worst of any state in the country.  ESD Commissioner Suzi LeVine (who admitted she likely obtained the position because she raises money for Democrat candidates) says she now has a plan to get residents their benefits. Meanwhile, thousands of honest citizens are being harassed daily by creditors and some are being forced to sell their homes (likely at a loss) due to the failures of Governor Inslee and his political cronies. We should note that Inslee, who is already the 6th highest paid governor in the country, will be receiving a 6.8% pay raise next week. Heckuva job Jay! (Everett Herald, The Ladders, and Patch)

The Washington State Department of Health appears to be more concerned about promoting a liberal political narrative than in providing an accurate picture of those impacted by the coronavirus. In a DOH email blast, under the heading, “Viruses don’t discriminate, but we do,” the DOH states that only 37% of Washington COVID-19 patients are white, while 68% of the state’s residents are white.  The DOH states this is due to “privilege.”  Yet the email fails to include the fact that white individuals account 71% of the coronavirus deaths in our state.  (Washington is one of nine states where white residents are dying from the coronavirus at a higher percentage than their population share.)  By the DOH’s standards for racial equity, does this mean that care facilities are discriminating against white patients because a far larger number of infected Caucasians die than infected individuals from other races? (Washington State Department of Health and APM Research Labs)

In a strongly worded statement, House Republican Leader JT Wilcox rightfully places the blame for the chaos in Seattle on the city’s liberal establishment and on the Democrat governor and state legislature “who have built institutions along lines developed solely by them and when challenged have failed to defend them or successfully reform them.” Representative Wilcox then went on to condemn the hypocrisy of Washington Democrats by stating, “The very same politicians who have repeatedly demanded that I and other (R)epublicans denounce actions from the right are silent as the grave when more violent offenses are committed under their very noses.”  (Representative JT Wilcox Facebook statement)

The much-maligned Western State Hospital is seeking to build a smaller facility near its current structure in Lakewood. Due to administrative failures from the Inslee Administration, the hospital failed to meet federal guidelines in 2018, costing Washington taxpayers $53 million. The mental treatment hospital has also been one of several state-run facilities that failed to adhere to health guidelines, causing mini outbreaks of the coronavirus this Spring among their staffs and residents. The Department of Social and Health Services is planning to replace its current hospital with smaller centers in Thurston and Clark counties and on its current Lakewood site. (News Tribune)

In proving the best way to create a lawless community is to ban law enforcement, two separate shootings occurred over the weekend in Seattle’s CHAZ, leaving one person dead and two others injured. Police are investigating both shootings.  Thus far no arrests have been made.  (Seattle Times)

Former Congressman and King County Sheriff Dave Reichert is extremely critical of the actions of state and local officials for abandoning “the rule of law and their oath to protect and defend our communities. They have abandoned their law-abiding citizens and have been cowardly bullied into surrendering the East Precinct – and multiple city blocks.” Reichert condemned the death of George Floyd at the hands of a Minneapolis police officer by writing, “Every dedicated, honest, decent cop in this country would consider (Minneapolis police officer) Derek Chauvin’s actions disgusting.”  Reichert states that Governor Inslee and Attorney General Bob Ferguson have sat on the sidelines while peaceful protests have “been highjacked by rioters, looters, arsonists, and murderers. Law abiding citizens are afraid as mob rule takes over the city.” (Washington Wire)

Nearly a quarter (6,500 of 28.000) of Washington State’s coronavirus cases are from Yakima County. COVID-19 has spread through all races and all segments of the county’s residents. Medical facilities have reached capacity and some patients are being sent to Western Washington for care. Last week, all workers (except those who work alone) were required to wear masks and Governor Inslee is expected to require everyone to wear a mask in public. (Yakima Herald)

Washington State Department of Fish and Wildlife Director Kelly Susewind authorized the lethal removal of up to two wolves from the Togo pack in northern Ferry County. The pack has been responsible for at least seven livestock attacks in the area.  Susewind had previously approved the killing of two wolves last summer, but WDFW employees were unsuccessful in their attempts. (Washington AG Network) 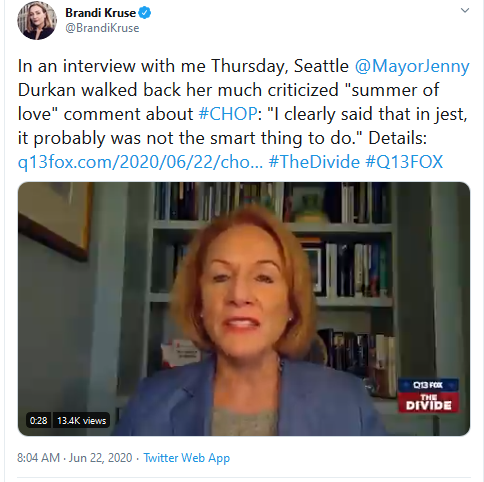 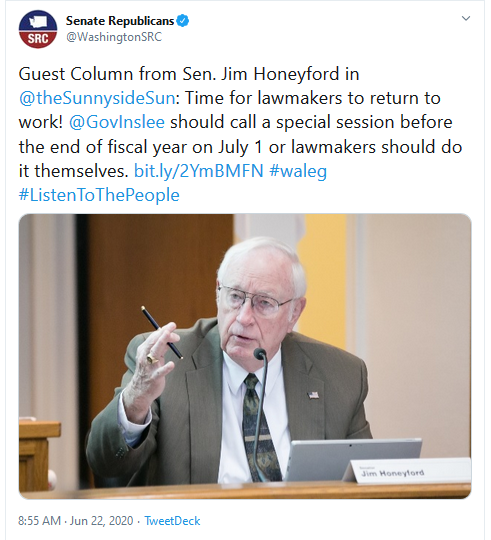