The horrendous errors at Governor Inslee’s Employment Security Department have caused some applicant’s bank accounts to be frozen.

This week’s Newsmaker Interview is with regional community leader Kevin Wallace. As President of Wallace Properties and a former two-term Bellevue City Councilmember, Kevin works on a variety of issues that impact the Eastside and the region.  In his interview with Shift, Kevin shares with us his thoughts from his recent visit to CHAZ, the protest/riot in Bellevue, Seattle’s attack on employers, homelessness on the Eastside, and his future political plans. (Shift)

The failure of Governor Jay Inslee’s Employment Security Department (ESD) is negatively impacting the lives of Washington residents in new and outrageous ways, as some applicants have had their bank accounts frozen. While Governor Inslee gives flippant and evasive answers to serious questions about his ESD allowing one of the largest thefts in American history, some residents are being frozen out of their bank accounts and are being labeled as felons.  At least nine Washington residents (and likely many more) have stopped receiving payments and have had their bank accounts frozen, leaving them unable to buy groceries or pay bills. (Seattle Times)

The Washington State Supreme Court rules that school districts may be held liable for the sexual misconduct of teachers and other school personnel. In a lawsuit filed by two female students against the Olympia School District, which stemmed from a 2011 sexual assault conviction of a district employee, the court ruled that school districts must take responsibility to prevent assault and harassment from their employees. (News Tribune)

Former Republican nominee for governor Bill Bryant describes Governor Inslee’s proposed across the board cuts to the Washington State budget as “lazy budget tinkering.” Bryant correctly points out that, even with the severe drop in tax revenue due to the coronavirus outbreak, the state will still be collecting 10% more in tax dollars than it did just four years ago.  Bryant is critical of Governor Inslee’s stated approach of across the board cuts.  Bryant says the method, “shield(s) our elected officials from the flak that comes with making the hard decisions about what’s important.  We elect them to make those decisions and now is the time for them to do it.” (Bill Bryant’s 500 Words)

It is becoming apparent that no one gave a specific order to abandon Seattle’s East Precinct, police officers just left and did not return. After Mayor Jenny Durkan gave the orders to remove barriers surrounding the building, officers quickly started loading equipment and files into patrol cars and left the precinct, while officers coming onto duty were informally told to report to the West Precinct. (Crosscut)

King County Metro removed a statue that was left at its Tukwila maintenance facility because it “could be interpreted as a racist symbol and a form of harassment.” We are told the figure, which depicted a person of color, appeared on June 2nd.  The reason why some said they were offended was because it was left near a flagpole (thus bringing to mind images of Black persons being hung from flag poles).  Unfortunately a picture of the statue/flagpole were not provided so people could determine for themselves whether this was a legitimate interpretation or another overreaction from the transit agency which last week informed law enforcement officials that they would not help transport officers in future protests/riots because “of the role that law enforcement has played historically in our nation and continues to represent for many within the communities we are most called to serve.” (KOMO News and King County Metro statement)

Due to scheduling conflicts with the Bellevue Police Department, the rally “supporting law and order” in downtown Bellevue will be rescheduled. Attendees are asked to take part in a “Back the Blue” rally that will take place in Renton (1055 South Grady Way) Saturday at 10:00 AM. (King County GOP Twitter)

There is some confusion among Seattle residents as state health officials allow King County to move up to Phase II, while Seattle Mayor Jenny Durkan extended the closure of parks, community centers, and libraries.  The mayor confused the situation even further by banning all permitted public events, but allowing farmers’ markets, protests, riots, and specific political/community events in which she is a speaker to take place. It has become even more apparent that health decisions that impact the lives of Seattle residents are not based on science or data, but what is convenient for the city’s political elites. (Seattle Times)

The Tri-City Herald states in an editorial that residents’ refusal to wear masks is keeping Benton and Franklin counties stuck in Phase I and is impeding the opportunity to re-open the economy. The region between Yakima and the Tri-Cities continues to have the highest rate of infection in the state, yet many residents have grown tired of Governor Inslee’s stay-at-home orders (especially since the Governor has allowed political protests to continue in Seattle). The paper sums up its point by stating, “We need business owners to require customers to wear masks like they require shirts and shoes. We need all area farmers to implement social distancing and hygiene measures in the fields and orchards. We need our community leaders to find a way to hand out masks to citizens.” (Tri-City Herald)

An inmate at the Coyote Creek Correctional Center (who was due for release in a couple of months) has died from the coronavirus. The facility is currently in lockdown, as 130 inmates and employees have tested positive for the virus at the state-run prison.  A guard from the Monroe Corrections Complex has also died of the virus due to an outbreak at the facility, seemingly caused by the Department of Corrections not following health and safety guidelines. (Spokesman-Review) 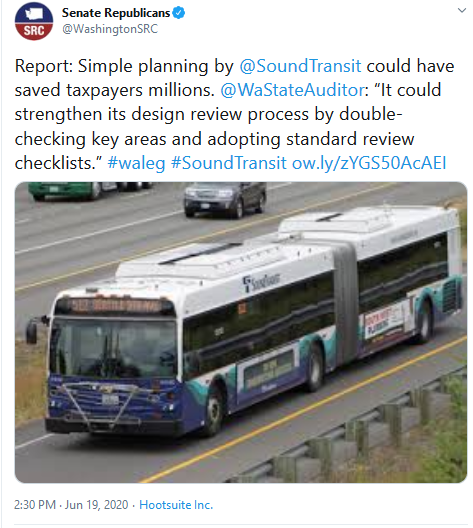 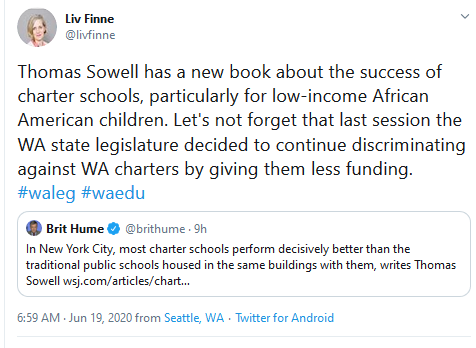 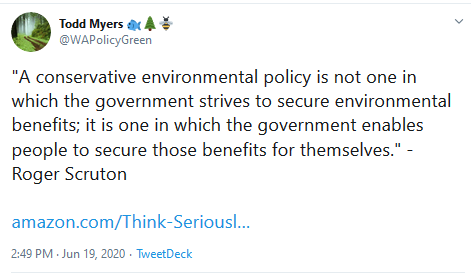