Governor Inslee said, “It is news to me” when asked about protesters shutting down a police precinct and taken over 6 blocks of the state’s largest city.

People all over the country are stunned that Governor Jay Inslee was unaware that protestors had taken over 6 blocks on Seattle’s Capitol Hill.  When asked about the “Capitol Hill Autonomous Zone,” which was declared on June 8,  the clueless governor replied, “Well that’s news to me so I’ll have to reserve any comment about that.  I have not heard anything about that, from any credible source.  Not that you’re not credible, just before I espouse an opinion, I should know of which I speak.” It has been a top story in the country for over two days, and our governor was not aware of it.  At least Governor Inslee is consistent in his ignorance concerning violent Left-wing protests.  After the June 2019 Portland Antifa protests, in which a journalist was hospitalized due to being assaulted by protestors, Inslee was questioned at an appearance for his failed presidential campaign about the attack and replied, “Tell me who Antifa is.” Even though Antifa had often made national news for their violent protests (many of which occurred in Washington State), Jay Inslee thought Antifa was a person. This truly was Governor Zero meeting his moment.  (Rebecca Perry Twitter, Wikipedia, The Epoch Times, and C-SPAN)

The Press Secretary for Jay Inslee’s failed presidential campaign, retweeted a post favorable to the protestors who want to defund Seattle police.  In doing so, Katie Rodihan is acting as if Jay Inslee, the Democrat state legislators, and Seattle’s liberal establishment have not been in in power for the past three or four decades and able to fund or solve the problems the protestors say they are fighting for. (Katie Rodihan Twitter)

Washington State Auditor Pat McCarthy announced that her office will conduct two investigations into the “hundreds of millions of dollars” stolen from the state’s Employment Security Department, which resulted in the state failing to deliver promised financial assistance to hundreds of thousands of Washington residents.  The Democrat auditor stated that her office will review 1) the technical aspect that allowed the theft to take place; and 2) what specific factors led to the delay of unemployment payments. One thing we hope the auditor can do, quickly, is provide Washington citizens the actual amount that was stolen from taxpayers.  Thus far, the Inslee Administration has only provided vague calculations for the theft that happened under their watch. (Washington State Auditor media release)

Employment Security Department (ESD) Commissioner Suzi LeVine said the effort by her office to clean up the backlog of benefit applications has not moved “as quickly as we would hope.”  After mismanagement of the ESD system allowed a “well-organized Nigerian crime ring” to commit one of the largest scams in American history, costing taxpayers “hundreds of millions of dollars,” the department was forced to shut down the application process and delay much-needed payments to thousands of Washington residents.  LeVine said the ESD has taken the unprecedented course of bringing in the National Guard personnel to help relieve the backlog. Maybe some of them could help box up LeVine’s office so she could do the state a favor and return to Democrat fundraising where she might not do as much damage to taxpayers. (News Tribune)

Not only has the Inslee administration failed to deliver much-needed unemployment payments to Washington workers who have lost their wages due to the coronavirus outbreak, but they are also punishing those who are looking for other work to pay their bills.  While waiting for the Employment Security Department (ESD) to deliver the promised benefits, some have found temporary employment to earn money.  In doing so, the ESD might flag them and force an appeal (thus delaying payment even further) for their benefits. (MyNorthwest)

Superintendent for Public Instruction Chris Reykdal said he believes Washington State schools will re-open this fall, and released a set of health guidelines for schools to follow.  Reykdal said that some districts might require a “hybrid” of in-person and online education.  Reykdal said the guidelines were developed by the 123-member Reopening Washington Schools 2020 – 2021 Workgroup, which was populated with political donors, union groups, government employees, and liberal special interest groups.  Despite saying that online education will be part of the mix when students return, no online education representative was permitted to take part in this process. (Superintendent of Public Instruction’s office media release)

Despite Inslee’s “stay at home” orders, Parents for Safe Schools turned in more than 260,000 signatures (more than twice the required amount) to place a repeal of the Democrats’ controversial sex education measure on the November ballot.  Also noteworthy is that all signatures were gathered by volunteers (normally paid signature gatherers collect the needed signatures for Washington State’s initiatives and referendums).  Voter support of Referendum 90 would repeal SB 5395, which was authored by Superintendent of Public Instruction Chris Reykdal and passed by the Democrats in the Washington Legislature.  The divisive measure would remove parents and local school boards from sex education curriculum decisions, and would mandate specific sex education topics to be taught starting at the kindergarten level. (KING5 News and Washington Legislature Bill Summary)

In addressing police officers, Seattle Police Chief Carmen Best stated that the decision to abandon the East Precinct was not hers. The chief stated, “The decision to board up the precinct, our precinct, our home, the first precinct I worked in, was something I had been holding off. You should know leaving the precinct was not my decision. You fought for days to protect it, I asked you to stand on that line day in and day out, to be pelted with projectiles, to be screamed at, threatened, and in some cases, hurt. Then to have a change of course nearly two weeks in, it seems like an insult to you and our community.” Well, chief, exactly who made the decision to deliver that insult? (Capitol Hill Blog)

SeaTac Airport experienced its busiest week in nearly 3 months as people slowly start to resume air travel.  The airport is still experiencing an 80% reduction in passengers, but this is still triple the number of people who used the airport in early April. (Seattle Times)

The Seattle Sounders and Major League Soccer will resume play in a month-long tournament that will be held at Disney World’s sports complex in Orlando, Florida.  All players and personnel will be tested before being allowed to travel and take part in practices. (News Tribune)

Chelan and Douglas counties have finally been approved to move to a modified Phase I (similar to King County), leaving just Benton, Franklin, and Yakima as the last Washington counties to remain in Phase I. Wenatchee area officials were hoping to move to Phase II but are somewhat satisfied that some business will be allowed to re-open under severe restrictions.  Health officials plan to meet next week to begin the process to apply for Phase II.  (Wenatchee World)

The Benton Franklin Health District Board has applied to the state to move the two counties to Phase II.  The commissioners of the two counties approved a plan that was prepared by health district staff.  Local officials believe they will know by Friday if the Washington State Department of Health has approved the application. (Tri-Cities Herald)

A doctor for a Spokane-area drug treatment facility says the coronavirus has impacted the availability and price of illegal drugs.  Drug enforcement agencies are seeing a decrease in the amount and quality of drugs, but say it is too soon to confirm COVID-19 as the cause.  Many speculate that tighter border restrictions due to the coronavirus outbreak are the major reasons for the decrease in illegal drugs. (Spokesman-Review) 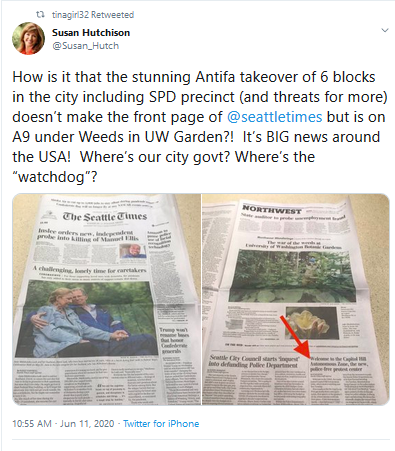 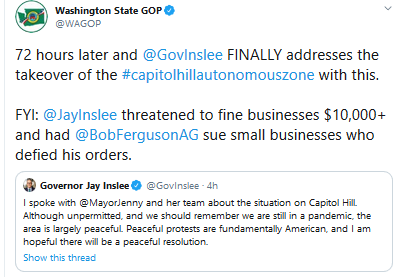