The BIAW says the state has overstepped its authority by imposing $10,000 fines on business it believes violated Governor Inslee’s emergency orders.

The Building Industry of Washington has filed a lawsuit to repeal an emergency order that allows the Department of Labor and Industry (L&I) to fine businesses that do not comply with Governor Jay Inslee’s Stay at Home orders.  The lawsuit contends the orders are illegal, unconstitutional, and unnecessary.  The BIAW claims that the $10,000 fine exceeds the $5,000 fines permitted under the statutory authority regulating the governor’s emergency powers.  A BIAW spokesman said that, “in order to pass an emergency rule and bypass all the normal procedures for rulemaking, an agency needs clear legislative authority and a clearly defined need. L&I has neither.” (Lynnwood Times)

In an admitted “budget cut drill,” state government department heads described how many vulnerable individuals would be hurt if the state imposed a 15% across-the-board budget cuts.  It is believed to be part of Democrat lawmakers’ partisan process to increase taxes to make up the $4 billion in lost revenues being projected due to the coronavirus crisis.  In replying to Governor Inslee’s request to submit a plan to reduce the budget of each department, state officials claim nursing home patients, foster children, and civil rights advocates would all be negatively impacted if the cuts were put in place.  We have seen this technique successfully used many times before.  Instead of finding waste and duplication to cut, government officials claim the most vulnerable will be hurt. Remember that Jay Inlsee has already increased the state government’s budget 20% in the past two years. (Everett Herald)

U.S. Senator Ron Wyden of Oregon has joined with Senate Democrat Leader Chuck Schumer to ask the U.S. Department of Labor to investigate the State of Florida’s slow delivery of unemployment benefits.  In a letter to the department, Wyden says, “While all states have seen record increases in the number of its residents applying for unemployment, the state of Florida’s performance has proved uniquely poor in its abject inability to assist millions of Florida residents who have applied for and continue to await unemployment benefits.”  We wonder why the Oregon senator would single out Florida when the situation across the Columbia River in Washington State is considerably worse due to the mismanagement of Governor Inslee’s Employment Security Department.  Could it be because Florida’s Governor, Ron DeSantis, is a Republican and Senator Wyman would never hold fellow Democrat Jay Inslee accountable for his failure to deliver promised benefits to Washington workers? (Miami Herald)

Liberal Seattle politicians are failing to placate the Capitol Hill protests by giving into the ever-increasing demands of the Left-wing extremists.  Mayor Jenny Durkan’s numerous attempts to calm the situation, including removing all police operations from the East Precinct, have thus far only brought further demands.  Meanwhile an encampment has begun in the 6-block zone (called “Free Capitol Hill” or “Capitol Hill Autonomous Zone”) around the precinct building in which the city has provided portable bathrooms and continues to remove garbage.  Organizers have sent out messages that they are already running out of food. (Capitol Hill Blog and Twitter)

The Seattle School Board has given into the demands of the protestors and are in the process of temporally (for one year) removing police officers from school campuses. The full school board will vote on this proposal on June 24th. This measure follows the school district’s previous action of denying police the use of their properties to stage their responses to the protests. (Seattle Times)

The City of Seattle, which was already spending millions to recruit police officers to replace those who were leaving in droves, will likely have another mass exodus of personnel as city officials again demonstrate a lack of support for law enforcement.  Many officers are upset with Mayor Durkan giving into protestors’ demands and for city councilmembers who appear to support the anti-police actions and demands of the protestors. (MyNorthwest)

Pierce County Prosecutor Mary Robnett has said her office can no longer investigate the March incident when Manuel Ellis died while he was in custody of Tacoma police officers.  Robnett said she had just learned that a Pierce County Sheriff was on the scene of the arrest, and this compromises the county’s law enforcement from investigating the incident and her office from making charging decisions.  Governor Inslee has since said the state will conduct the investigation into Ellis’ death. (News Tribune)

Congressman Dan Newhouse announced the formation of the Central Washington Law Enforcement Working Group made up of police department leaders from throughout the 4th Congressional District.  Following the group’s initial meeting, Newhouse said, “Central Washington’s law enforcement officers have sworn to protect and serve our families, friends, and neighbors; I am hopeful this Working Group will open a line of thoughtful, respectful dialogue as Congress considers legislation that will affect the way our officers work to enforce the rule of law.” (Newhouse media release)

A year after Spokane voters strongly approved a $6 million tax measure to support the city’s police department, local elected officials and activist groups say they are not seeking a reduction in the police department’s budget.  The President of the Spokane Chapter of the NAACP stated that the local goal is not to reduce funding of law enforcement, but instead figure out what the police force needs to do better. (Spokesman-Review) 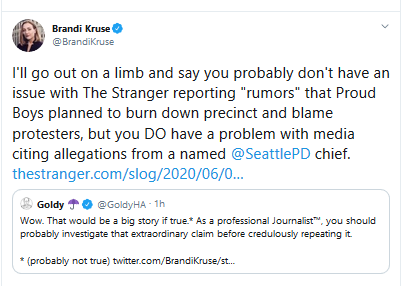 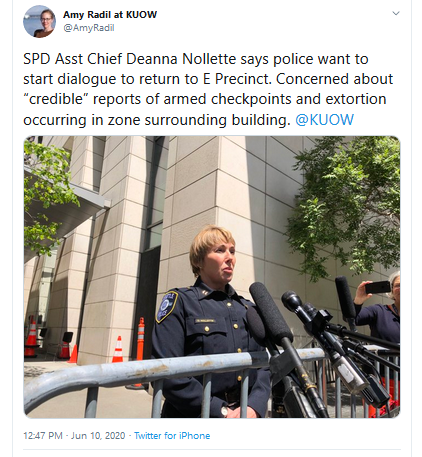 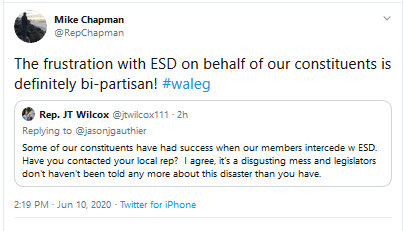