Senator Rebecca Saldana admits she doesn’t know what bills she is sponsoring – and just shrugs off her ignorance.

Senator Rebecca Saldana (D-Seattle) admitted in a tweet that she does not know the bills she has sponsored.  In the same tweet chain, the senator also demonstrated she is oblivious to what the “real issues” are surrounding the passage of I-976.  In Saldana’s view, voters are too “obsessed with car tabs rather than the real issue that none of us are paying what it costs to preserve, improve, and build transportation infrastructure future focused on mobility, safety and climate resiliency.” While the Senator spins a false political narrative that fits her narrow, Seattle-centric mindset which supports raising taxes even higher, most knowledgeable people understand that the “real issue” is that voters are fed up with paying higher taxes for expensive policies that only increase the size of government and fail to improve transportation congestion, greenhouse gas emissions, or the homelessness crisis. (Saldana’s Twitter account)

A bipartisan group of eight state legislators sent a letter to Washington Governor Jay Inslee over the current tactics used by Department of Ecology (DOE) to delay approval of a methanol facility in Kalama. While Cowlitz County is experiencing higher unemployment than the rest of the state, Inslee’s DOE has asked for yet another Environmental Impact Statement (EIS) without informing the public why the first EIS was insufficient (spoiler alert: because it didn’t support DOE’s radical environmental agenda). The Kalama facility had been previously approved by Governor Inslee, but he reversed his support in an attempt attract environmental money for his failed presidential campaign. (Democrat Senate caucus)

Washington Attorney General Bob Ferguson has found his “lawsuit of the month” against the Trump Administration.  After being silent for a few weeks, it appears Ferguson will sue the federal government over the closure of the Seattle National Archive facility at Sand Point.  Last week the administration announced it would move the material stored at Sand Point to other locations to save the taxpayers millions of dollars each year – which to Ferguson is a bad thing. (MyNorthwest)

Multiple bills to allow sports betting at Indian casinos have been introduced in the state legislature. Owners of non-Indian establishments also want to be able to open Las Vegas-style sportsbooks to serve the public, but the tribes have been betting heavily on Democrat legislators in recent decades, which tilts the playing field in their direction. A 2018 U.S. Supreme Court ruling allowed states to legalize betting on sporting events, and since then 44 states have either passed or are considering legislation to allow sportsbooks to operate in their states. (Oregon Public Broadcast and ESPN)

New Seattle Councilmember Andrew Lewis proposed opening a 24-hour police storefront in the Pike/Pine corridor as his solution to the violence in downtown Seattle. The location would be staffed by noncommissioned officers who do not carry guns.  This “solution” proves that in his few weeks in his new position, Lewis has already learned the Seattle Council technique of proposing solutions that waste taxpayer money while failing to address the real problems.  The businesses and citizens in the neighborhood are demanding that the city enforce drug and crime laws, and incarcerate criminals, but Seattle politicians continue to place pretty band-aids on massive internal injuries. (KING)

A homeless non-profit and the City of Puyallup continue to fight in court over whether the city has done enough to provide locations for a homeless shelter. The city contends that it has met its responsibilities by providing 191 possible locations, while Homeward Bound believes this is not enough. (News Tribune)

The Seattle School Board ignored pleas from parents, non-support from teachers, and task force recommendations to keep going down the road to eliminate the city’s academically gifted program due to the belief it promotes racial disparities.  Many parents were in tears as they testified before the board, only to be ignored.  Many argued that the gifted program should be expanded, and the school district has failed to recognize minority students who should be included. (The Stranger)

Investigative reports show that the Seattle School District is not willing to fire teachers who abuse students. KUOW details many instances where educators continue to be paid even after many incidents with students.  One teacher received more than $135,000 while on suspicion after multiple abuse reports. (KUOW/NPR)

The Spokane City Council has overridden former Mayor David Condon’s final veto and thus compensation for 40 top city employees will not be subject to an independent board’s oversite.  Currently the Salary Review Commission determines the salaries for the mayor and city council.  Condon believed the same transparency should be applied to the top city employees who are exempt from Civil Service rules. (Spokesman-Review)

A battle between environmental groups and dairy farmers is occurring in the Yakima Valley.  Environmentalists contend the high level of nitrates in the groundwater is the result of leaky manure storage facilities and heavy use of manure in fertilizing crops.  Farmers contend the nitrates are the result of pre-existing soil conditions.  The dairy industry is asking for a full study on the issue, while environmentalists believe their non-peer reviewed study is enough to increase regulations. (Yakima Herald) 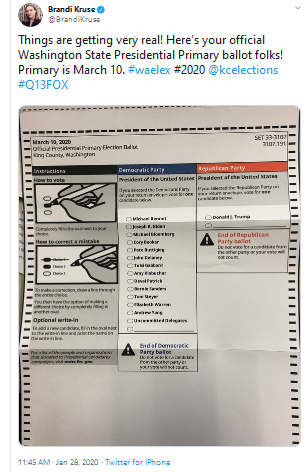