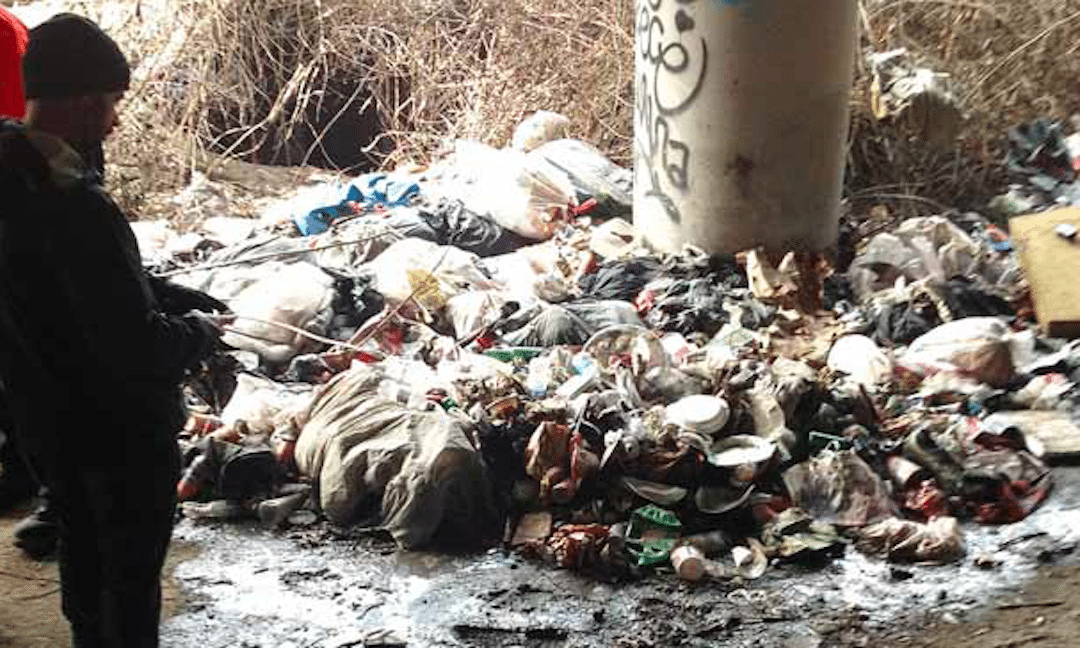 Earlier this year, Seattle Mayor Ed Murray — joined by Governor Jay Inslee — announced an aggressive plan using state money to clean up The Jungle, the notorious and illegal homeless encampment under I-5. But, almost as soon as the far-lefties that dictate policies in Seattle started complaining, Murray started backtracking.

During a press conference on the topic, the Mayor actually admitted, “I don’t have the answer… We’re actually making this up as we go along.”

Well, Murray’s making-this-up-as-we-go-along leadership strategy has led him to a complete reversal of his original plan to clean-up The Jungle. According to the Seattle Times, Murray will not actually evict people still camping on public property in The Jungle. Via the Seattle Times:

“His stance on the area also known as the East Duwamish Greenbelt has evolved since January, when he said the encampments should be completely shut down.

“Officials say roughly 250 people have left the stretch between Sodo and Beacon Hill since mid-May, when Murray directed the Union Gospel Mission to do intensive outreach with the goal of emptying the encampments by offering shelter and services.

“Of the people who have departed, 64 have accepted offers of help, according to a new status report from the Seattle Human Services Department and the Mission. Meanwhile, 31 are newly living in or have returned to The Jungle.”

A report by the Union Gospel Mission revealed that those still living in The Jungle are “people with significant barriers to accepting help.” The report identifies addiction as the predominant barrier, as about “90 percent of them are struggling with substance abuse.”

In fact, Murray went so far as to admit in the Times “We’re never going to fully clear this area of folks living there.”

Just to be clear, Murray’s own agency, Seattle Public Utilities, pointed out the hazardous problem of sanitation brought on by the illegal homeless encampment under I-5. Essentially, this is an issue that involves the wellbeing of the people who are camping there. Yet, Murray refuses to allow the Union Gospel Mission to continue its efforts to take care of those in need.

“I think he is horrible at his job. I think he should resign immediately… The mayor needs to resign. He does not know what he’s doing. This is the fourteenth largest metro in the country. There are 3.6 million people living here — the wheels have come off for him. This has turned into coo coo for cocoa puffs. There is something wrong here.”

There is something seriously wrong. Murray is not a leader, he is follow-the-orders of the far, far-Left/make-it-up-as-he-goes-along career politician.