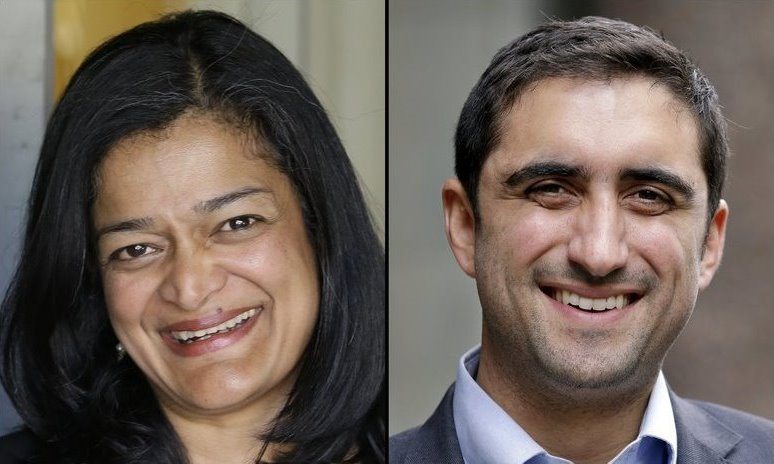 We’re in the last week before the election, and so the campaign we compare to the Hunger Games – the race to replace Congressman-for-Life Jim McDermott – is finally seeing the candidates stop dancing around and actually go in for the election “kill.”

As we highlighted on Shift last week, underdog Brady “I’ve got a middle name and I know how to use it” Walkinshaw launched the first attack campaign ad, causing Pramila “Remember, I’ll only move into the district if I win” Jayapal. However, it was not what even the Seattle Times would consider a death blow.

However, the fallout from the ad has hit both campaigns. Walkinshaw, as the Times reported, came under fire, as “Jayapal’s campaign went thermonuclear, invoking race, misogyny and Donald Trump.”

However, while apparently racism and misogyny can irritate Seattle liberals, the Trump comparison has hit a nerve. As was reported today in Crosscut, one local Democrat consultant said, “People aren’t going to buy [Walkinshaw] as a Donald Trump-ite. Not gonna happen. He doesn’t have the background. He doesn’t have the demeanor.”

Now as the candidates circle each other, to mercifully put an end to the “games”, we’ll see which one’s “demeanor” will carry the day.