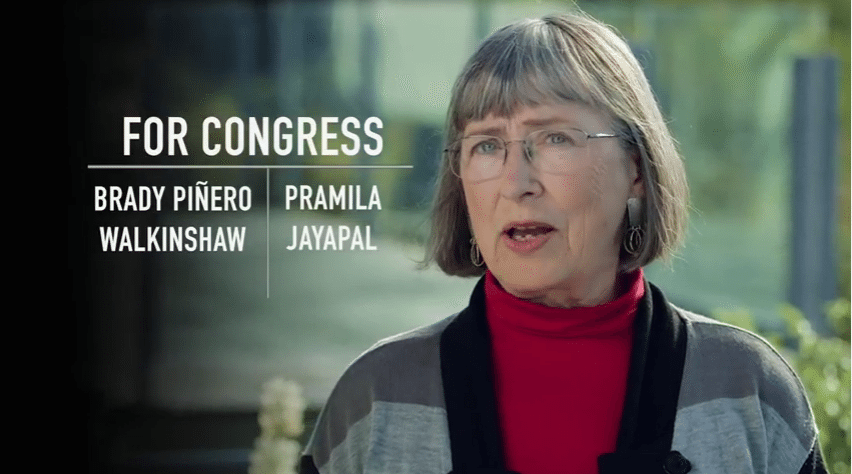 The race to succeed Jim McDermott in Congress has been much more of a snoozer than people likely would have thought when the Congressman-for-Life announced his retirement last year. Most observers guessed that the race to win the ultimate in safe seats would have attracted a liberal crowd willing to say and do anything in a campaign sure to end up in the gutter.

Instead, Seattle voters have been treated to a race where the first “attack” ad talks of missed votes and efficiency rankings.

And even that has caused the race’s frontrunner, State Senator Pramila Jayapal, to go “thermonuclear”, according to Seattle Times columnist Danny Westneat, “invoking race, misogyny and Donald Trump.”

All this because the ad was true. As he noted, “she does have a thin record in elected office — she’s been in office less than two years. And she did miss a lot of votes. The effectiveness rating is a lame criticism, but it’s also factually true.”

Jayapal’s reaction to the first attack ad from opponent Brady Walkinshaw demonstrates either a very thin skin about her record, or a very calculated attempt to avoid any criticism at all, lest voters realize the truth about her ineffectiveness before the election.

As Westneat wrote, “by calling out “Trump-style attacks on women” or racial dog-whistling where none exist, that makes it seem like Trumpism is everywhere. Comparing Brady Walkinshaw, of all people, to Trump — that just normalizes Trump. It also makes me worry, for the first time, about Pramila Jayapal. If she wins, she’ll probably represent Seattle in Congress for as long as she wants. Going nuclear with imagined racial slights at the first sign of adversity is a disappointing start.”

Oh well, evidently Seattle voters are going to get what they want/deserve – yet another lifetime Member of Congress who is long on outrage and short on effectiveness.