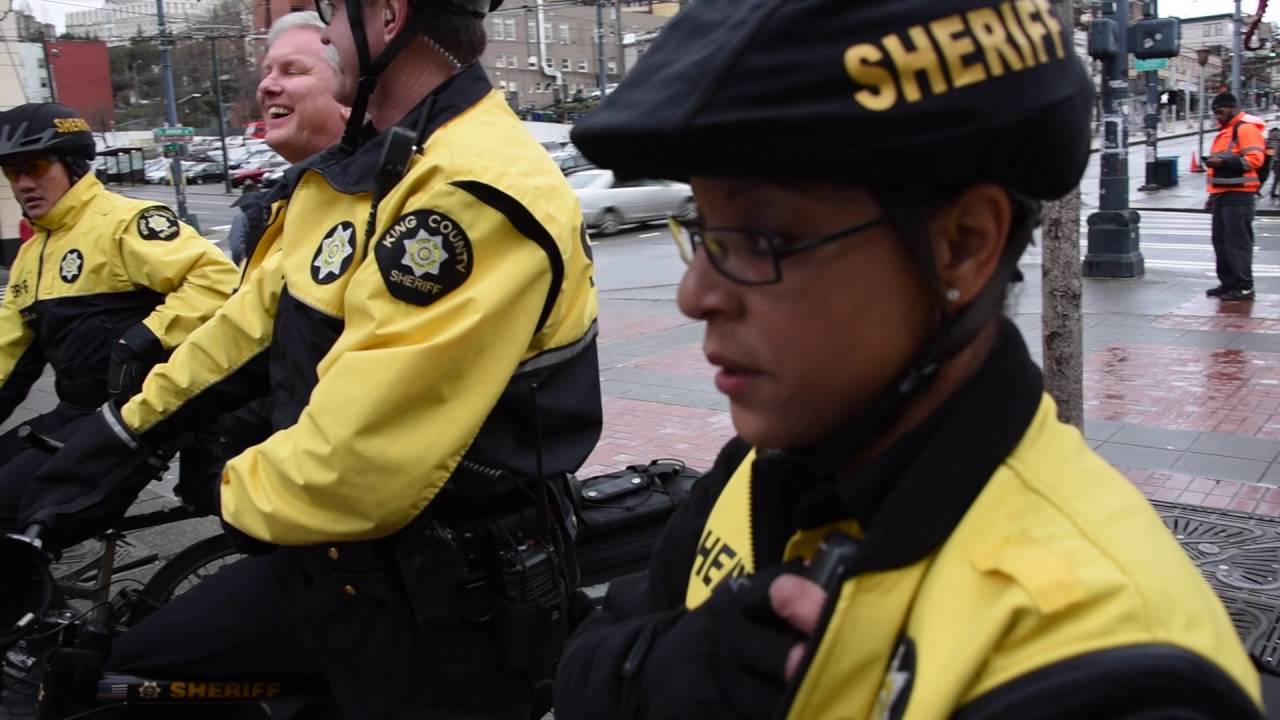 We previously reported that the King County Charter Review Commission is attempting to remove our right to vote for Sheriff by making it a position appointed by the Executive, with Council ratification.

Here’s their reason to move to an appointed position:

The subcommittee recommends development of a charter amendment returning the sheriff to an appointed position (appointed by the executive and confirmed by the council). The sheriff was an appointed position prior to 1997. In 1997, a charter amendment making the position an elected office was passed by 57% of the voters. There have been a total of five elected sheriffs since 1998. The sheriff is required to be a registered voter in King County to be qualified to run for election.

They’ve also listed five reasons to remove our right to vote for Sheriff. We’re going to take on their reasons point-by-point. If you have your own, be sure to leave a comment after the article.

The commission contends: “Integrity, impartiality and professionalism are promoted by removing politics from the office of sheriff.”

We counter:Removing the power to choose a Sheriff from the public would not remove politics from the office of the Sheriff. Consider the City of Seattle. Their Police Chief is appointed by the Mayor and confirmed by the Council. The process was an absolute disasterand politics was at the forefront of it all. Considering Seattle is a major portion of King County, we can only imagine Seattle-style, insider politics would dirty a King County Sheriff appointment process. The commission must be high.

The commission contends: “Current laws foster transparency and access to information in a manner that was not true when concerns about corruption led to an elected sheriff.”

We counter:The previously elected Sheriff was ousted by voters partially due to his lack of transparency. Concerns about corruption are not gone, but there are better tools to deal with it. Whether the Sheriff is elected or appointed the same tools exist. One tool that would be missing with an appointed sheriff, however, is an election.

The commission contends: “The candidate pool would be national rather than restricted to registered King County voters. Experienced, qualified law enforcement professionals would be more likely to apply for an appointed position.”

We counter:There is some merit to this position. However, in a county with over 2 million people, there must be some highly qualified folks who can run the Sheriff’s office. We also elect other specialized offices in King County, such as the Assessor and Director of Elections. The commission isn’t looking to take away our right to vote on those positions. Why? Perhaps because Executive wants more centralized power? We’ll be looking into that.

The Commission contends: “The sheriff could be removed for cause if needed; currently there is no process for doing so other than a contested election.”

We counter:The Sheriff can be removed by voters now with a recall or every four years in an election, just like every other executive-level elected official. Why the different standard for the Sheriff over other elected positions?

The Commission contends: “The sheriff’s department would avoid internal negative effects from an election between two internal candidates.”

We counter:This is not a challenge unique to the Sheriff’s office. There are numerous instances of a subordinate challenging their elected boss. Any department with an elected official leading it would be subject to these “negative effects.” Somehow, government continues whether staff will be dealing with the realities of the potential changes of a new boss. This is true whether appointed or not.

What’s the real reason to take away our rights?

In the end, we view the arguments to take away the rights of King County voters to elect their Sheriff as very weak. There’s another angle here that we’re going to look into. We think it’s possible that some members of the County Council and Executive Dow Constantine want a “yes man.”