Look, nobody is going to accuse Gov. Jay Inslee of being the hardest-working man around. His frequent late arrivals to the office and large blocks of “workout time” on his calendar attest to that (Source [1] [2] [3] [4]).

If his life was a Dos Equis ad, he’d be The Most Uninterested Guy in the World. 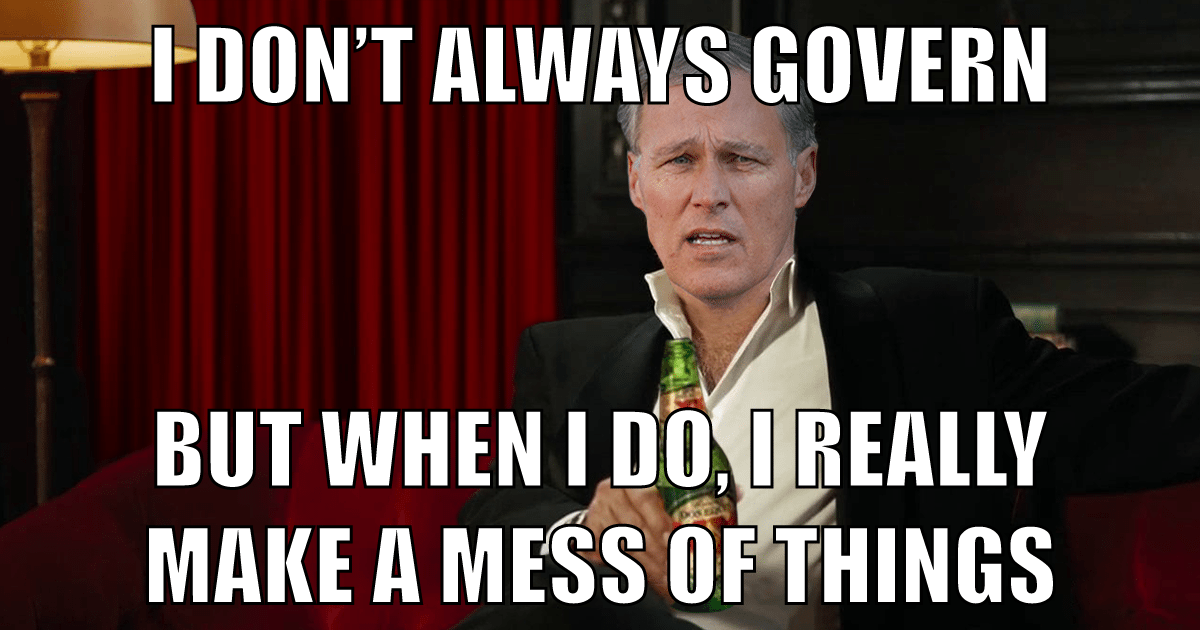 But maybe Inslee might want to start putting a little more work into his work week. His accomplishments this year in the Legislature could charitably be described as “light.”

Yep, if Inslee’s legislative influence was expressed as a movie title, you’d have to choose “The Man Who Wasn’t There.”

How did Inslee manifestly fail this year? Let us count but a few of the ways.