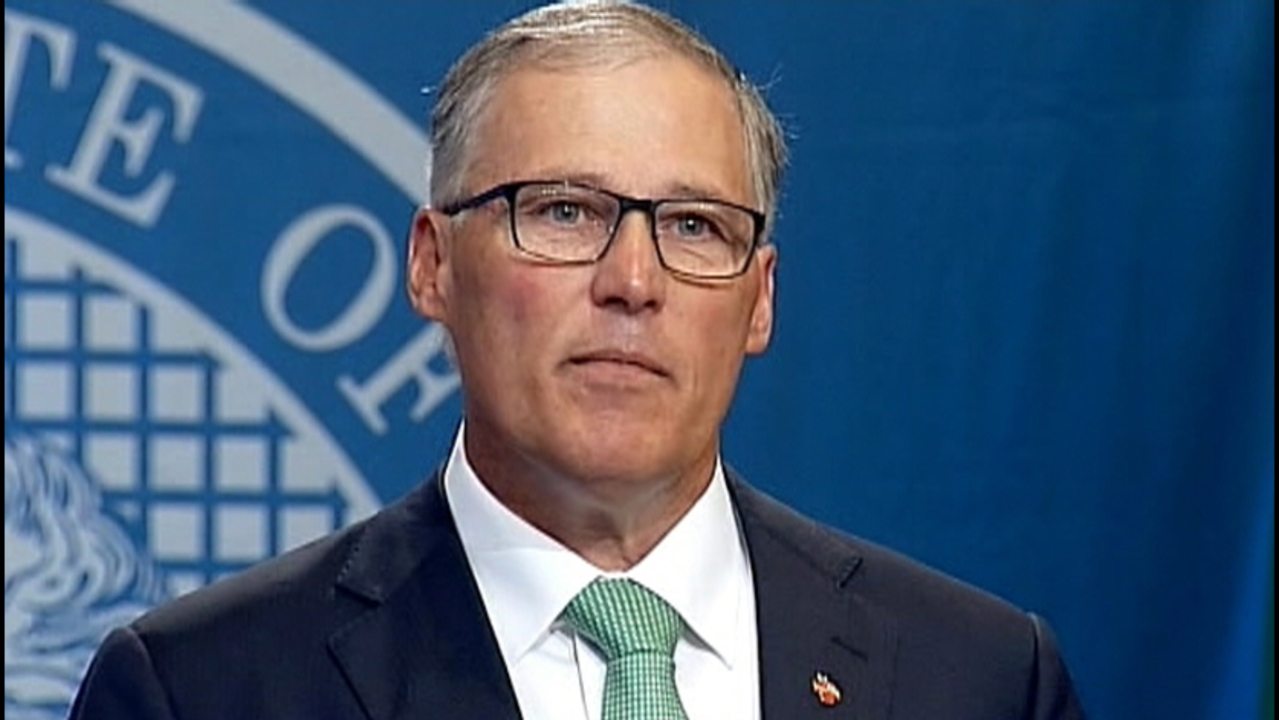 Jay Inslee wants universal health care and, during a press conference held last month, he outlined his “first-step” toward making that happen in Washington State. As Shift reported, Inslee introduced his plan before announcing his much-anticipated run for the Democratic presidential nomination. While his timing certainly indicates a need to pad his resume with far-left “accomplishments,” it wasn’t the only clue the press conference revealed about Inslee’s ambitious agenda.

Inslee exposed his ignorance of health care policy – and, arguably more egregious, his insincerity toward universal access to healthcare – when he pivoted from the topic of our state’s role as a guinea-pig for far-left policies to attacking President Donald Trump over the partial shutdown of the federal government. Clumsily stumbling over popular Democrat talking points, Inslee attacked his would-be competitor for the presidency by stating,

“We don’t have an emergency in national security, as much as we have an emergency of presidential insecurity. Because this president has not been secure enough to stand up against Ann Coulter and those that want bad bumper stickers to shut down the ability of people to have service in the Coast Guard, in our national parks and everything else the federal government does for us.”

While the identity and exact agenda of “those that want bad bumper stickers” remain unclear, Inslee’s ignorant merging of two fundamentally conflicting policies – open borders and universal healthcare – is all too clear. For argument sake, let’s set aside the crushing cost and insurmountable complications of implementing a universal healthcare system in a country with a diverse population of over 325,000,000 people. The fact remains, a country cannot have open, unsecured borders AND a universal health care system. The two policies cannot co-exist – a lesson Sweden and Denmark learned recently.

Democrats like Inslee love to use countries like Sweden and Denmark as examples of socialist utopias. Of course, they conveniently ignore facts that do not fit their narratives, i.e., the ethnically homogenous and culturally exclusive natures of these small countries. Perhaps most convenient for their far-left narrative, Democrats ignore these countries’ increasingly strict immigration laws that include closed borders and – in the case of Denmark – a forced cultural assimilation program for children, seizure of immigrants’ assets to help pay for their welfare, and a 45% cut to welfare benefits for immigrants and refugees.

To be clear, pointing out Sweden’s strict, closed border policy or Denmark’s harsh immigration laws – including separating children from their parents for 25 hours per week to learn “Danish values” – does not represent an endorsement of these policies. Instead, these policies highlight the absurdity of the far left’s position on both universal health care and open borders. As Sweden and Denmark know, a mass influx of immigrants is unsustainable in countries with generous socialist welfare programs. Any politician who – in a rush to grasp power by appealing to the Democrat party’s increasingly far left base – demands both universal health care and open borders is either willfully ignorant or, perhaps worse, purposefully insincere.

Inslee received a 0% rating by the U.S. Border Control during his time in Congress, indicating die-hard open border support. Inslee also supports universal health care. Simple logic supported by reality tells us he cannot have both.

Inslee exposed his lack of sincerity for universal health care by ending his press conference with his rather pathetic attack on Republican’s push for secure borders. For Inslee, championing universal health care is just another means to an end. Like his fellow Democrats, Inslee is all too willing to make irresponsible, unsustainable promises in exchange for power.