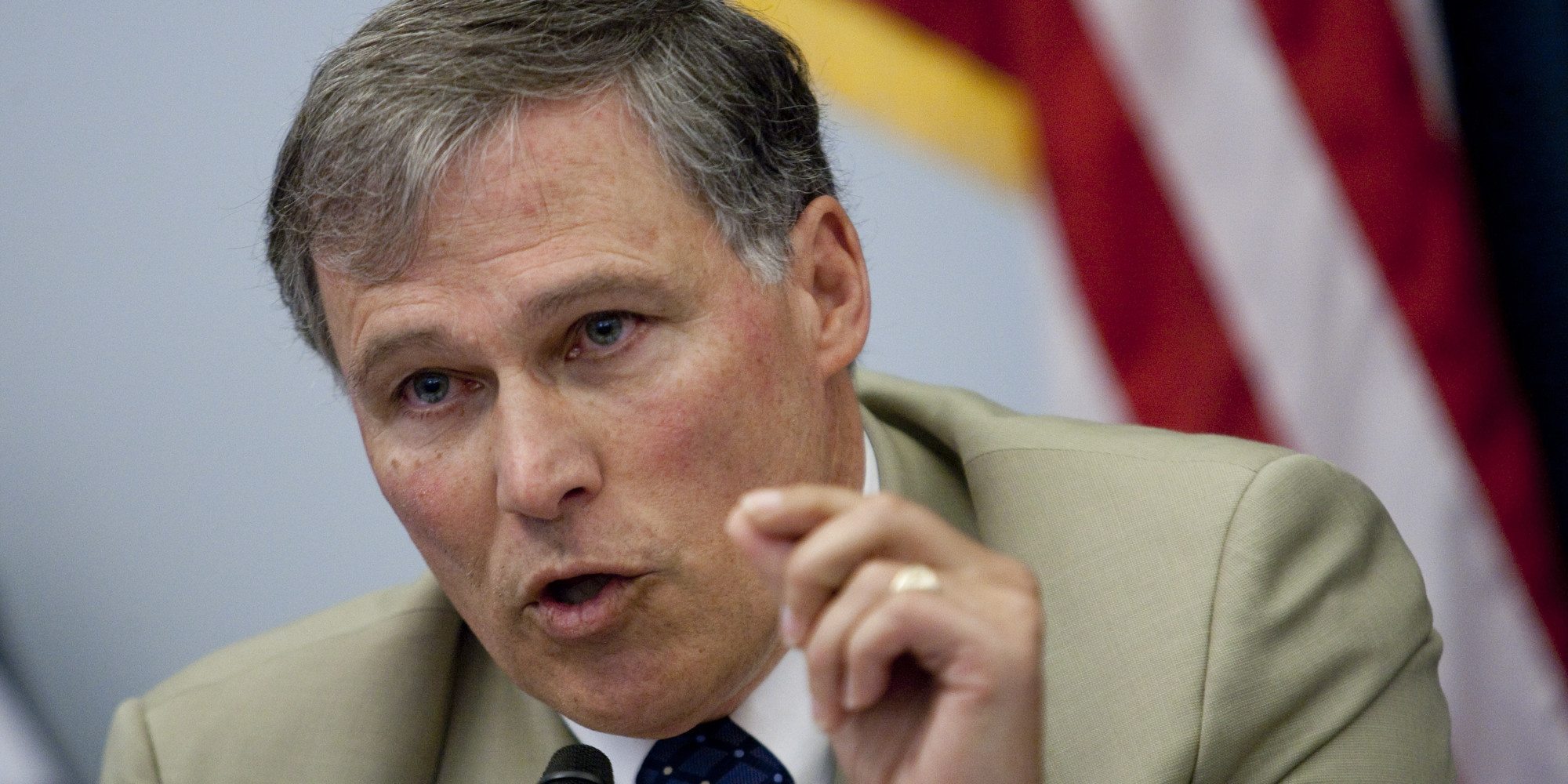 Jay Inslee’s cap-and-tax scheme has made media headlines since he introduced the new tax as part of his budget proposal last month. Under Inslee’s plan, carbon-emitting businesses and fuel distributers who do not met our green governor’s emissions threshold must purchase a permit from the state to continue operations. The permits would be sold at auction, with the Department of Ecology deciding who needs to buy a permit—and the University of Washington, Washington State University, US Army Joint Base Lewis‐McChord and Naval Base Kitsap all made Ecology’s original list of the 130 polluters Inslee doesn’t like.

The reception for Inslee’s cap-and-tax plans has been decidedly negative. The only real support, as might be expected, is from Inslee’s extreme environmentalist supporters and those special interests who will profit from his scheme, who boasted that it was a “bold new approach” that would create the most “progressive carbon-pollution regulation system anywhere in the world.” The fact this “bold new approach” was rejected by in 2008, when proposed by then-Governor Chris Gregoire to a state legislature that was completely dominated by her fellow Democrats, was conveniently forgotten from those who stand to benefit the most from Inslee’s “progressive carbon-pollution system”.

Yet, others on the Left were less enthusiastic. Though she later backtracked from her criticism, Democrat state Rep. Judy Clibborn—chair of the House Transportation Committee—called Inslee’s cap-and-tax scheme a “non-starter.” She expressed concern that Inslee’s plan would hurt lawmakers’ ability to pass a transportation bill—something Republicans and Democrats have been working to craft for two years

The worst-case scenario – since fortunately the plan itself has no chance of passing – is that Inslee’s cap-and-tax scheme will negatively impact legislators’ ability to come to a consensus on a transportation package. Republican lawmakers certainly do not support a cap-and-tax. GOP State Sen. Doug Ericksen, chair of the Senate Energy, Environment and Telecommunications Committee, called Inslee’s cap-and-tax plan “an energy tax, which is really a tax on mobility — which is a tax on freedom.” And, as we saw from Clibborn’s quick retraction of her criticism of a cap-and-tax—Democrats do not appear willing to fall solidly into line to even allow the bill to pass in the Democrat-controlled House (just like in 2008).

Unfortunately, the threat his cap-and-tax scheme poses toward a transportation package works in Inslee’s favor—to the determent of Washingtonians. While the cap-and-tax/transportation bill drama unfolds in the Legislature, Inslee is free to go about pushing toward a bigger prize, his fuel mandate, with little to no media recognition.

It was also during his budget roll out that Inslee finally signaled what has been anticipated for over a year (and since Shift outed Inslee’s plans after obtaining internal staff emails on his plans). He would take steps to implement a fuel mandate—the second part of his extreme environmental agenda—without even seeking legislative approval. He did so by instructing the Department of Ecology to draft a supporting “rule.” As Shift reported, the time period set aside for even minimal consultation with legislators is a mere formality—required by law for any “rule” issued by bureaucrats. Inslee is set to move forward with implementing a fuel mandate by executive order after the response period ends.

And last week, in an unpublicized email to a state representative, Inslee finally set the timeline for jamming his executive order through. Legislators and the public have from February 4th-28th to submit comments on Ecology’s fuel mandate rule, after that Inslee will have met the minimal legal obligations for issuing an executive order. The reality is that Inslee created the perfect smoke screen—a cap-and-tax scheme—he needs to distract the public from an unpopular fuel mandate.

Opposition to Inslee’s approach is well documented. Voters (80%) and small business owners (75%) believe an increase in gas prices – from a range of estimates from 13 cents to $1.47 that Jay Inslee’s fuel mandate might cost according to various experts – is too much to pay for a policy that doesn’t benefit our state. Additionally, a whopping 90% of voters and 95% of small businesses do not want to see Inslee’s force a fuel mandate via executive order, instead of putting his proposal up for legislative debate.

That’s why Shift launched a campaign to raise awareness, but we need your help. You can order pre-printed Post-It notes with information about Inslee’s gas tax scheme. Every time you fill up your vehicle, leave a sticky note behind on the gas pump to let the next person know about Inslee’s plans – and take a picture of the note to send to us, so we can add it to our statewide map. Just click here and we will mail you a pack of 25 sticky notes so you can help spread the message to every corner of our state.