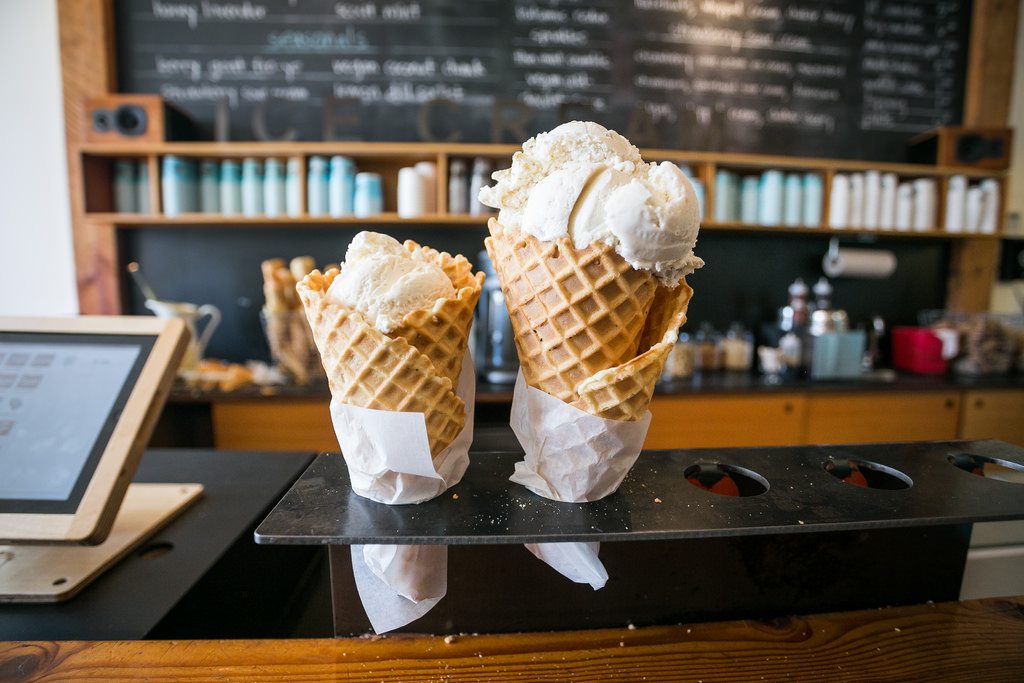 The unions of the Washington State Labor Council who paid to get an initiative raising the statewide minimum wage by 40% on the ballot this fall like to use public faces that don’t reflect the big money union bosses. Liberal Seattle ice cream maker Molly Moon has been one of their favorite front people because, after all, who doesn’t like ice cream?

Of course, that hasn’t always been without problems, like when a small business person invited by Molly and the unions to speak at a press conference actually tells the truth about the job losses that come with a higher minimum wage.

Now it appears that the other side is getting into the ice cream act as well, putting forth a Federal Way shop owner to discuss what the minimum wage will mean to businesses like his – an end to hiring teenagers for their first job. As reported by the Puget Sound Business Journal:

“High school and college students looking for part time work in the winter and full time work in the summer often flock to the retail and restaurant industries and Jack Walsh, owner of Sub Zero Ice Cream and Yogurt in Federal Way, has welcomed them the last five years with enthusiasm… Ten of the 12 employees that work in the Federal Way Sub Zero store are in high school or college, and for the majority of them, it is their first job. These employees start at minimum wage and earn raises as they continue on. Additionally they average $2 to $3 dollars an hour in tips, Walsh said. ‘As I see it, it would be a challenge to stay in business,’ Walsh said about increasing the minimum wage. ‘And if I am in business, instead of hiring teenagers, I’ll hire adults that are more productive.’”

Of course, the folks calling the shots at the Labor Council – and high-profile supporters like Jay Inslee – don’t much care if people lose their job opportunities. This is about union power to call policy shots for the Democrats, and put pressure on non-union businesses to accept unions or go out of business.

After all, it was a labor economist who said “why shouldn’t we in fact accept job loss? What’s so bad about getting rid of crappy jobs?”

The union bosses are tired of being number three in statewide minimum wage, hence this initiative. However, as the Business Journal pointed out, in addition to the huge pay increase, the initiative would also add a new leave benefit:

“The initiative, I-1433, asks voters to raise the state minimum wage from $9.47 an hour to $13.50 by 2020 and give all Washington workers the opportunity to earn paid sick leave. Supporters have argued that by putting money back into the pockets of minimum wage workers, business will thrive and the state’s economy will increase. But some opponents have said the minimum wage issue should be handled by the Legislature and that businesses in rural communities may be forced to lay off employees, or worse, shut down, as a result of the increased wages.”

These economic arguments, however, are sometimes hard to get across to voters in an age of soundbites – hence, we have the ice cream wars instead.