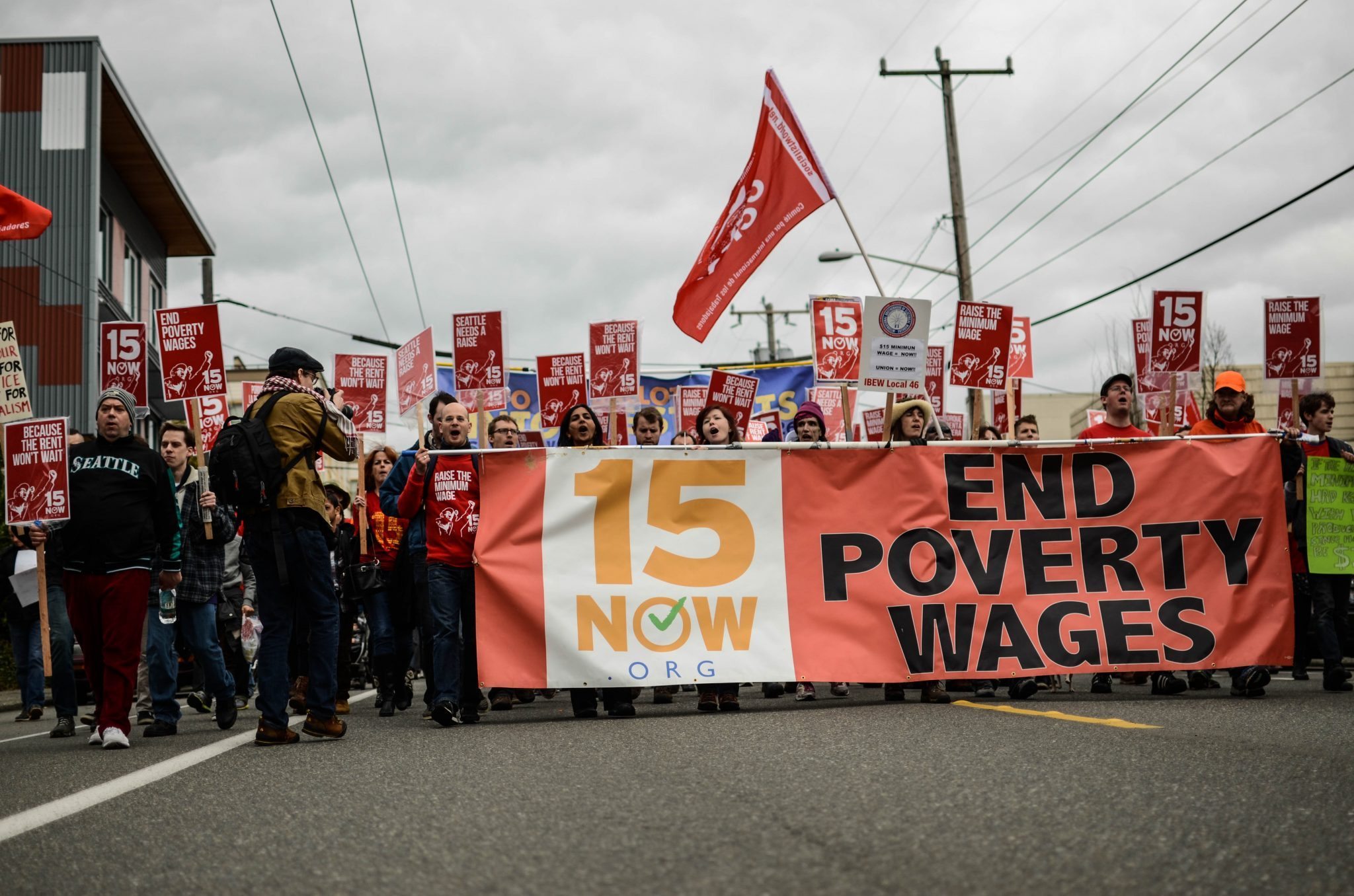 Seattle’s $15 minimum wage law hit a new but expected obstacle this week — the International Franchise Association (IFA) filed a lawsuit against the city which claims the new law discriminates against the franchise business model. As SHIFT previously reported, the law defines franchises as large businesses—even if a particular franchise is owned and operated by a small business person.

The flawed definition is pushed by the unions like SEIU which fund the $15 movement across the country — and supported by brilliant community college economists like Seattle City Councilmember Kshama Sawant — is troublesome due to the competitive disadvantage it places small business franchise owners in.

Non-franchise small businesses have seven years to “transition” into anti-competitive $15/hour minimum wage demanded by SEIU under Seattle’s new minimum wage law. By contrast, large businesses — defined by businesses with more than 500 employees — have three years to jack up their employees costs to $15 an hour.  In other words, due to the discriminatory nature of the law, a local franchise owner with 15 employees is classified as a large business and forced to increase personnel costs by as much as 60% in three years’ time. Meanwhile, the non-franchise small business competitor down the street— even with the same 15 employees — has seven years.

“During the IIAC process, there were discussion about whether the Mayor’s minimum wage bill should treat small franchise businesses as large employers. I had several meetings with David Rolf [President of SEIU Healthcare 775NW and co-chair of IIAC] in which he told me that the purpose behind treating small franchise businesses as large employers under the minimum wage law was “to break the franchise model” and “enable labor unions to organize employees of such businesses.’”

“The Mayor stated that the provisions of the bill treating small franchise business as if they were large businesses were included because they were required to secure the approval of the Service Employees International Union (“SEIU”).

“Near the end of the meeting, the Mayor said words to the effect that ‘you won’t hear me slam quick service restaurants or the franchise model.’

“Less than two weeks later, on June 11, 2014, the Mayor issued a public statement regarding IFA’s legal challenge to the minimum wage ordinance. The Mayor’s statement said in part that “[t]here is a problem in the franchise business model…”

“Ironically, Sawant is also pissed at Rolf and Labor for manipulating the process and using this issue for goals outside of raising all workers wages. I hope you realize how much Rolf has played all of us, including you guys.”

The big take-away from the yet unfolding debacle that is Seattle’s $15 minimum wage law? As with all “I’m looking out for the little guy” policies liberal Democrats love to endorse, it’s never really about the little guy. Rather, it’s about a very specific special interest agenda that works to give an inordinate amount of power to labor unions which, in turn, give lots of money to ensure Democrats keep getting elected. Of course, all at the expense of the little guy.

According to the Seattle Times, a spokesman for the IFA asked, “Who in their right mind wants to become a franchisee in Seattle now? They are immediately placed at a competitive disadvantage to local small businesses.”

While we agree with the spokesman’s sentiment, it’s probably safe to take that question one step forward and ask, “Who in their right mind would want to start ANY business when special interests have such control over corrupt Seattle politicians?”