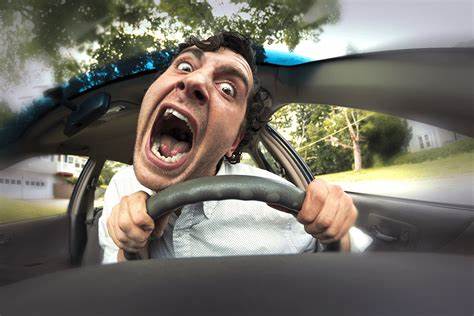 You might think that after proposing nine state budgets, and workings with nine different state legislatures, that Governor Jay Inslee might have acquired some skill at dealing with his fellow elected officials.

If so, you thought wrong.

Instead, using budget sleight of hand typical of bullies, Inslee’s latest transportation proposal called for the cancelling road projects already passed by the legislature, so that he could use the money to help build new culverts for fish to swim through. The road projects he picked were selected to exert maximum pressure on the drivers of Washington, so that they would call their legislators to ask them to give into Inslee’s demands. Conspicuously, no transit cuts were made.

Putting Jay’s budget priorities in perspective, his budget calls for a hundred times more spending to help salmon swim upstream (through the fish culverts) than on helping Washington residents get back to work (after his latest random business shutdowns threw them out of their jobs).

Both Republicans and Democrats have since been doing their best Queen Victoria impressions, not at all amused, and accused Inslee of breaking his promises. Democrat Senator Steve Hobbs was quoted in the Everett Herald describing his dismay at Inslee’s change of mind: “Halting projects breaks the promises we all made six years ago.”

The only reason Inslee is pulling money out of the road projects is that he can then claim more money from the federal transportation budget for the same – and now underfunded – road projects. The feds will pay for roads, but not Inslee’s pet projects.

It’s not the first time our inept governor, who is an expert at turning flip-flopping into a profession, has left his friends at the dance with no date.

Remember that back in 2016, Jay threw a tantrum at not getting his way on the state budget and vetoed 27 bills that had been previously passed by the legislature (many of them via bipartisan votes) and called for a special session to force the legislature to accept his demands. It didn’t go quite according to his plan, as legislative leaders flipped Inslee the legislative bird and overrode every one of his vetoes in a refreshing display of bipartisanship.

Or the time the governor made a deal with the Democrat and Republican leaders of both House and Senate to cover up legislative records, only to renege on the deal at the last minute. Inslee didn’t reverse his position because it was the right thing to do, but because the pressure from the public and media to open the legislature to public scrutiny was too much. He folded like a cheap suit. Democrat Senate Leader Sharon Nelson, who was a lead negotiator on the bill, resigned shortly afterwards.

Let us not forget Inslee was also booted from bipartisan budget negotiations because both sides of the aisle were able to work faster, and reach an agreement more efficiently, with him not in the room. Of course, after he was ejected, he ran straight to the press and claimed he had a budget agreement, which turned out to be another Inslee budget wishful dream.

And, in what seems like a re-occurring nightmare, Inslee is back with his favorite failing issue, the annual demand for a carbon fuel tax that not even his Democrats can stomach. Back in 2015, Democrats and Republicans came to agreement on a transportation budget that included a provision to remove $11 billion in funding for Sound Transits $54 billion train to nowhere if Jay tried to institute a such a carbon fuel tax. Inslee, while crying in his carbon-free beer, finally agreed not to do anything through executive action on carbon, and promptly turned around and proposed another carbon tax within a year. The budget this year is no different – Jay wants another carbon tax.

Inslee is the best example of an old school corrupt politician. Say one thing, get elected, do something else, and stab your friends in the back in the process.