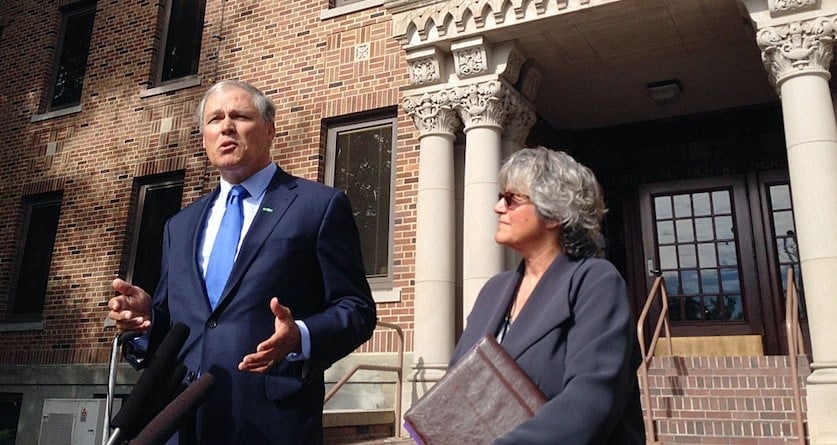 The failure of the Inslee Administration to comply with court orders over providing treatment for mentally ill criminal suspects could cost state taxpayers $300 million in fines.

Reports reveal that often the state does not accept patients at Western State Hospital, thus criminal suspects must spend long periods of time sitting in local jails not receiving treatment required for them to be competent to stand trial. These delays go against a seven-year-old court order made in the Trueblood court case.  In that case the federal court ruled that the Inslee Administration was “violating the constitutional rights of some of its most vulnerable citizens” by not providing them with treatment.

So while Governor Inslee has more than doubled the cost of state government during his time as governor, his focus has been on hiring more state workers (who pay dues to state employee unions who in turn financially support Democrat campaigns) and not on improving the mandatory services the state is supposed to provide.  Thus we can expect to see the governor soon call for the state to raise taxes to fix this problem which the governor could have solved years ago if his administration had properly administered state resources

This is the latest of several serious mismanagement problems which the Washington State Department of Social and Human Services has had with providing treatment to those suffering from mental illness during Governor Inslee’s decade in office.

The current problem centers around Western State Hospital as it has with many of the state’s previous problems. During the Inslee Administration Western hospital has been the scene of many management failures by the governor and his appointees.  These have included: State Hospital. Earlier this year, federal inspectors conducted a surprise investigation of Eastern State Hospital in Medical Lake (just outside Spokane) where they found the facility understaffed and that administration was not following guidelines to protect staff from physical abuse from patients.

Clearly, while many of those with untreated mental illness are living in the cruel environment of homeless encampments and causing repeated public safety problems for local authorities, Governor Inslee and the Democrats who control the legislature have not done enough to help these individuals.