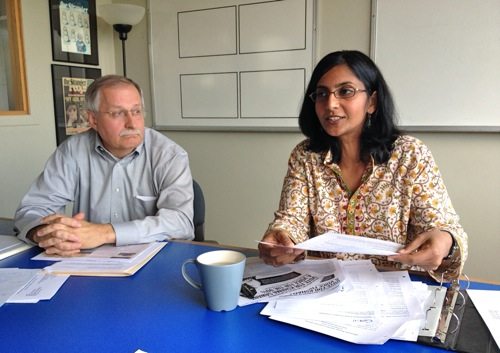 State House Speaker Frank Chopp has a unique perspective on Seattle City Councilwoman Kshama Sawant, since he soundly defeated her at the polls in 2012, before she became a socialist celebrity by winning a Council seat in 2013. He then defeated one of her Socialist Alternative Party allies – Jessica Spear – in 2014.

So, one would think there would not exactly be any love lost between the powerful Speaker and his own representative on the city council. Yet, according to a Twitter post, Chopp is now copying Sawant by advocating “repealing the state’s rental control ban.”

Rent control is one of Sawant’s favorite songs, one that she sings repeatedly during her campaigns, even though passing rent control is outside the control of the city council. Yet, at a forum hosted by the Capitol Hill EcoDistrict last week, Chopp sounded like he wanted the state to let Sawant and her council colleagues have that option.

Further, Chopp also suggested that “there is a lot of state-owned land in city that could be housing” – presumably besides The Jungle, the notorious homeless camp ground which is on state-owned land below I-5. Seemingly this could help Seattle come up with some different options for dealing with its homelessness crisis.

Perhaps most interesting is that Chopp would be publicly going so far Left with political pronouncements with the general election just seven weeks away. He must be very confident that he has raised all the money he needs from the business community to hold on to his 50-48 majority.