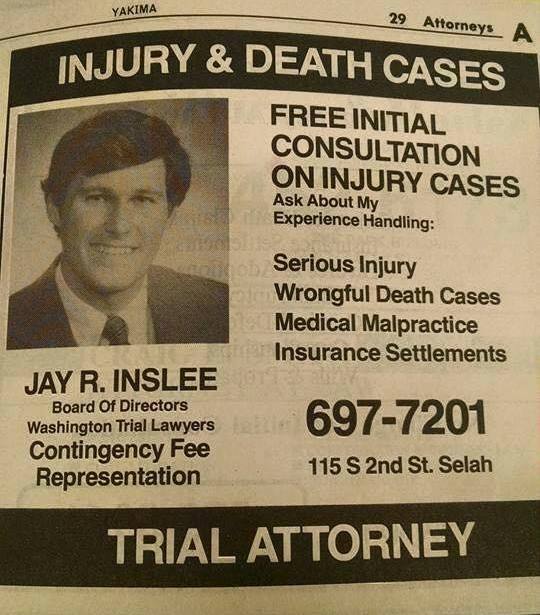 Gov. Jay Inslee called a surprise press conference Tuesday to admit that the state has been incorrectly releasing prison inmates early – and his Department of Corrections repeatedly refused to correct the problem. Inslee said he learned of the problem on Dec. 16, and his Corrections chief was clued in the day before.

Incredibly, according to the Seattle Times, it took family members of a crime victim to discover the state’s error:

“The problem stemmed from “good time” credits applied to certain prison sentences, and was discovered, according to the Corrections Department, only after a victim’s family alerted officials in 2012 that they might be planning to release an offender too early. Once the broader problem was discovered, a scheduled software fix got caught up in repeated IT delays, yet to be explained.”

While the problem is being corrected, it’s unlikely to be the end of the state’s headaches. Former state Attorney General Rob McKenna, appearing on Todd Herman’s show on 770 KTTH, said taxpayers are likely to foot the bill for some lawsuits over the matter:

“The state probably is going to be on the hook for some damages if someone can prove they were hurt by someone who was released early and committed that bad act when they should have been in jail.”

Thanks to decades-long complicity between Democrat politicians and trial lawyers, the State of Washington is especially vulnerable to big payouts. McKenna tried to tackle the problem as attorney general, but with Democrats controlling the Legislature at the time, the ideas were Dead On Arrival. McKenna explained:

“The state of Washington is in a unique position. We are more liable to damages lawsuits for alleged errors and mistakes government has made than any state in the country. I did a study in my first term as A.G. that pointed out that we routinely pay out three times more per year than states that are of a comparable size, like Massachusetts and Arizona.

“We pay out six times more a year in tort judgments and settlements than Oregon, ten times more than Idaho, and it’s because we have what amounts to a strict liability system. If something bad happens that involves the state in some way, we end up paying, even if we’re only 1% at fault, because of this concept called joint and several liability.”

Taxpayers foot the bill for those big payouts. What are the odds that Gov. Jay Inslee will do anything to address the problem? Take a guess. 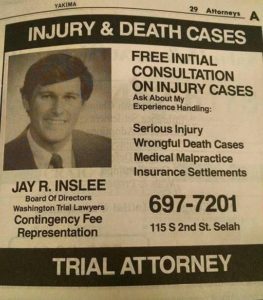