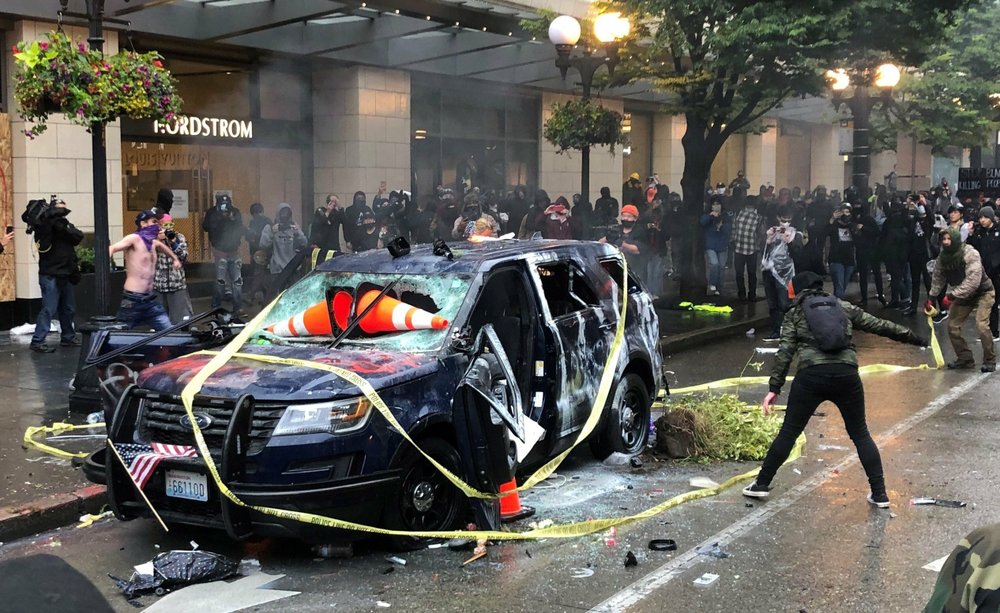 Alert Shift readers saw three stories out of Olympia last week which clearly define the Democrat Party’s stance on public safety. Democrats have normally been seen as softer on criminals than voters would like, but last week’s actions are especially revealing in that they have occurred while violent crimes have been dramatically increasing.  While most Washington State residents are asking our state’s leaders to make our communities safer, the out-of-touch liberals in Olympia seek to make life safer for criminals.

Take a look at the Democrats’ latest soft-on-crime legislation:

What the court requires, Governor Inslee and legislative Democrats just sweep away if it gets in the way of lining up future voters for themselves. The Democrats are counting on their radical soft-on-crime and anti-police policies to attract convicted felons to vote for their party’s candidates, so making it easier for criminals to vote has long been a goal of many Democrat politicians.

Senator Patty Kuderer (D – Bellevue) pushed a similar bad idea during the 2020 legislative session, before her bill (SB 5076) was pulled from the state senate floor during debate, because Democrat senators grew nervous about giving rapists and murderers who had not completed their sentences the right to vote just before the 2020 elections. It didn’t help Kuderer that the two suspects in the then-headline-grabbing shootings in downtown Seattle would have been eligible to vote under her legislation.

The Democrats are taking advantage of much less attention being paid to them during the 2021 legislative session (and with many other radical ideas being proposed), and quietly passed HB 1078, to give the right to vote to convicted felons who have been released from prison, but who have yet completed the community service portion of their sentence or who have not paid court-ordered financial restitution to their victims.

This politically selfish bill will give roughly 20,000 convicted felons the right to vote before their victims see them  complete their sentence. Jay Inslee basically ignored a significant portion of the sentence the courts ordered them to serve by signing the bill. While many victims sustained financial losses due to the action of criminals, the Democrats have told the victims that their pain pales in comparison to the number of votes they could be adding to their party’s column.

Governor Inslee also ignored the concerns of victims-rights organizations who opposed the bill, gushing at the signing ceremony that “I’m glad that in Washington here, we’re expanding our access to democracy.” Yes, expanding access to the ballot box for those who have been found guilty of a crime and have not repaid their debt to society for that crime – that’s Jay Inslee’s bizarre idea of democracy.

Legislative Democrats passed  HB 1054, which is based on the “defund the police” measures which Seattle City Councilmembers passed last year, even as demonstrators were violently taking over portions of the city and attempting mass murder of police personnel.

The bill now awaits Governor Inslee’s signature, who will undoubtedly sign it. We wonder if any of the media present will ask the governor if he is now aware of the violent protests that prompted this legislation (remember the governor claimed he was clueless of these events when they were topping the national news) or if he is now aware of the violent group (remember that Inslee thought Antifa was a person during his failed presidential campaign) behind much of the violence at area protests.

It is interesting to note that while nearly all Republican officials condemned the political violence committed by some of former President Trump’s supporters in January, the Democrats in Olympia reward the political violence that took place in Seattle, by handing them the legislation the liberal rioters said they were demanding.

On a nearly straight party line vote (with a few vulnerable Democrats siding with Republicans over this unpopular legislation), legislative Democrats passed SB 5164, to potentially reduce the sentences of 114 of the state’s 277 convicted felons currently serving life sentences for three felony convictions.

This has been a years-long effort for Democrats, who fought against the Three Strikes initiative which voters overwhelmingly approved (76% yes) in 1993. Finally, their pro-felon efforts paid off in in 2019, when the Democrats were successful in dropping second-degree robbery from offenses included in the three-strikes category.

That was step one. This latest bill is step two, as it allows judges to retroactively re-sentence those serving life sentences if one of their convictions, or “strikes”, included second-degree robbery.

When the “Three Strikes” law was originally approved by Washington State voters., it was the first of its kind in the nation. Thus, it has been a repeal target for Democrats ever since then, as it has been effective in removing criminals from the streets.

With these three actions, the Democrats have staked out their public safety priorities for 2021. Release felons early from prison, restore felons’ voting rights before they complete their sentence, and made it more difficult for law enforcement to catch them if they commit another offense.  Democrat lawmakers did this as violent crime is on the rise and residents are concerned about public safety. Last week truly showed that the Democrats have sacrificed our public safety in order to increase the number of voters who support their soft on crime policies.

What is even more discouraging is that the Democrats are not done in Olympia. Responding to the recent reckless Washington State Supreme Court ruling in the Blake case, which threw out the state’s drug possession laws, The Democrats are now pushing legislation to make it legal to possess meth, heroin, and other addictive and life destroying substances.  We will leave it to you to determine if this will make our parks, schoolyards, and communities safer.