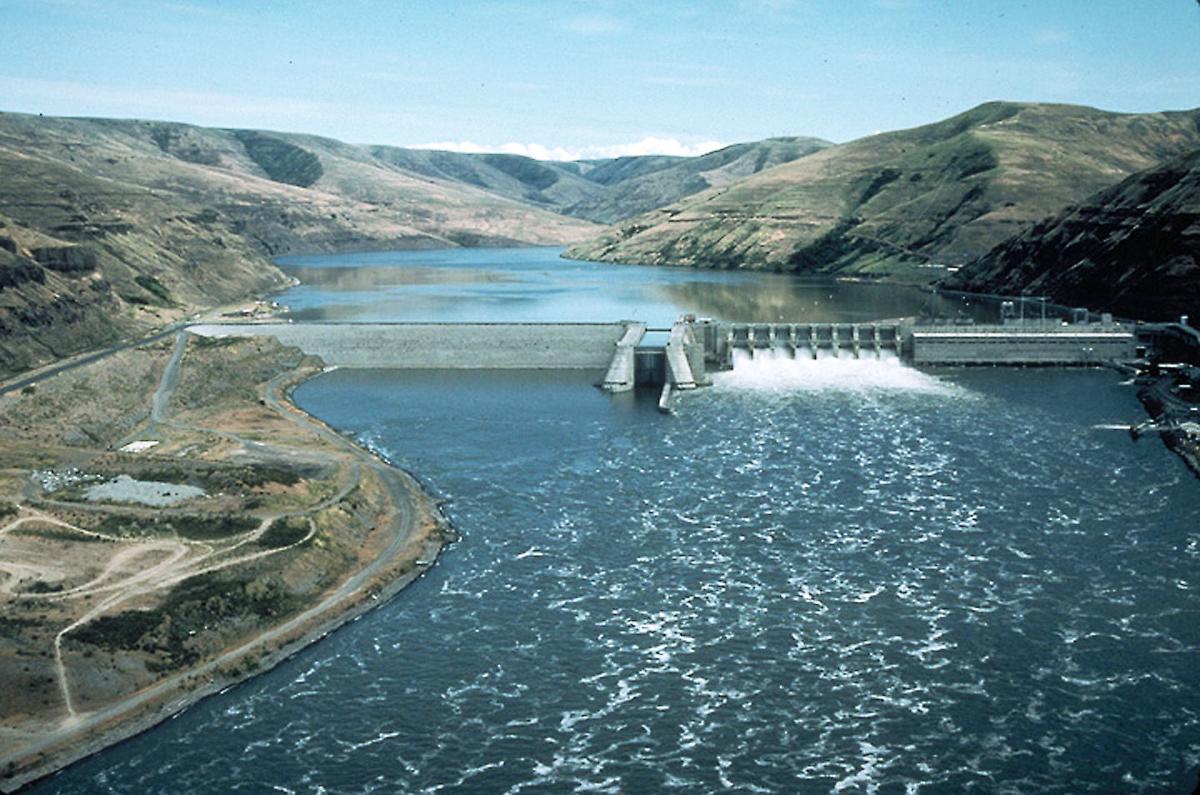 Clean and cheap electricity isn’t stopping Democrat Governor Jay Inslee and his extremist environmental friends from pushing for the removal of the lower four Snake River dams, supposedly to help with the salmon recovery efforts. As is typical for Inslee, his decisions are not based on science, but seemingly on who donates the most to his campaign. As Shift has previously reported, salmon recovery is trending up on the Snake River, while Puget Sound salmon (and orcas) are struggling.

Washington State enjoys some of the world’s cheapest, cleanest, and most renewable energy because of the abundant water and extensive hydroelectric power in the Pacific Northwest. In fact, about 90% of Washington’s electrical energy is from renewable energy sources, made up of hydroelectric, nuclear, wind, and solar. Coal and natural gas comprise the remaining 10%.

This isn’t good enough for Inslee and his extreme green buddies, who even wrote an initiative over a decade ago that intentionally didn’t define our dams as a renewable source of power. Inslee is so convinced that the dams are bad for Washington, that he demanded $750,000 of taxpayer dollars to spend on yet another study to tell him what every rational person already knows: our dams produce cheap and clean electricity, and salmon runs on the river have been improving.

Oregon Democrat Governor Kate Brown piled on earlier in the year, advocating for the removal of the dams and a large percentage of Washington’s clean energy. Washington’s Congressional delegation was outraged at Brown’s attempted interference with the federally owned dams. Of course, Inslee played along as if it was a good idea to tear down clean, renewable energy producing hydroelectric dams.

The federal government, in an effort to educate governors Inslee and Brown, commissioned a report to study the four dams and the impacts if they were removed. The study concluded that removing the four dams would destabilize the power grid, increase overall greenhouse emissions, and more than double the risk of regional power outages.

For Inslee, the failed presidential candidate that campaigned on climate change and a green economy (yet, because it was unable to garner support from even the most liberal activists, Inslee was forced to drop out five months before the first primary), the negative environmental impact from removing the dams must have been especially difficult to understand.

After the federal government made it official that the dams would stay on October 5, environmental extremists stomped their feet and vowed to keep fighting. This time, however, in order to “win”, they plan on using political “influence” from folks like Inslee and a whole bunch of lawyers to work the legal system in their favor.

Missing from this entire conversation is the fact that if Inslee and his friends are successful in removing the dams, the reduction in clean hydroelectric power capacity would have to be replaced by a different power-generating source. And given the current state of availability and need, that most likely means using a fossil fuel source.

That’s because wind and solar do not have the stability and availability of hydroelectric power. When the wind is not blowing or the sun not shining, there is no electricity generation. Since greens also hate renewable nuclear energy (and thus it takes a long time to build plants), that source is not an option, leaving coal and natural gas as the likely source replacement power for the dams. The Democrats in Olympia don’t like coal, as they just shut down four power stations in Montana that were supplying power to Washington. Which leaves natural gas, for most people a reasonable option, but for the extremist environmentalists like Inslee, a no go.

So, without the hydroelectric power capacity we have now, and no alternatives suitable to our green governor, Washington would go the way of California, with regular brown outs and power cuts.

Do you think it can’t happen here – just ask the Dodgers fans who sat in the dark in the 12th inning.

Inslee is showing his complete lack of understanding on how the economy works in Washington. By choosing shaky, feel-good symbolic steps like tearing out dams over the working people of the state, he is jeopardizing our energy future. Thankfully, this time he failed – but Inslee and his environmental extremist friends won’t give up that easily.

There is one power source that might help, however. All that hot air coming out of the governor’s mansion – it must be good for a few watts of power, right?