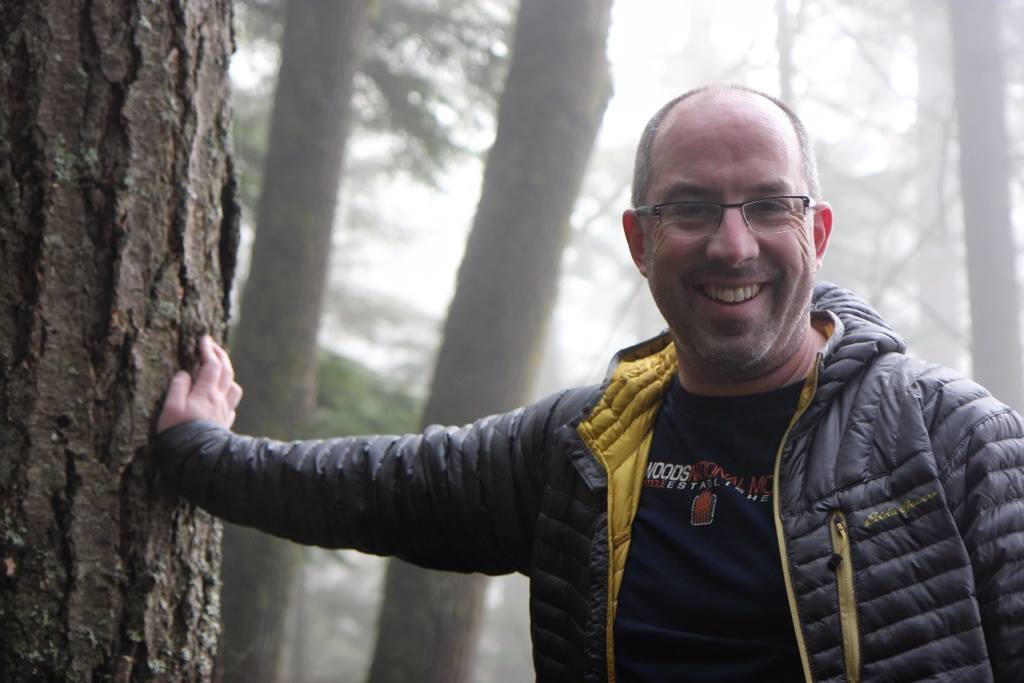 Todd Myers is the Director of the Center for the Environment at the Washington Policy Center.  He is the author of the nationally acclaimed book “Eco-Fads: How the rise in trendy environmentalism is hurting the environment” and has been published in the Wall Street Journal, National Review, USA Today, and many other publications. Todd is also the Vice President of the upcoming 2020 Roanoke Conference.

1) Governor Inslee released a “draft” of his $750,000 study on the Snake River dams and it did not include any policy recommendations.  There will be public hearings in Vancouver, Tri-Cities, and Clarkston in the next few weeks.  How do you see the issue playing out as a result of the Governor’s actions?

This was a foolish waste of time and money. The study revealed nothing new and was simply a regurgitation of the arguments that everyone is already making.

Additionally, the state really has no role in the fate of the dams. The state does, however, have an important role in salmon recovery. While populations have trended higher on the Snake River during the past two decades, we are not having success in Puget Sound. The recent status report from the Puget Sound Partnership shows that Chinook are not recovering and are not on track to meet the 2020 targets. Spending resources to distract from the main problem is not just wasteful, it is irresponsible.

2) What do you propose as a solution to the Puget Sound Orca depletion?

There is no silver bullet to helping the Southern Resident killer whales and we need to do several things. First, help salmon recover in the Puget Sound which is the top source of food for the Southern Resident killer whales. Second, increase hatchery production. There is a debate about the impact of hatcheries, but the orca are starving now and the arguments against hatcheries are largely theoretical about what might happen in the future. Third, reduce competition from seals and sea lions. The Southern Resident orca are being outcompeted by seals, sea lions, and transient orca. There was a good, bipartisan agreement to reduce the population of sea lions at the mouth of the Columbia. That will help. We need the same thing for Puget Sound. Finally, we need to reduce the amount of sound near killer whales. The sound from boats interferes with their ability to hunt.

3) There are many myths related to the environment.  Which one do you believe is the most dangerous?

“The science says” is a phrase that misleads so many people. Science is important to help us to understand the environmental risks. But policy tradeoffs are, ultimately, not guided entirely by science. If someone in Africa cuts down a tree to cook food for their baby and keep themselves warm, “science” doesn’t say that is bad. It only says there may be a risk of deforestation and loss of habitat. But, given the choice, cutting down a tree may be the best decision. It doesn’t mean there aren’t impacts, but the alternative would be even worse.

Currently, in the climate debate, people claim the “science says” we should keep temperature increase to below 2 degrees C by the year 2100. This is complete nonsense. What if doing so costs us 90% of our economy and requires billions of people to starve? Would “science” say that is a moral decision? Clearly not. The winner of the Nobel Prize in Economics in 2018, William Nordhaus, says that the cost to keep temperatures only a 2 degree increase by 2100 would harm more than they hurt. Killing 3 people to save 1 only make sense if you aren’t one of the 3.

I also see too many of my fellow conservatives falling into a similar trap. The “science” says the sun causes climate change, because, after all, temperatures increased and decreased before there was human influence. That’s true, but it doesn’t mean that humans don’t also play a role.

The environment is complex, and humans don’t play the only role (as the left likes to claim) but we can do harm (contrary to what some conservatives portray). Conservatives shouldn’t be afraid to acknowledge that we impact the planet. We do! Honeybees wouldn’t be in North America if it weren’t for humans and they play a wonderful role in our environment and society. The question is not of what the “science” says but how we react and the tradeoffs we make.

Conservatives should be confident that the best solutions to environmental problems come from the genius of innovation and entrepreneurs in the free market, not the stifling regulation of politicians and bureaucrats.

4) You often state that innovation and technology are being underutilized in preserving our environment.  What is an example of a technology that could address climate change?  Is there some upcoming technology which you believe will be useful in helping us on this issue?

The beauty of technology is that it is so adaptable. There is no one-size-fits-all solution to any environmental problem. Unlike regulation, technology is adaptable to meet the needs of many people, and many problems. Best of all, it gives people the personal freedom they deserve.

When it comes to energy and climate, I would name three technologies.

First, smart thermostats help save energy using artificial intelligence. They can learn how you use energy, helping reduce consumption. Additionally, smart thermostats help shift energy demand outside the peak demand hours of 5 to 7 pm, saving money. By heating or cooling your home at 4 pm and letting your home hold that temperature rather than heating during peak hours, it reduces electricity demand when it is most expensive. Google Nest has a program with some utilities where they offer rebates if you let the thermostat adjust the temperature during peak demand.

Second, one of the big challenges with electric vehicles is creating the infrastructure to recharge them efficiently. Some cars stay on a charger even after it is fully charged. In other cases, several cars arrive at the same time and they all start charging immediately, which causes a big jump in electricity demand. Smartphone apps solved these problems.

Chargepoint, which sells EV charging stations, allows an EV owner to be notified when the car at a station is done charging and sends a message to the car being charged to move. This reduces the number of charging stations that are needed by using existing stations more efficiently.

The National Renewable Energy Laboratory created an app that asks when someone will need their car charged and how far they have to go. This simple question allows charging stations to manage electricity demand. These seem like simple problems and solutions, but they weren’t available just a decade ago. The ability of smartphones to connect people and use information has dramatically changed how we manage energy.

Finally, we have more options to travel. People can use their car, or they can use Uber or Lyft. They can find a carpool with Waze or Uberpool. Carsharing has taken a step back recently with the removal of Car2Go from some cities like Seattle, but there are still other options. There is also an app called Cowlines which gives you the best options to get where you are going, telling you what is the fastest, cheapest, and most environmentally friendly way to get there. Each of these options adjusts to the needs of the individual. Rather than trying to force everyone onto a bus or light rail, these options reduce gasoline expenses and the environmental impacts from oil and gasoline.

None of these require you to believe climate change is going to kill us all in 10 years (or 8, or whatever the claim is today). Anyone can benefit from these technologies and reducing the amount of gasoline or electricity we use – and the amount we pay for them – is a great incentive. The side benefit can be that we have a smaller impact on the environment.

5)  What is the best environmental law you have seen passed in the last decade – and the worst?

The best policies are small and targeted. It is when politicians have delusions of grandeur that they screw things up.

A good policy (maybe not the best, but the one that comes to mind), is the ban on copper brake pads. Scientists at Washington State University found that copper dust blocked the alert pheromone among salmon, so they couldn’t smell danger. There were good alternatives for brakes, so it was banned. This is the kind of area where government regulation can work – when there is clear science that says something is harmful and a good alternative exists. The same was true with banning microbeads in body wash soaps. The microbeads went through the sewer system and ended up in the environment.

There are many bad and wasteful polices. I think two tie for the top spot – subsidies for electric vehicles and solar panels. Both are subsidies for the rich, since they can afford them. For example, when the state reduced solar subsidies, the loudest to complain was former Mayor Greg Nickels who had solar panels and now would be receiving a smaller subsidy. Even though he has enough money and claims to buy solar to help the planet, when his handouts were reduced, he made a big stink. Western Washington is the worst place in the lower 48 states for solar, and rooftop solar is the most expensive form of electricity generation. Despite that, the state and federal government offer huge subsidies which pays those who can afford the high, up-front cost of buying and installing the panels.

Our research also found that nearly three-quarters of electric vehicles are purchased by people in the wealthiest quarter of zip codes, but we give government handouts to EV buyers because politicians want to show they care about the planet. This isn’t just about inequity – taxing working families to subsidize the rich (although that is galling) – it is also about results. Giving a subsidy to rich people for something they were going to buy anyway is simply wasteful. Politicians, however, get to claim they care about the planet by wasting this money and environmental groups praise them, so they keep doing it.

We would like to thank Todd for taking time away from his holidays to talk with Shift.  You can reach Todd at [email protected]