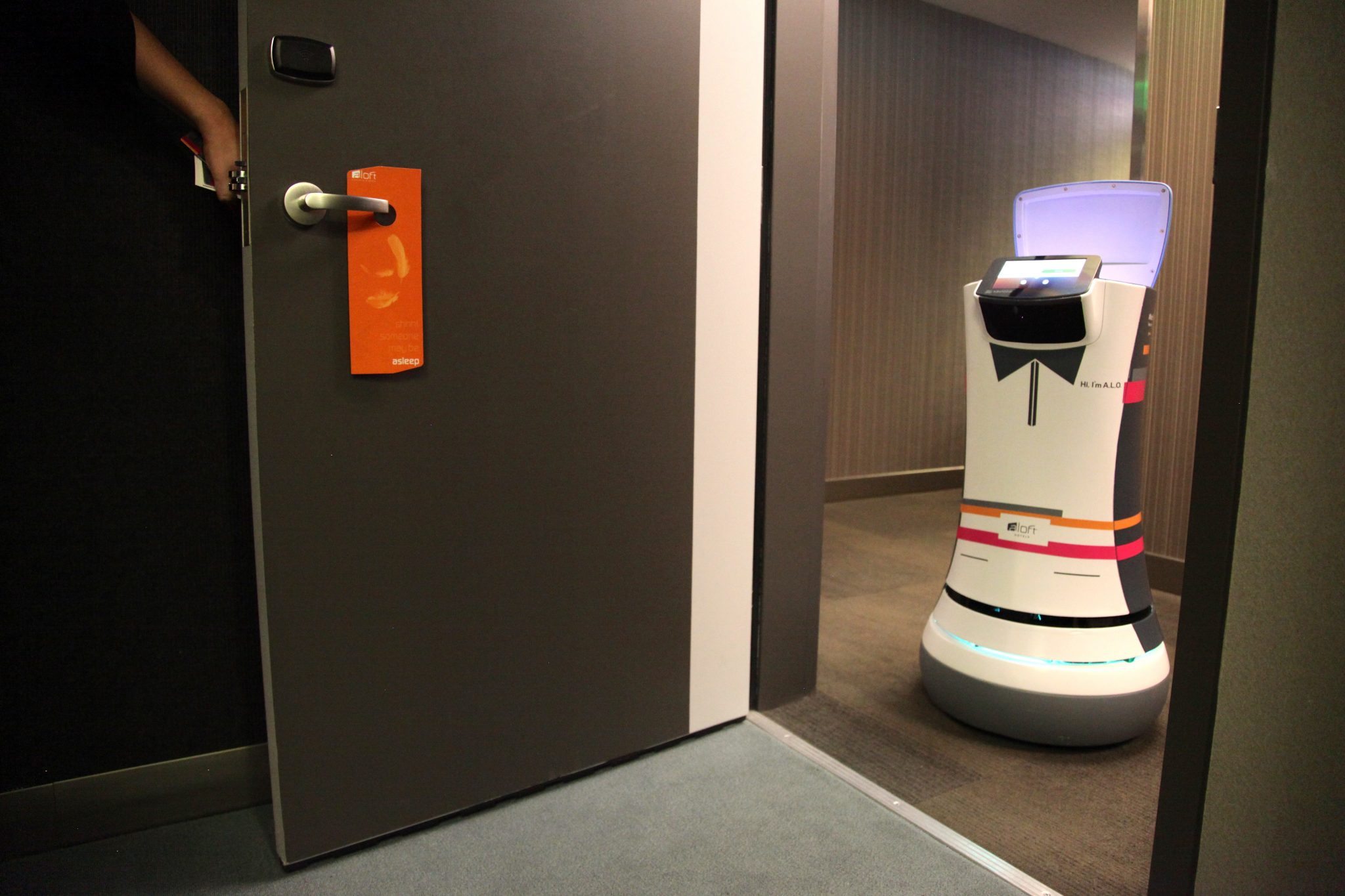 Bill Gates once told a MSNBC host, “If you raise the minimum wage, you’re encouraging labor substitution, and you’re going to go buy machines and automate things — or cause jobs to appear outside of that jurisdiction. And so within certain limits, you know, it does cause job destruction.”

A company called Savioke is making waves in its contribution to the growing trend toward keeping costs down via automated alternatives. The company developed a Jetson-esque robot capable of robotic room service. The robot’s name is “Botlr” and it has already landed a lucrative deal with one major hotel chain, Starwood Hotels.

Botlr isn’t alone. Researchers at Carnegie-Mellon are developing a robot named “HERB” (Home-Exploring Robot Butler). HERB is learning to do menial labor chores including to “retrieve and deliver objects, prepare simple meals and empty a grocery bag.” Xenex, a virus-killing robot, is already being used in hospitals to disinfect rooms through the use of “sensors to determine room size, a factor in how long to deliver the lethal ultraviolet rays needed to disinfect the room.” And, at a North Carolina State University library, a “Bookbot” is retrieving books.

A recent study conducted at Oxford University reached a rather disturbing conclusion for the future of jobs in the United States. Researchers found that about “47% of total U.S. employment is in the “high risk” category of being automated–meaning these gigs are likely to be automated in the next decade or two.” Jobs most likely to be impacted are those in “transportation and logistics, office and administrative support or a production-related area” and in the service industry, minimum wage service gigs are at high risk of being automated.

As Gates points out, higher minimum wage laws only promise to exaggerate the loss of minimum wage jobs to automated alternatives. Darren Tristano, a restaurant industry consultant for Technomic, told USA today, that the “the fear of a $15 minimum wage and increased customer expectations are pushing food service companies to adopt tablets for ordering and computerized systems for kitchens and inventory.” For these businesses, it is “not just to save money today, but to maintain savings over time.”

So, what does it all mean for SeaTac and Seattle’s low-skilled job market given $15 minimum wage laws? The future, of course, is unclear. However, given expert opinion and the steps companies have already taken to minimize long-term cost through new technology, a $15 minimum wage certainly will not help the chances of low-skilled jobs sticking around.

You can check out Botlr hard at work in a video posted on YouTube below.