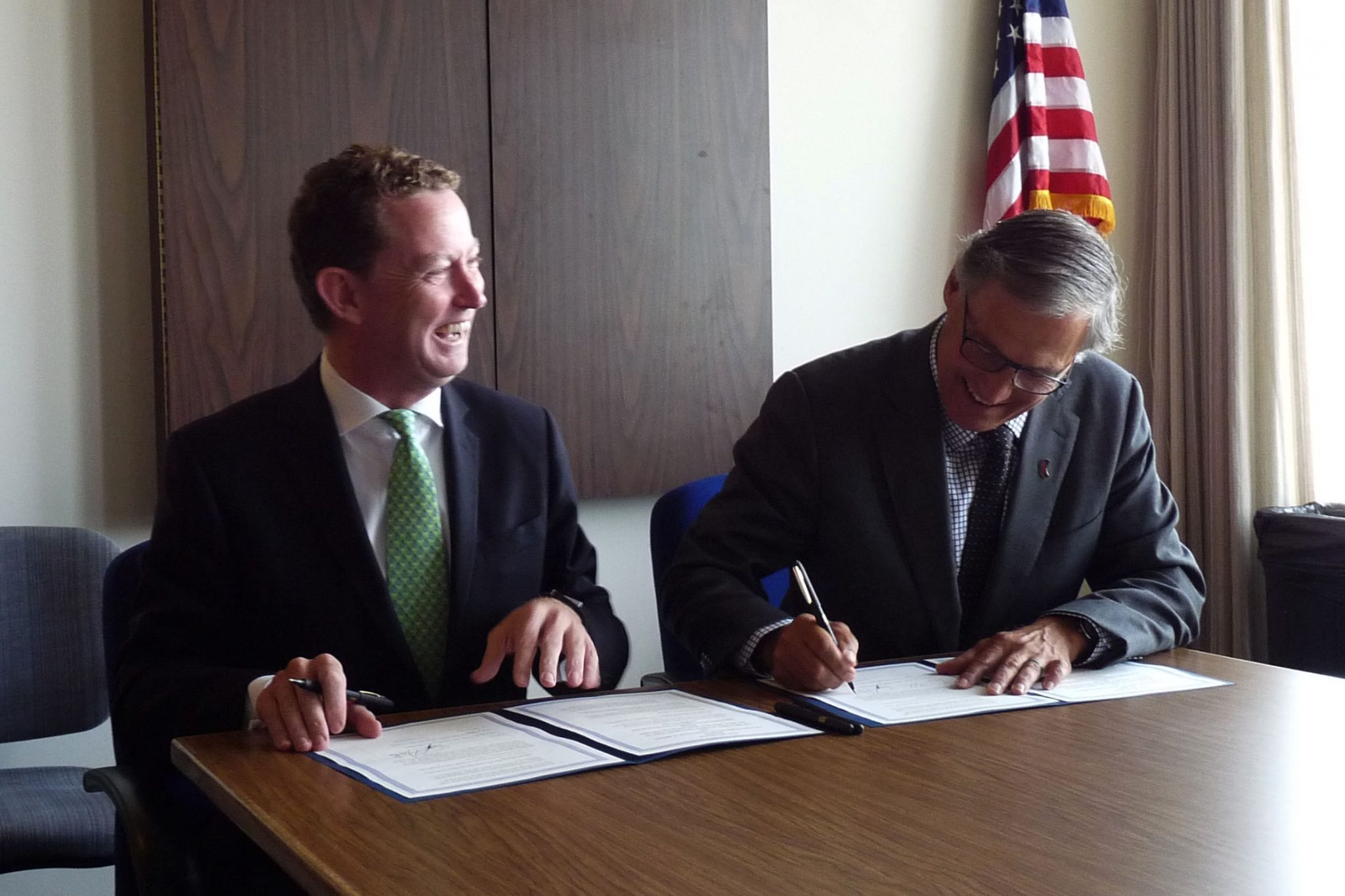 The Governor’s Communications Office has reported that Governor Inslee has met UK Minister Gregory Barker of the Department of Energy and Climate Change in London today to discuss the collaborative climate change efforts made between the two thus far. Inslee and Barker also have decided to sign a “phase two” agreement ensuring that the climate change discussion between the UK and Washington State will continue. The collaborative measures to research low-carbon policies began in September of 2013 and called for both offices to establish “joint discussions on tackling climate change and encouraging low carbon development” as well as “to report back with recommendations.” Barker stated that “more cooperation of this kind can only be a good thing for the UK and the rest of the world in our concerted fight to contain climate change.” While Inslee’s sage environmental advice may be well-received by the Barker administration’s goals of “ambitious emissions reduction targets,” these talks could translate to just more tax hikes with little results for Washington residents.

One of the three main goals of the “phase two” agreement is the collaboration between Washington and the UK to develop clean transportation fuels and policy. This second wave of discussions promises to focus on “knowledge sharing on biofuels, clean jet fuels and clean fuel standards, and congestion reduction in cities.” The plan to collaborate on these specific issues could have costly effects for Washingtonians given the Inslee administration’s record on the proposed $1.17 gas tax and inaccurate research into alternative fuels, especially considering that fuel tax in the UK is the highest in Europe. In March of this year, The Telegraph reported that “for every litre of unleaded petrol bought in the UK, 61 per cent of the pump price goes to the government as fuel duty.” The Huffington Post published that in 2011 gas in the UK would set drivers back $8.84/gallon compared to the then-national average of $4.92.

While engaging in international dialogue is an important factor in implementing meaningful and well-rounded policies and can be mutually beneficial to both nations, perhaps Washingtonians could do without this particular union.