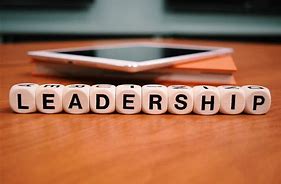 During the good times, it’s easy to be a politician. There’s plenty of money to fund the latest pet project or spend other people’s money on your favorite interest groups, and there is always someone else to blame when things go wrong. It’s when things get tough that true leaders shine through. Real leaders make the tough decisions and are willing to take a bold step into uncharted territory when others are afraid of the political fallout.

Unfortunately, for too many Democrats in Olympia, the coronavirus crisis has exposed the lack of leadership ability they actually have and, up to this point, been able to cover up.

It starts at the top. Democrat Governor Jay Inslee is clearly suffering from a bout of decision paralysis and inability to recognize the dire situation he has led the state into.

Inslee spent most of March and April telling Washingtonians that the decision to close the state’s economy down was based on science. He told our citizens that we needed to sacrifice in order to prevent medical facilities across the state from being overwhelmed with coronavirus patients.

Next, he told us that we needed to stay home because if we didn’t, thousands would die.

Now Inslee has shifted to telling us what we can and what we cannot do, and how to run our lives. He claims that “science” is guiding his decisions, but he’s been unwilling to share that “science” with the public. That makes it seem like partisanship is his motivation, as he just can’t make his mind up on how to run the state and be a true leader.

It’s become clear in the last few weeks that Inslee is increasingly unable to persuade the people using his fuzzy math and hyperbole in his press conferences. So, “Flip-Flop” Jay ran out and joined a coalition of five states (not surprisingly, all with Democrat governors) to try and add credibility to his case. His group’s first act? Turn to the federal government and demand $1 Trillion (that’s with a ‘T’) to bail states out for being unable to control their spending when the economy was booming over the last decade.

Democrat California Governor Newsom claimed, when demanding the money; “Without federal support, states and cities will be forced to make impossible decisions.” Decisions like “whether to fund critical public health care that will help us recover, or prevent layoffs of teachers, police officers, firefighters and other first responders”.

Why is it whenever politicians want more money, they claim critical services won’t be funded and yet when they finally get the money, their budget “priorities” contain so much pork it would make the owner a BBQ shack blush (through their Inslee-approved mask, of course).

Real leaders wouldn’t have overspent in the first place and would be looking to reduce spending now – maybe by looking first at the items added to the budget in recent years that have little to do with the “impossible decisions” Newsom described.

Real leaders would work now to minimize the impact to essential services and government workers. Instead, taxpayers are presented with false dilemmas and cheap rhetoric using the crisis as way to expand government spending and waste.

The coronavirus is a serious situation – so why is Inslee treating it as an opportunity to jam through partisan priorities?

It doesn’t stop with “Flip-Flop” Jay – there are other Democrats who would like you to believe they know what they are doing but are coming up short as the virus hits the fan.

Hiding behind his leader “Flip-Flop” Jay is Democrat State Senator Marko Liias. Liias has recently declared his candidacy for Lieutenant Governor, despite being losing in the primary for State Treasurer in 2016, with a poorly run campaign and a bankruptcy as his legacy.

When asked about Boeing’s coronavirus workforce reduction plans, the biggest employer in Liias’ district, all he could offer as a solution to mitigate the massive loss of jobs was to suggest a training program for ‘unemployed aerospace workers.’ No reasoning was offered as to why this would help the workers more than an actual job, how this program would help the state’s economy, or who would pay for it. If Liias follows his usual modus operandi, he will be increasing taxes on his constituents to pay for the training, and trying to move on to his next government paycheck.

Democrat State House Majority Leader Pat Sullivan didn’t respond to the Boeing situation any more thoughtfully. The Boeing plan received an ‘it’s scary’ response from Sullivan, and he hoped the layoffs would be voluntary. Someone might mention to this veteran legislator that ‘hoping things work out’ is not a leadership quality that works. Sullivan may have realized this on his own, as he announced plans to retire from the legislature earlier this year.

The coronavirus has uncovered the inadequacies of many of the current batch of elected officials in Washington State. This November the voters will have a chance to elect qualified candidates who put leadership ahead of partisanship, to positions all over the state.

Maybe then we will get some serious leaders who can help turn the state around.