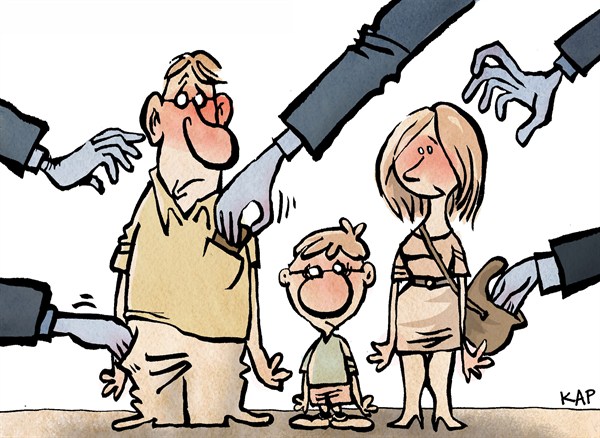 The COVID-19 crisis is moving so fast that politicians find themselves unable to keep up. Consider that, on April 9th, President Trump asked Congress for an additional $250 billion dollars to add badly needed funds to the Small Business COVID-19 relief program. This was a program that has been heavily oversubscribed with loan applications since it had been launched two weeks earlier.

Unfortunately, Washington D.C. Democrats couldn’t resist overreaching, and immediately blocked the bill, attempting to load it up with special interest restrictions, more money for even bigger government, and earmarks for their home districts.

It’s a common theme we are seeing in both Washingtons.

Here at home in Washington State, Seattle Councilmember Kshama Sawant recently took a jab at Amazon and the Seattle business community. Sawant renewed the call for a tax on the retail giant and other employers to pay first for coronavirus efforts, and then for social housing and Green New Deal programs. Never mind that Amazon is voluntarily donating massive amounts of capital to help with crisis relief efforts and continues to keep as many people employed and on the payroll as possible.

That, apparently, isn’t enough for Seattle Democrats (or Socialists) like Sawant.

If you think Sawant is alone in calling for more taxes in a crisis, think again. Democrat Mayor Jenny Durkin is also getting in on the action. Durkin is pushing for an income tax despite the Washington Supreme Court decision last week that blocked the City of Seattle from creating one. Using the coronavirus as an excuse, Durkin said, “Those that have more can – and must – do more. This has never been more true than now.”

Maybe Durkin can lead by example by donating a chunk of her six-figure salary to crisis relief efforts.

The move of the Boeing headquarters from Seattle to Chicago demonstrated, back in 2001, that if you keep telling your local businesses you want to tax them out of profitability, they eventually will pack up their bags and go somewhere else. Amazon is no different and recent real estate investments in Bellevue indicate they are in the process of doing the same as Boeing.

Goodbye Seattle — and Seattle politicians can say goodbye to all that tax revenue the city has enjoyed.

Democrat lawmakers in Olympia also took a shot at creating a new head-tax earlier this year. The bill, sponsored by Seattle Representative Nicole Macri, in a similar fashion to Sawant’s and Durkin’s misguided efforts, would tax large businesses in King County unfairly.

The point that is lost on all these liberal politicians is that the more they increase taxes, the greater the chance they kill the golden goose that generates the tax base their governments depend on.

Businesses exists to make money and grow the economy. They provide jobs in the community and often have extensive philanthropic efforts to make things better for everyone. Poke them in the eye enough and they will pack up their tents and leave, along with the jobs, the tax revenue, and the community investment that the Democrats so love to collect.

In 1930, the Smoot-Hawley act was passed to generate more revenue for the federal government by raising taxes. It had the opposite affect and the country slipped further into the Great Depression. Several decades later, economist Arthur Laffer theorized that cutting rates would increase revenue for the government, as the economy grew. In economist circles, it’s called the Laffer Curve and up to a point, it works.

If this all sounds too familiar, it probably is. Every Ferris Bueller fan know it’s called “Voodoo Economics”.

Maybe the liberal Democrats who are so intent on ballooning the tax rolls to fund their special projects should take a break, watch the movie, and learn some basic economics.