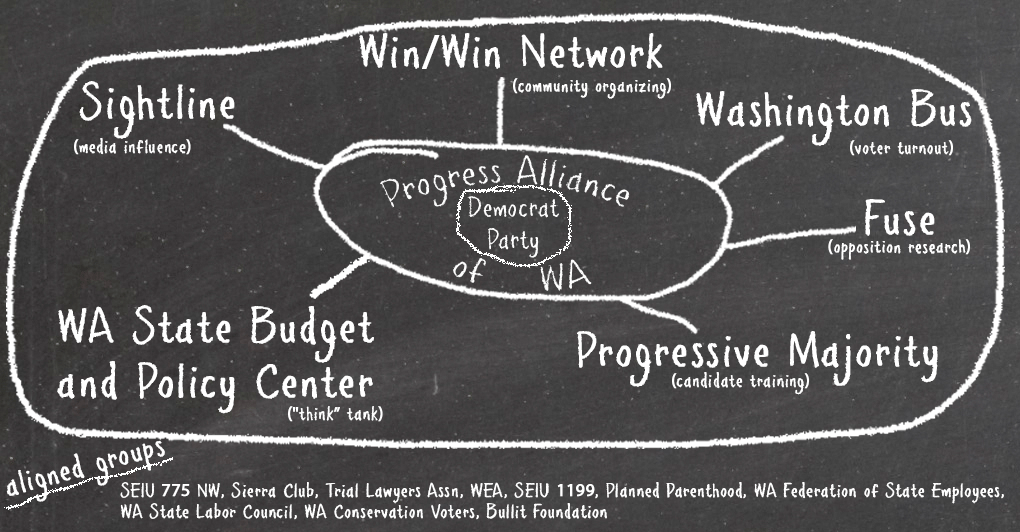 Politico published this morning an internal “briefing book” that is undoubtedly causing headaches for a few liberal mega-donors who value their privacy.

The “briefing book” details the investments of the Democracy Alliance, which George Soros founded in 2004 to try and elect John Kerry President. Despite that failure, the DA – as it is affectionately known by its secretive mega-donors – has marched on, spending hundreds of millions of dollars building a national network, with the help of state-level copycats like the Progress Alliance of Washington.

The team at Shift has written extensively about the liberal secret-money network in our state, and even one member of the mainstream media did some research on Progress Alliance as well, which revealed that at least $8 million has flowed through the secret group and into Democrat campaigns.

It remains to be seen whether this latest national exposé will cause further investigations into how rich liberals in Washington State are funding Democrat support groups, but at least the hypocrisy about Democrat attacks on big-money in politics is on full display.