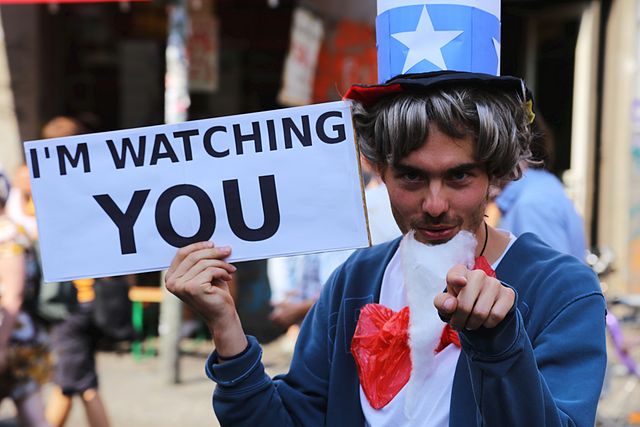 You likely have been distracted by more pressing matters – a pandemic, economic lockdowns, civil insurrection, etc.), but over the last few years the Washington State Department of Transportation (WSDOT), under the control of Democrat Governor Jay Inslee and his political appointee Secretary Roger Millar, have been gradually adding more and more restrictions to how, and when, you can drive your car.

The latest scam to force car owners to pay new taxes for the privilege of making it more difficult to get around is the Road Usage Charge, or RUC, which requires you to report to the state when and where you drive. While the program is still in a pilot phase, you can bet Millar and Inslee will want to make it mandatory as soon as they can.

The program requires a GPS tracker in your car, so the state can record how fast you are driving, where you drive and at what time you drive. It even records how fast you go around corners. All this data is collected so that Millar and his minions over at WSDOT can send you a bill at the end of the month for daring to actually use the roads you pay for.

The state claims it will never share this data with anyone else, but you can bet your insurance company will want to know if you have a lead foot or drive in some other way they don’t want you to. It will only be a matter of time before, in the interest of the “public good”, the state will sell your data to your insurance company. Some insurance companies are already piecing together your driving habits, and will jump at the chance to have the state provide them with data on everything you are doing in your car.

And this is just one of the ways that WSDOT wants to make you pay more to get to work, and to track your movements while doing so.

In Seattle, after city officials and WSDOT failed to maintain the West Seattle Bridge and thus allowing it to fail prematurely, the Seattle Department of Transportation (SDOT) is now restricting traffic on the lower West Seattle swing bridge because they are afraid the bridge might suffer traffic congestion due to the diverted traffic.

SDOT allows buses on the swing bridge, of course, since that is the preferred method of transportation the politicians want for everyone but themselves.

In order to enforce the restrictions, SDOT is taking advantage of a law championed by liberal West Seattle State Rep. Joe Fitzgibbon, and passed by the legislature last year, which authorizes WSDOT to use cameras to track your every move.

The camera bill is the start of the slippery slope into state surveillance of everything you do. If you think that sounds like hyperbole, just look at the UK. George Orwell, eat your heart out.

Of course, we would be remiss without mentioning WSDOT’s favorite taxing method, toll roads, where the bureaucrats literally tax you for using the roads you already paid for with your gas taxes. If you think we’re being paranoid, just look at the published plans which show WSDOT wants to expand tolling from Everett to Tacoma and Seattle to Issaquah.

With Rep. Fitzgibbon’s new camera law, WSDOT (in addition to tolling you), can measure your speed in the toll lanes, and eventually send you a ticket in the mail, thus streamlining the process so that they can confiscate more of your money. Under Millar’s direction, WSDOT does everything it can do to make it harder to drive, but much easier to pay fines when you do something they don’t approve of.

Inslee, Millar and WSDOT hate the fact you are able to drive when and where you want to. The bureaucrats believe they should be able to restrict where you live, and make you use the buses and trains they provide to get to work and visit your family. They want to tax you more when you do something that they don’t approve of, and fine you when you do something they deem “un-mutual”.

WSDOT’s only frustration is the state can’t tax you fast enough. The bureaucrats must be hoping that pretty soon there will be an app for that.