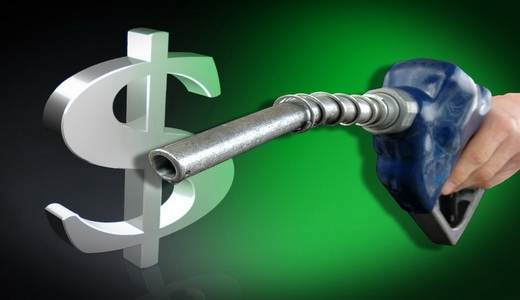 In their latest attack on drivers, extreme “green” Democrats (and their big campaign donor friends in the far-left environmental activist community) are pushing for what amounts to a massive (and hidden) tax increase on the driving public. The bill, sponsored again this year by Democrat State Representative Joe Fitzgibbon, would have Washington become just the third state in the country with a Low Carbon Fuel Standard (LCFS), which sounds great until you realize that this mandate can reduce your car’s efficiency by 20% and that mandated fuels can damage car engines.

Not only that, but Rep. Fitzgibbon’s House Bill 1091 requires the state to return to 1990 carbon emission levels  within 30 years. That kind of unprecedented reduction, according to the Environmental Protection Agency’s website and based on today’s energy consumption rates, means only 1 in 6 people in Washington could drive a car or 576,000 houses could be heated with today’s fuels.

Sounds extreme? You bet it is.

It shows the true colors (green), and the lengths the radical Democrat environmentalist legislators will go to keep their far-left Birkenstock-wearing friends happy.

Estimates are that an LCFS could cost the average driver an additional 57 cents per gallon at the pump, with almost no actual positive impact for the environment. It shows that Democrats don’t actually believe LCFS will help the environment, they just want to price you out of your car.

The Urbanist website, often the source of the Democrats’ favorite wingnut ideas, lamented the fact that the car has improved everyone’s life and “wouldn’t it be good to just go back to walking to work every day.” Their goal is seemingly to make walking more attractive by slowing traffic down to a crawl and passing a LCFS tax is one of their favorite dreams – even while it’s been most everyone else’s nightmare for the last four years that the bill has been introduced in the state House.

Rep. Fitzgibbon, his environmental buddies, and the other extreme green Democrats want you live in a smaller house, drive less (or not at all), and pay more taxes for their electric dream of trains everywhere. The Democrats think we can live at home, remote work and just have our food and supplies delivered to our doorsteps.

Though the far-left doesn’t like to admit it, there is a disconnect between the urbanist utopian life and reality. Plenty of real people have to drive to their job site, work hard all day, and have little choice but a long commute since they can’t afford high-rise Seattle condos.

HB 1091 has already moved through two committees in the House, though it was a “narrow” pass through Appropriations on February 9. The vote count was 17-15-1, with two Democrat House veterans (Majority Leader Pat Sullivan and Deputy Majority Leader Larry Springer) refusing to join their colleagues in the Yes column.

The far-left environmentalists were publicly ecstatic (along with the usual shaming of anyone voting against them), though they seemed surprised the bill was referred to the Transportation Committee, for yet another public hearing this Tuesday.

There are certainly cracks appearing in the Democrats’ environmental “green wall”. Seems some Democrats are struggling with the amount of new taxes the majority of their party activists are pushing for.

Unfortunately for them, the left’s desire for new tax revenue is insatiable, from Jay Inslee on down to your local school board. Consider that the House transportation budget includes 26 unique tax increases, from trip permit fees to a 200% increase in data fees for record access. If those taxes, and the 57 cents increase per gallon thanks an ineffective LCFS weren’t enough, there is also an additional 18-cent gas tax under discussion.

And, in a strange twist of “do as I say, not as I do”, Democrats exempted gasoline that is exported from Washington from the new LCFS requirements. That tax revenue on the exported gasoline must be too tempting for them.

There is some good news though. Military vehicles are exempt from the new fuel standard, so at least AM General will make a profit on the expected surge in Humvee sales.