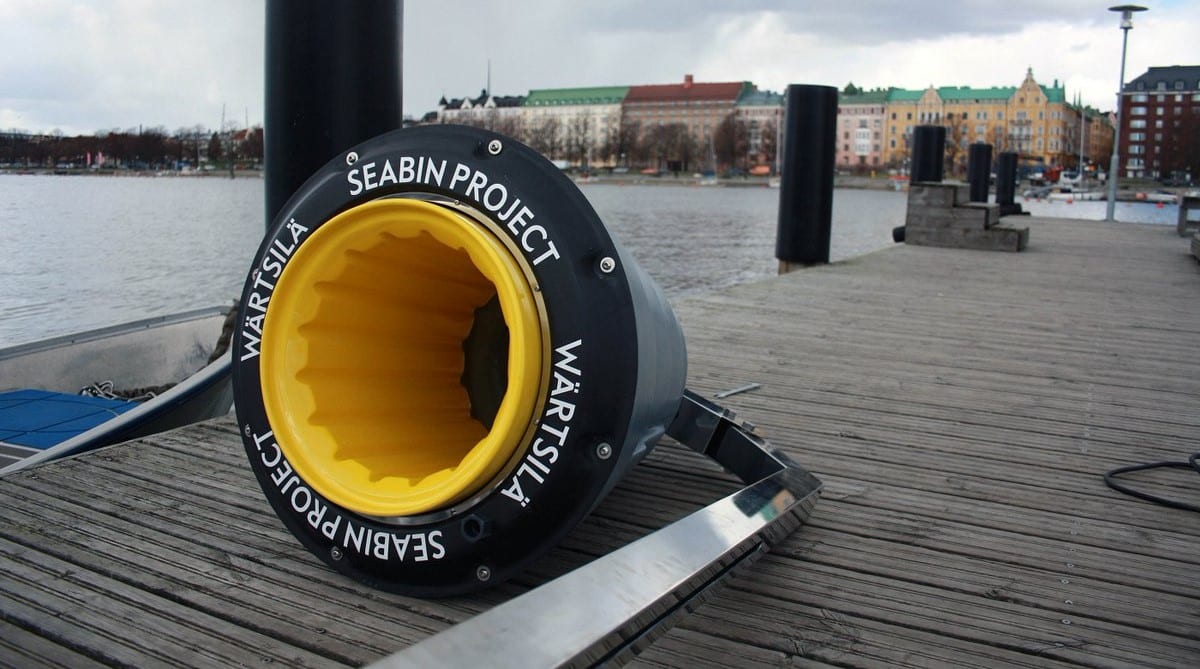 Todd Myers, Director of the Center for the Environment at the Washington Policy Center, has authored his second book, Time to Think Small (

November 1 release date) which examines the failures of large (and often very expensive) government climate initiatives and how collective use of technology will solve many of the environmental challenges which government cannot.  We asked Myers to give Shift readers some insight from his latest book and briefly explain how the use of technological innovation is already solving many environmental problems. Myers outlines how government banning plastic grocery bags does very little to solve the problem of plastic in the ocean, yet two different projects using technology are more effective in removing destructive materials from our waterways.

This Thanksgiving, like many in recent years, there will be plenty of articles advising college students about how to talk with their backward conservative relatives, especially on the environment and climate change.

Here’s a chance to offer a little push back between the turkey and pumpkin pie.

My new book can give you the information and arguments to set the record straight about what really helps the environment – market innovators, not politicians. Time to Think Small: How nimble environmental technologies can solve the planet’s biggest problems, available on Amazon, explains how environmental technology is solving the problems that government cannot.

Once you’ve finished listening to them explain why only big government can protect the environment, you can offer a few facts about how political policies are not only expensive and hurt our economy but aren’t helping the environment.

For example, this summer, when California’s bad energy policies lead to blackouts last summer, homeowners did what the government could not – avoided the crisis. Facing blackouts, utilities sent a text to customers asking them to conserve energy – turn off lights or wash clothes later. Within five minutes, demand plummeted, avoiding the blackouts. And one text reduced energy use more than all of the expensive batteries California has installed, combined. And the homeowners saved a little money too.

The energy crisis, created by short-sighted politicians, was fixed by homeowners who were looking to save money, using simple technology. What politicians destroy, empowered individuals fix, thanks to market-based innovation.

Reducing the amount of plastic in the ocean is another dramatic example.

In Washington, politicians banned plastic grocery bags, claiming it would reduce the amount of plastic in the ocean. But studies show this does virtually nothing to help because the real problem is from developing countries like the Philippines, Brazil, and elsewhere.

Tired of seeing garbage in the water, two surfers created a floating trash bin with a pump that draws water in and captures floating trash. Called Seabin, it was funded by a crowdfunding campaign and is now in marinas across the globe. Already they have collected about 7 million pounds of trash.

Even more dramatic is the work being done by a group called Plastic Bank. They pay people in developing countries to collect plastic trash and turn it into a Plastic Bank location. They pay the workers on cell phones since many of them don’t have a bank account. They also know exactly where the plastic was collected using the GPS on phones and they even have a web page where you can see what plastic was collected and where. When was the last time a government program was that transparent?

Plastic Bank’s program is having amazing success. So far, they have collected more than 3 billion plastic bottles and more than 140 million pounds of plastic trash.

While governments are grasping for solutions, banning plastic bags which will do little, private efforts using basic technology are making a massive impact to reduce ocean plastic.

There are many more examples and people from across the political spectrum are beginning to take personal action rather than outsourcing environmental stewardship to politicians.

And when your relative says they won’t read something written by a right-wing lunatic, you can casually mention that the Foreword is written by someone from the World Wildlife Fund.

So, this Thanksgiving, when the climate and environment lectures begin, pour another glass of mulled wine, crack open Time to Think Small, and let your relatives know who the real environmental stewards are.

For more information on the use of technology to protect our climate and writings on other environmental topics, please visit the Center for the Environment’s page at the Washington Policy Center’s website.