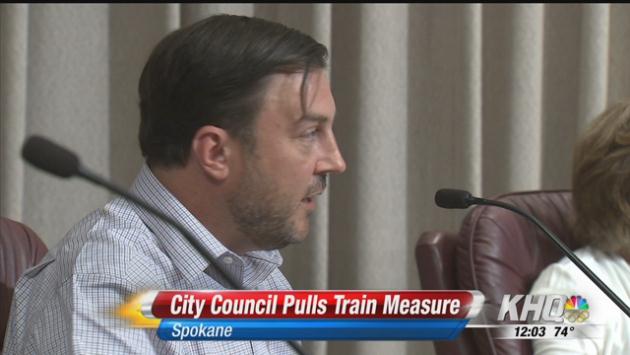 City Councilmembers in Spokane evidently came to their senses – or read the U.S. Constitution – and decided against wasting taxpayer dollars on an initiative that might feel good, but clearly violated the Commerce Clause. Of course, that’s what had been suggested to them a few weeks back.

As reported by the Spokesman-Review, “Three weeks after putting on the ballot an ordinance that would fine railroad operators up to $261 per car carrying flammable crude or coal through downtown Spokane, the City Council voted 5-2 on Monday to withdraw the measure. Supporters cited the certainty of a successful legal challenge to the proposal.”

Environmental activists were hoping that Spokane would take the symbolic step to try and derail coal trains from running through the city, as such an initiative would be good for fundraising by such groups. But, alas, “City Council President Ben Stuckart, who led the charge with a PowerPoint on July 25 depicting a dozen fiery oil train derailments, said he now believed the fine would expose the citizens to too much legal liability. ‘I don’t believe that it’s legally defensible, or defensible for us to bring forward,’ Stuckart said” in a moment of rare clarity.

The issue may not be dead, however, as the council members are still looking for a way to keep getting attention from railroad companies. As the Spokesman reported, “The council members who joined Stuckart in changing their minds to remove the issue from the ballot said proposing the ordinance set the railroad companies at odds with the city, which would complicate any efforts to improve safety standards through negotiations.”