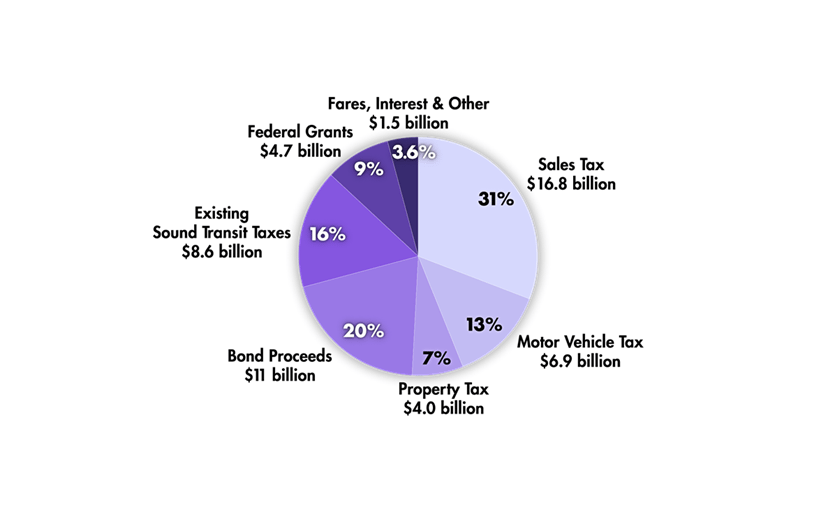 The spin machine has revved into high gear at the Sound Transit campaign to pass the state’s largest-ever tax increase for the $54-billion-dollar boondoggle known as Regional Proposition 1 (or ST3). The voters of King, Pierce and Snohomish counties will have to wade through some heavy muck over the next three weeks, until election day, to get to the truth about this measure.

Insight into how Sound Transit cheerleaders view the world was perfectly captured in the latest puff piece – part 3 of a series! – in the Seattle blog Crosscut. And their view is very different than the rest of us.

According to the transit true believers, the $8.7 billion which the region’s taxpayers are already committed to paying in taxes for the still unfinished portions of Sound Transit 1 (which was supposed to be done in 2006) and Sound Transit 2 is “free money.”

See how different that is from the $28 billion in new taxes which the Seattle-centric folks at Sound Transit want you to cough up in taxes starting next year, taxes which never expire!

Instead of accurately pointing out that the plan actually consumes over $36 billion in new taxes – and another $11 billion in debt, which will be paid for with taxes that last until at least 2060 – the blogger tries to lower the real hit on taxpayer pockets. And, or course, there is no mention that the nearly $5 billion in “federal grants” is also funded with tax dollars (or borrowing from the Chinese to fund our national debt).

What is also buried in the fine print is the fact that the actual user s of the system – those paying fares – are contributing less than three percent of the total $54 billion plan. That contribution is so low that is combined with “interest and other” to get it listed on the pie chart.

Even the cheerleaders at Crosscut have to acknowledge some warts on the big-money proposal, and its impact on funding our public schools, writing “some members of the legislature are also upset about the financing, particularly the degree to which the tax burden will hamper future efforts to raise revenues for school funding.”

But that doesn’t matter much to the light-rail zealots, who care only about their trains, not whether traffic congestion will be improved or whether $54 billion could be spent more efficiently.

After all, there’s all that free money! 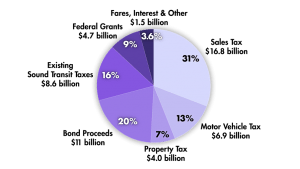